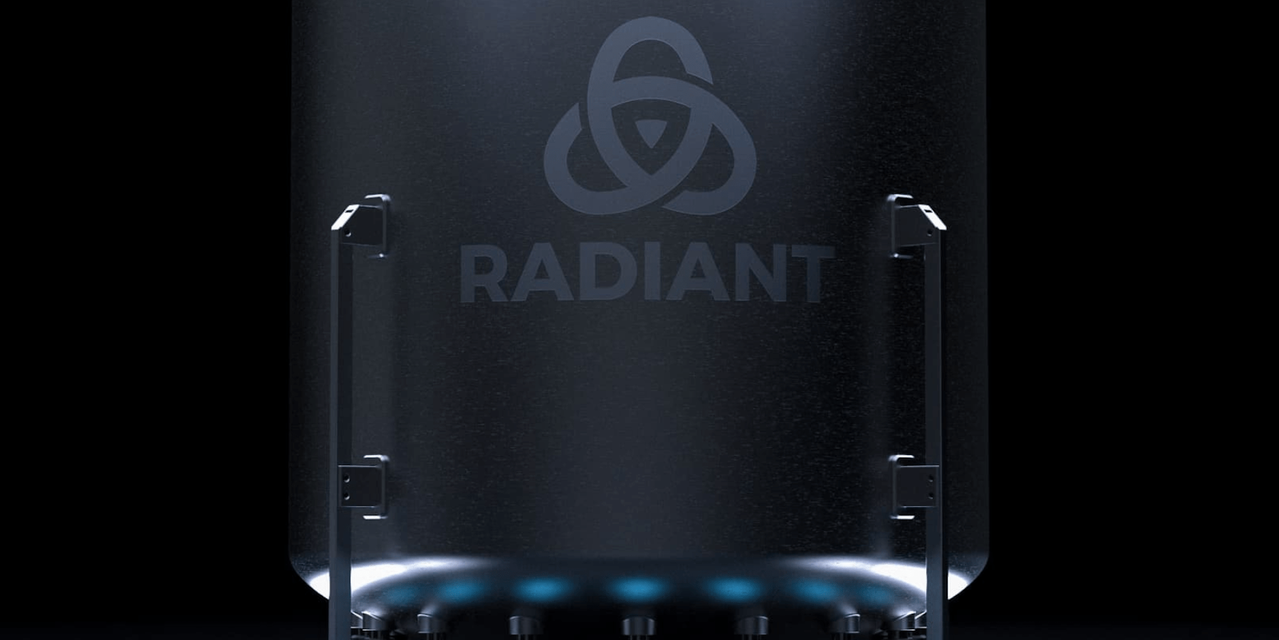 The shipping-container-sized units are capable of operating independently from the electric grid to supply highly resilient power for critical loads under normal and emergency conditions.

The El Segundo, Calif.-based company was founded by a group of former SpaceX engineers, one of whom is Radiant’s CEO, Doug Bernauer. (Tesla’s TSLA, +3.43% Elon Musk founded SpaceX.) I discussed with him micro reactors’ potential, challenges and the future of the company, as well as Kaleidos, its 1.2-megawatt (MW) nuclear reactor.

MarketWatch: Could you tell us a few things about yourself and the company? Why did you move from colonizing space — one of SpaceX’s aims — to nuclear energy?

DB: I worked at SpaceX for 12 years, working on a wide variety of research-and-development projects. I joined SpaceX to help with the mission of colonizing space, which I still believe is one of the noblest causes, worthy of dedicating a life’s work. During the course of my time at SpaceX, I came to understand that you can only effectively turn Mars into a frontier with nuclear power. I began to study nuclear technology and found that portable nuclear generators could actually be a climate-friendly, cost-effective replacement for diesel generators on Earth. Portable generators can power remote islands and villages, and can provide backup power for life-saving applications like in hospitals or disaster-relief scenarios. Portable reactors could revolutionize the nuclear industry.

MW: What exactly are the portable reactors you’re developing?

DB: We’re developing Kaleidos, a 1.2MW reactor, or enough power for about 1,000 homes. The units are designed to last around five years, but the exact duration depends on the variability of the demand. After five years, the units are shipped back to the factory and can have the core replaced three times for a total of four core loads.

MW: How accessible will your reactors be to the general public in terms of price and regulations? Is this something small townships, or even a group of households in remote areas, could invest in on their own?

DB: Accessibility to the general public would only happen after deploying many units and proving safety with those earlier customers. The first customers are in off-grid, remote areas and power will be provided through utilities. Generally, the units are affordable, but they need a large enough community — at least hundreds of homes — to achieve efficient outputs.

MW: Other than providing electricity for households, where do you see Radiant reactors being used?

DB: Electricity generation, portable and scalable, can save lives, so it could replace diesel for hospitals or disaster relief. Any off-grid location, especially in cold regions, needs reliable power generation for the same reason. The military certainly operates in remote and off-grid locations.

MW: People generally consider nuclear energy quite dangerous. What are the risks of having one such reactor in a vicinity of a household? How different are they compared to conventional water-cooled reactors?

DB: These units aren’t going to be used in anyone’s backyard; they will only be installed by utilities where there is full public support. We use a meltdown-proof TRISO fuel, consisting of poppy seed-sized capsules surrounding tiny grains of fuel.  These particles can’t melt, and if they were dropped on the ground, they could be easily scooped up. We also use helium coolant, which uniquely doesn’t become radioactive. A helium leak would be insignificant, while the existing water-cooled reactors and new molten salt reactor leaks would both be hazardous and with potential to contaminate the ground.

MW: Do your products come in different shapes and sizes? Can we expect smaller reactors that could, perhaps, provide enough energy for a single household?

DB: You would never see a fission reactor for a single household; it would not be affordable with today’s technology. The shielding required doesn’t scale down at the same rate as the power level, so even a very small reactor is still extremely heavy. Scaling further down would only make sense to provide power in locations which are very expensive to reach with other power sources, such as space due to launch costs.

MW: Aside from (possibly) fighting the public perception of these devices, what other challenges are you facing as you launch a revolutionary product such as this one?

DB: We are innovating in an industry which is not accustomed to innovation. Materials sourcing and regulations still under development are challenges. A primary challenge we are facing is attracting enough experienced nuclear design engineers. We will revolutionize the industry, but we need experienced engineers to sign on so we can bring this technology to the world.

MW: How do your reactors compare to, say, a solar power plant that provides the same amount of power?

DB: Our unit takes up less space and can generate all the time, day or night, cloudy or clear. The solar plant would need battery backup to have similarly dispatchable power, which would lead to a very costly approach.

MW: How close are you to releasing your product on the market?

DB: We expect to hit markets in 2028. We’ve raised over $3 million to date and have received awards from DOE (Department of Energy) and DoD (Department of Defense). We’ve gone from three people a year ago to 14 today; we’re hiring rapidly. We have built a control drum, an advanced simulator and will release a demonstration in the next few months.

We should have a fueled demonstration in five years. Radiant will always be a portable nuclear reactor developer. In 10 years we should have 25 units built and operating and be working on another design. We currently have no planned future products — we are focused on our Kaleidos reactor development solely. Portable reactors could be used anywhere humans want to be. Power-generation sources are the root of life support — if you have power, you can purify water or air and grow food.

MW: Thank you, Doug. This was very interesting and highly informative.

There you have it. What’s your take on portable nuclear reactors? Do you see them as a hazard or the future of clean energy? Let me know in the comment section below.

Market Extra: GE is breaking up, but it wants a bunch of its debt...

Gold futures settle at lowest in more than a week