Home Breaking News You want flies with that? Insect protein heads for pet food, and... 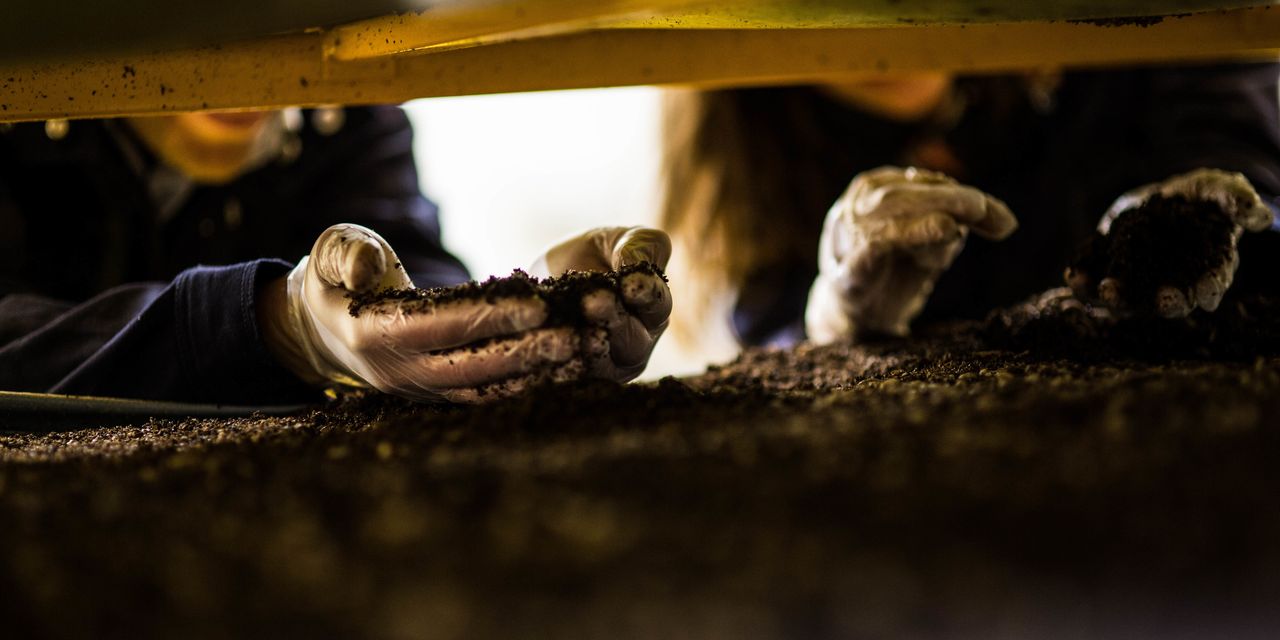 Black soldier flies for breakfast, lunch or dinner? Paris-based biotech company InnovaFeed is investing in a future where this could be an everyday possibility.

First, the company is partnering with Archer-Daniels-Midland Co. ADM, +0.97% to bring the ingredient to pet food.

InnovaFeed has announced a partnership with ADM’s pet food division to expand the sustainable pet food industry into the use of insect protein. The move also marks InnovaFeed’s expansion into the U.S. market.

Black soldier flies have been recognized as an inexpensive and eco-friendly protein source for animals and fish. U.S. regulation now allows the inclusion of black soldier fly in dog food.

InnovaFeed’s proprietary technology brings the black soldier fly, or Hermetia Illucens, “back to its rightful place at the heart of the food chain,” the company says.

For ADM, the partnership is a chance to expand the company’s animal nutrition business, which was up 19% to $940 million in the fourth quarter.

“Pet solutions is a strategic growth opportunity for ADM, with $100 billion in demand growing 4.5% a year,” said Jorge Martinez, president of ADM pet solutions, in a statement announcing the InnovaFeed partnership.

“Pet owners increasingly are demanding the same kind of sustainable, healthy products they eat themselves.”

The move towards greater “pet humanization” alongside a surge in pet adoptions during the COVID-19 pandemic has given companies like Petco Health & Wellness Co. WOOF, +3.21% and others a quarterly earnings boost.

Moreover, diners are increasingly concerned about climate change, and the impact their purchases and consumption are having on the environment. Beyond Meat Inc. BYND, +0.34%, Impossible Foods and a slew of other plant-based food companies; fast-food chains like McDonald’s Corp. MCD, -0.07% and Yum Brands Inc.’s YUM, -0.69% KFC; and even meat companies like Tyson Foods Inc. TSN, -0.92% are creating and investing in animal meat alternatives that promise to not only taste good to humans, but lessen the impact that people’s meals have on the Earth.

See: McDonald’s is expanding its test of the plant-based McPlant sandwich to 600 more locations

The global insect protein market across plants, animals and humans is expected to grow to $113 billion in the next few years, according to data provided by InnovaFeed. The company plans to begin research and development operations at what it says is the world’s largest insect-protein manufacturing facility in Decatur, Ill. later this year. And the company sees the U.S. as a “promising market” for launching ingredients for human consumption in 2022, including sports nutrition products, healthy snacks and meat alternatives.

“It’s digestible and adaptable to human needs,” said Clément Ray, co-founder and chief executive of InnovaFeed, on a video call with MarketWatch, adding that the amino acid profile of the black soldier fly is “much closer to what humans need than plant protein.”

One of the big hurdles for companies offering plant-based alternatives is mimicking the taste of animal-based products. Ray says black soldier flies have that covered as well.

“As an ingredient, it’s good,” he said. “You don’t need to add things to enhance the flavoring.”

To be sure, humans all over the world are already eating insects as snacks and even fine dining options.

But InnovaFeed says wider consumption will lower the carbon footprint of the food system, with about 20% of current global carbon emissions coming from the food industry. The company’s vertical farming model is zero waste and uses fewer resources than widely used animal feed.

“Everyone wants products that are good for health and good for the planet with a good taste,” Ray said.

: Child-care costs are outpacing inflation — the average cost of daycare for infants...

: JPMorgan sues Tesla for $162 million in dispute related to...