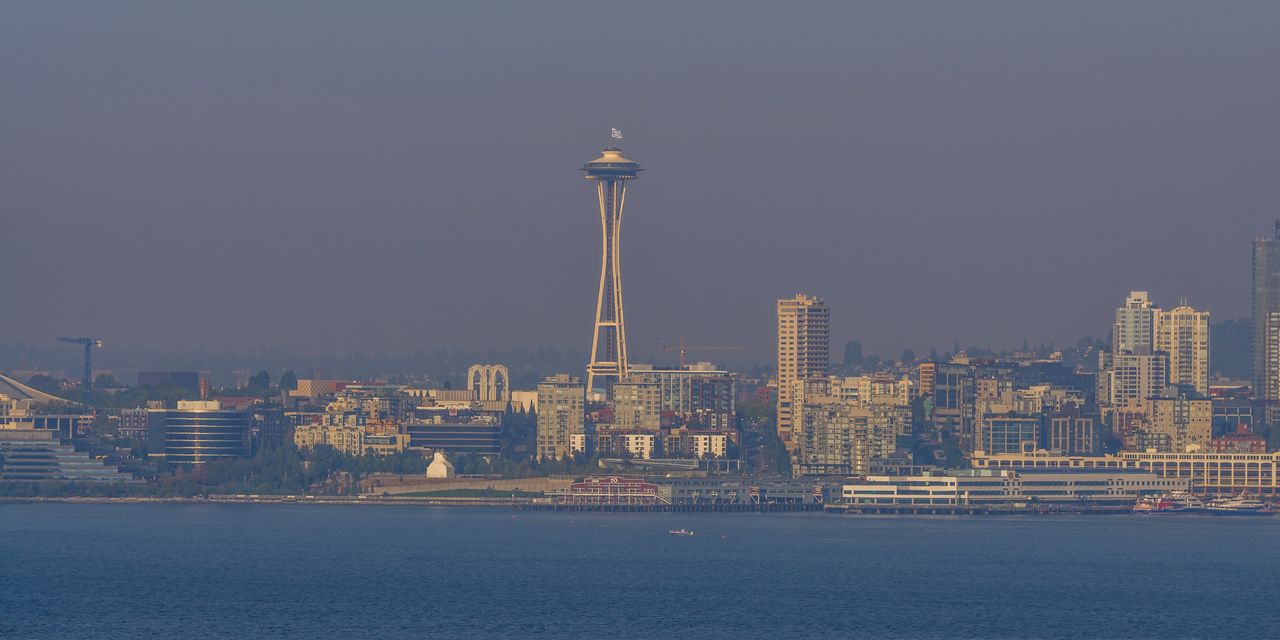 People in the Pacific Northwest now have another reason to put on a mask: dangerous air because of recent wildfires.

In fact, Seattle’s air quality Thursday morning is the worst of any place in the world, at least according to Swiss-based air-quality tracker IQAir’s rankings. For this section of the U.S., wildfires — which scientists say have gotten worse with climate change, continued development, and controversy around fewer controlled burns — are to blame.

The air quality in the Seattle region was measured at 238 on the Air Quality Index (AQI) at 7 a.m. local time Thursday, putting Seattle just ahead of Portland, Ore., in that measure. Other readings over the past couple of days have Portland pegged as worst. Bejing, China, Delhi, India, and Lahore, Pakistan are also in the top five. Seattle measured as high as above 250 on the AQI Wednesday night.

Vancouver, B.C., also ranked in the top 10. Ongoing wildfires in the Cascades were the cause of the Seattle-area pollution problems. And the Portland-area culprit is a Southwest Washington wildfire plus weather conditions that allow the smoke to stagnate. The Oregon Department of Environmental Quality issued an air quality advisory in effect until 6 p.m. Thursday.

Read: Portland and Seattle hit 100+ degrees — what’s a heat dome and how is climate change bringing these extremes?

“Wildfires burning in the region combined with forecasted conditions will cause air quality to reach unhealthy levels at times through Thursday,” the National Weather Service said. Air quality should improve Thursday night into the weekend, as winds clear out the smoke, the forecast said.

Multnomah County, Oregon, officials also reminded citizens to stay inside if possible; keep windows and doors closed; and be mindful that cloth, dust and surgical masks don’t protect from the harmful particles in smoke.

How does climate change impact wildfires and air quality?

Multiple studies have found that climate change has already led to an increase in wildfire season length, wildfire frequency, and burned area, the Environmental Protection Agency says. The wildfire season has lengthened in many areas due to factors including warmer springs, longer summer dry seasons, and drier soils and vegetation.

Oregon meteorologist Jeff Forgeron explained why conditions are so tough in the city streets, and offered his forecast for improvement, in a tweet.

Not just a developing-world issue

For the developed West, the conditions are a taste (an acrid, throat-burning one, at that) of the global air pollution problems that the developing world struggles with routinely.

In Delhi, for instance, open-air burning of fuel for cooking, as well as lighter regulation of industry emissions, and auto use in a fast-growing Indian city are factors that the population contends with on a regular basis. Seasonal factors also play a role: the burning of crop stubble, for instance. During the crop-burning season, the practice, and the effects of north-westerly winds, can account for up to 45% of Delhi’s pollution, according to government meteorologists.

China, for its part, has pledged greater strides in switching to wind, solar, nuclear and other “greener” energy and power sources ICLN, -0.84%, but for now, its fast-growing gas-powered vehicle markets and its lingering reliance on coal are the primary sources of the country’s dangerously high levels of air pollution, says IQAir.

Read: ‘Nothing else here’: Why it’s so hard for world to quit coal

Air quality, especially with the global health awakening that came with the COVID pandemic, is top of mind for health professionals. Climate change conditions will only keep up the pressure on lawmakers and industry to slow the global warming that can make it harder to breathe, through pollution itself, but also because climate change is adding to dry and extremely hot conditions that spark wildfires, says the UCAR Center for Science Education.