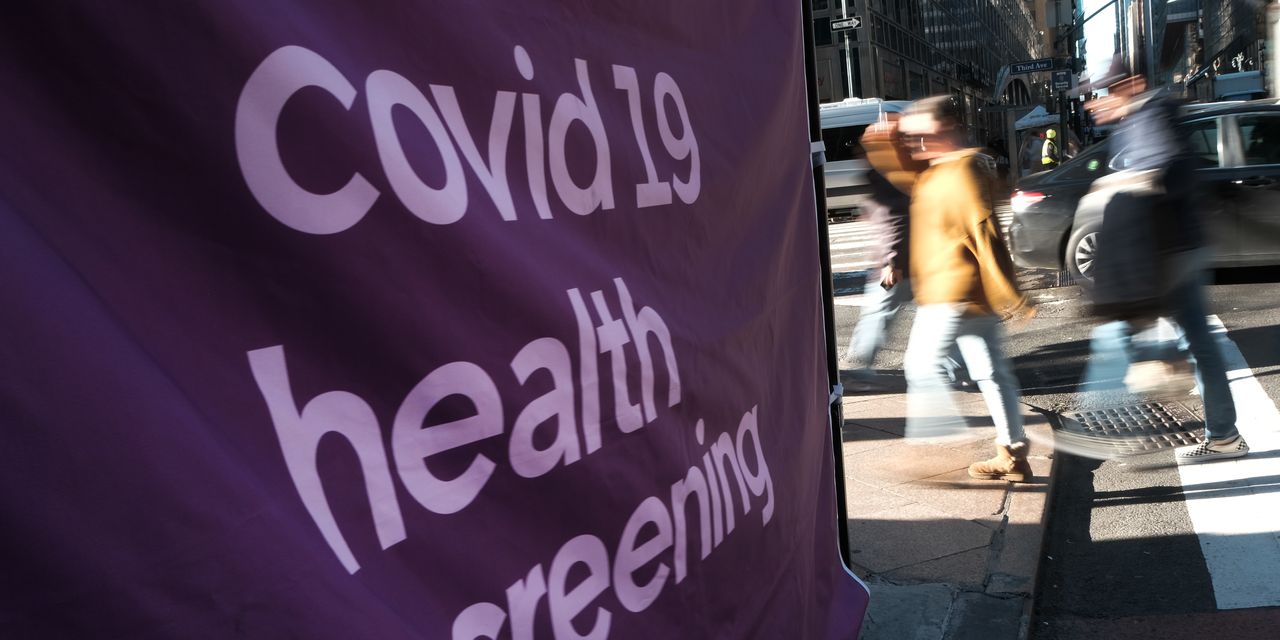 The COVID-19 variant XBB.1.5, a highly transmissible subvariant of omicron, has rapidly become one of the most dominant strains of the virus in the U.S.

In the first week of January, XBB.1.5 made up an estimated 27.6% of new COVID-19 cases in the U.S., according to data from the Centers for Disease Control and Prevention published late Friday morning. The CDC also adjusted last week’s estimates to note that the subvariant made up 18% of new infections for the week ending Dec. 31, not 40% as had been previously reported.

“It is the most transmissible subvariant that has been detected yet,” Maria Van Kerkhove, an epidemiologist and the World Health Organization’s technical lead for COVID, told reporters this week. “It is rapidly replacing other subvariants in some countries.”

Like other circulating subvariants, XBB and its descendants developed from omicron, specifically the BA.2.10.1 and BA.2.75 sublineages. An XBB subvariant caused a wave of cases in Singapore in the fall. But it wasn’t until the start of the year, when the CDC estimated that XBB.1.5 made up 40% of new infections in the U.S. (an estimate that has now been adjusted to 18%), up from 3.7% in the first full week of December, that alarm bells went off in the medical community.

“Whether we’ll have an XBB.1.5 wave (and if yes, how big) will depend on many factors, including immunity of the population, people’s actions, etc.,” Ashish Jha, the White House’s COVID response coordinator, tweeted Wednesday.

In what has become a familiar pattern when a concerning variant pops up, officials from the Food and Drug Administration, the White House and WHO this week began sharing information about XBB.1.5.

What makes XBB.1.5 different from other strains of SARS-CoV-2?

XBB.1.5 is more transmissible than other strains of the virus, although it’s unclear whether infections stemming from the subvariant cause more severe disease. Government officials in Singapore said in mid-October that there was “no evidence of [the] XBB subvariant causing more severe illness than previous variants. In fact, our local data in the last two weeks shows that XBB cases are estimated to have a 30% lower risk of hospitalization compared to Omicron BA.5 variant cases.”

However, the subvariant is believed to be better able to evade immunity than BA.5 or BA.2, raising people’s risk of infection or reinfection.

“The XBB variant and its related variants (XBB.1 & XBB.1.5) are sweeping through the Northeast and will likely move to other regions quickly,” Robert Califf, the FDA commissioner, tweeted Wednesday. “At this point, we’re experiencing an increase in cases with no evidence of increased severity of illness related to these variants.”

The new bivalent vaccines likely provide some protection against XBB. BioNTech BNTX, +3.56% and Pfizer PFE, +2.33% said in November that their newly designed COVID booster led to a 4.8-fold increase in neutralizing antibodies against XBB.1, compared with the original shot, which generated a 1.5-fold increase in antibodies. Moderna MRNA, +3.58% has not shared any data about how its bivalent shot performs against XBB or its subvariants.

“Although the updated vaccines are substantially lower in neutralization titers against XBB than [against the original strain of the virus], based on previous scientific studies, the amount of neutralization is in the range that is expected to provide some degree of protection against XBB,” Califf said on Twitter.

The New England Journal of Medicine this week published a research letter indicating that Gilead Sciences’ GILD, +2.35% Veklury, Merck’s MRK, +1.28% Lagevrio and Pfizer’s Paxlovid — all antiviral treatments — are efficacious against BQ.1.1 and XBB. And Jha, the White House coordinator, said “all the evidence” indicates that currently available COVID tests can detect XBB.1.5.

XBB.1.5 is dominant in New York. What does that mean for the rest of the U.S.?

Much of the concern about XBB.1.5 comes from data in New York and other Northeastern states, where COVID hospitalizations are rising. In the last week of December, XBB.1.5 made up 52% of all sequenced SARS-CoV-2 samples in New York, making it the dominant strain of the virus in the state, according to the health department.

“We don’t have data specifically on severity related to XBB.1.5.,” Mike Ryan, executive director for the health emergency program at WHO, said this week during a briefing. “However, we do note that increasing hospitalizations have been reported in the Northeast part of the U.S.”

However, the Rockefeller Foundation’s Pandemic Prevention Initiative cautioned against alarm, noting that there hasn’t been an increase in XBB.1.5 cases on a global level and that New York may have quicker turnaround times for genomic sequencing than other parts of the country.

“This could result in overestimates of XBB.1.5’s growth advantage,” the organization tweeted Thursday. “If XBB.1.5 happens to be circulating in a place with quick turnaround times, its estimated prevalence will be temporarily inflated until the rest of the data comes in.”

How the SWIFT sanctions against Russia work — and what impacts...