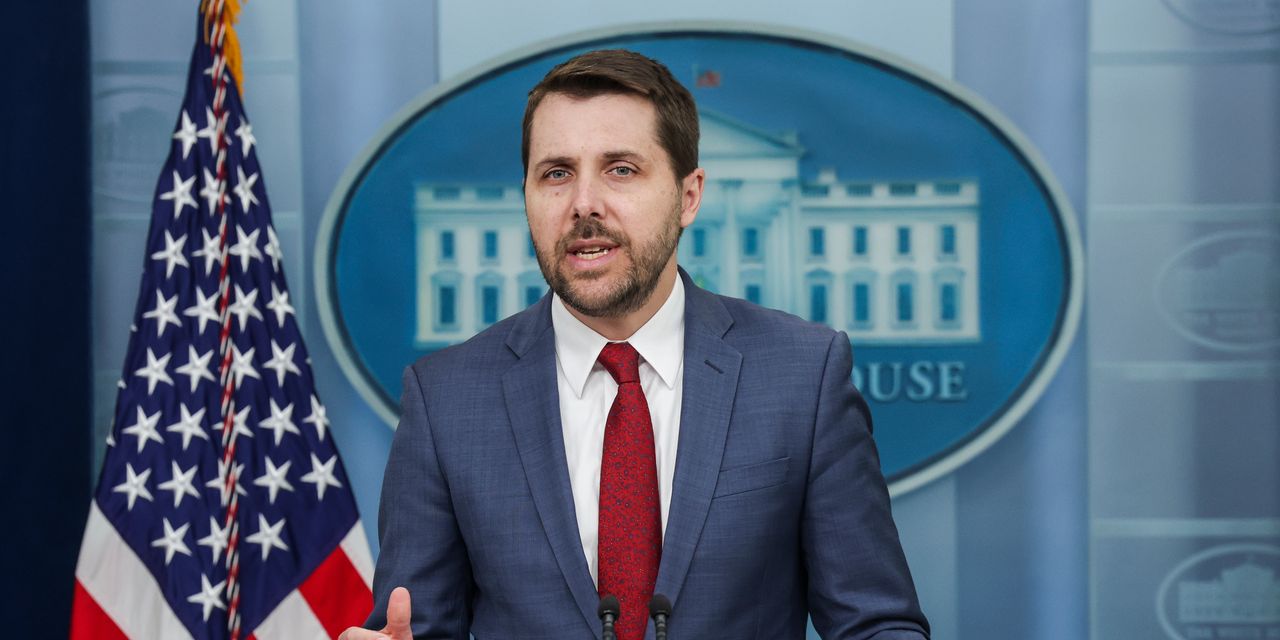 The Biden White House on Tuesday played defense before Thursday’s much-anticipated reading on U.S. gross domestic product, which ended up showing a drop for the second quarter in a row.

Rarely has GDP shrunk for two straight quarters without a recession being declared, but the organization responsible for making that call takes into account other factors as well, such as the health of the labor market.

So Biden administration officials made an effort to make that clear.

“As Secretary Yellen said on Sunday, two negative quarters of GDP growth is not the technical definition of recession. It’s not the definition that economists have traditionally relied on,” said top White House economic adviser Brian Deese during a press briefing on Tuesday, referring to remarks over the weekend by Janet Yellen, head of the Treasury Department.

Deese, director of the National Economic Council, also said the administration has a goal of “transitioning from a historically strong recovery into a period of more stable and steady growth.”

But on Thursday morning, a government report said the U.S. economy shrank at an annual 0.9% pace in Q2 to mark the second decline in a row in GDP, intensifying a debate over whether the country has already sunk into a recession.

At 2:15 p.m. Eastern on Thursday, President Joe Biden is slated to deliver remarks on the economy while meeting with CEOs to receive an update on economic conditions across key sectors, according to the White House.

Read more: A ‘fake’ recession? The U.S. economy is in decent shape for now despite weak GDP

And see: The U.S. won’t officially be in recession if GDP shrinks again — here’s why

Opinion: Everything you need to know about the economic recession that we are definitely not in right now

Republicans are widely expected to score wins in this November’s midterm elections, thanks in large part to Americans’ frustrations with raging inflation that’s hitting the U.S. economy.

High prices for essentials and other economic problems are helping to keep President Joe Biden’s approval ratings low — and providing talking points for the GOP to use against Biden and his fellow Democrats.

On Tuesday, Republicans on the House Ways and Means Committee said in a news release that the Biden administration is “now redefining recession and downplaying the red flags in the economy,” saying it’s a “rebrand” and the “latest attempt to deny the cruel economy they’ve created.”

U.S. stocks SPX, +0.35% DJIA, +0.26% looked on track to trade lower Thursday, after a euphoric reaction by investors on Wednesday to comments by Federal Reserve chief Jerome Powell suggesting the pace of interest-rate hikes may slow.

Investors also have been assessing a warning from the International Monetary Fund, which said the world “may soon be teetering on the edge of a global recession.”

Plus: Biden touts South Korean company’s $22 billion investment in U.S. manufacturing: ‘America is back to working with our allies’

This is an updated version of a report first published on July 26, 2022.