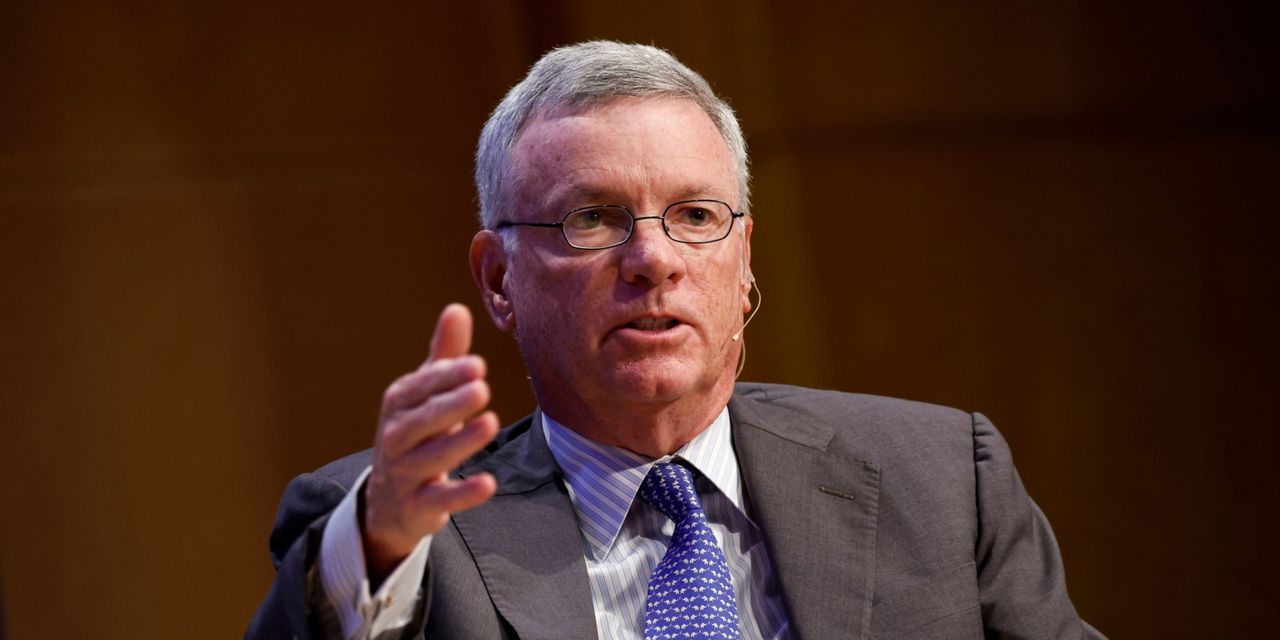 Visa Inc. Chief Executive Al Kelly plans to step down from that role in February, to be replaced by Ryan McInerney, the company’s current president and a veteran of the payments giant for nearly a decade.

Kelly, who’s been with Visa V, +0.40% in the CEO role since late 2016, said the timing of the change was right for him in a number of ways, as he’s soon to turn 65 and has a “lot of energy” to move into the next chapter of his life. He plans to embrace both his role as a grandfather and to continue to serve Visa through an executive chairman position on the company’s board of directors.

After working with McInerney for the past six years, Kelly sees him as a worthy successor.

“He is ready to  be the CEO of this company,” Kelly told MarketWatch. “He’s a phenomenal executive. He has the ability to be extraordinarily strategic and he’s also an incredibly thoughtful, get-in-the-weeds problem solver.”

Under Kelly’s tenure thus far as CEO, Visa’s market value has increased to $437 billion from $181 billion, while its stock gained 173%.

He is nearing his 65th birthday next year, as is Visa, based on a popular understanding of the company’s origins.

Visa framed the transition as reflective of “the board’s very well-established and thoughtful succession plan,” according to comments from John Lundgren, the board’s lead independent director, in a press release.

“We see this announcement as part of a planned succession and do not think it will be a surprise to investors,” RBC Capital Markets analyst Daniel Perlin wrote in a note to clients.

McInerney has been responsible for Visa’s global businesses in his role as president, looking over the company’s product team and merchant team, among others. He’s been with Visa for almost a decade and sees “huge opportunity over the next 10 years” in areas like business-to-business transactions, government-to-consumer disbursements, and other payment functions that are newer to Visa.

In both emerging and developed markets, he told MarketWatch he sees the potential for an “amazing digitalization of what we call ‘new payment flows.’”

McInerney views Visa founder Dee Hock, who died over the summer at 93, as an “inspiration. Hock was “one of the original disruptors” who “saw things so far in the future that people couldn’t really imagine,” he said.

Kelly, who is staying on the company’s board, said he “will not be involved in the day-to-day running of the company,” but that he will be there to serve as a helper and adviser “for as long as it’s valuable to Ryan and his executive team.”

Crypto: The history of private bank notes in 1800s may hint at the future...

Extra Credit: ‘I was treated unfairly by everyone’: Student-loan lawsuit claims...

: ‘Fighting inflation is in our DNA’: Walmart says its pricing...

A bad sign for stocks? The triple-short Nasdaq 100 ETF is...