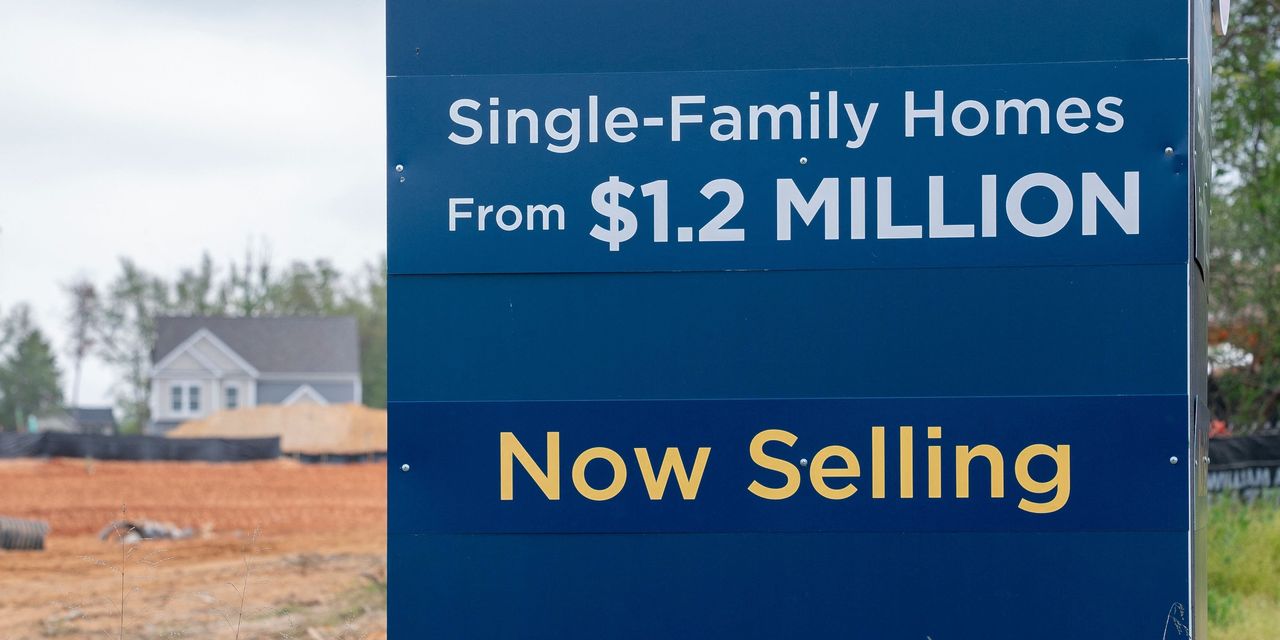 The numbers: U.S. home prices rose again in March even as higher mortgage rates began to bite, leaving prices at all-time highs. The S&P CoreLogic Case-Shiller 20-city price index was up a record 21.2% year over year while the federal government’s price tracker climbed 19% in the same span.

The Case Shiller index rose 3.1% in March compared to the prior month. A separate report from the Federal Housing Finance Agency showed a 1.5% monthly increase.

The big picture: The record increases in home prices over the past few years is bound to slow with the Federal Reserve raising interest rates. The cost of a 30-year fixed mortgage has almost doubled to about 5.25% from 2.75% last fall.

High prices and higher mortgage rates have made buying a home more unaffordable.

What’s more, there’s still a lack of homes for sale and builders are facing bigger expenses for labor and materials.

Even so, strong demand for housing is likely to keep prices elevated.

Key details: The year-over-year increase in the 20-city Case Shiller prices index bested the previous record of 20.3% in February.

Phoenix once again recorded the highest rate of home-price rises in the in the country in March, according to the Case-Shiller report. Prices were up a whopping 32% from one year ago.

Dallas also posted a 30.7% increase in the past year.

The smallest increases were largely in older cities in the Northeast and Midwest such as Washington, Boston, New York, Minneapolis and Chicago.

Still, prices were up 12.9% in Washington, which had the smallest year-over-year gain.

Looking ahead: Demand is waning — evident in weakening purchase applications and home sales — in response to sharply higher mortgage rates, which should provide some relief on prices,” said Rubeela Farooqi, chief U.S. economist at High Frequency Economics. “Even so, for now, prices are showing little sign of abating.”