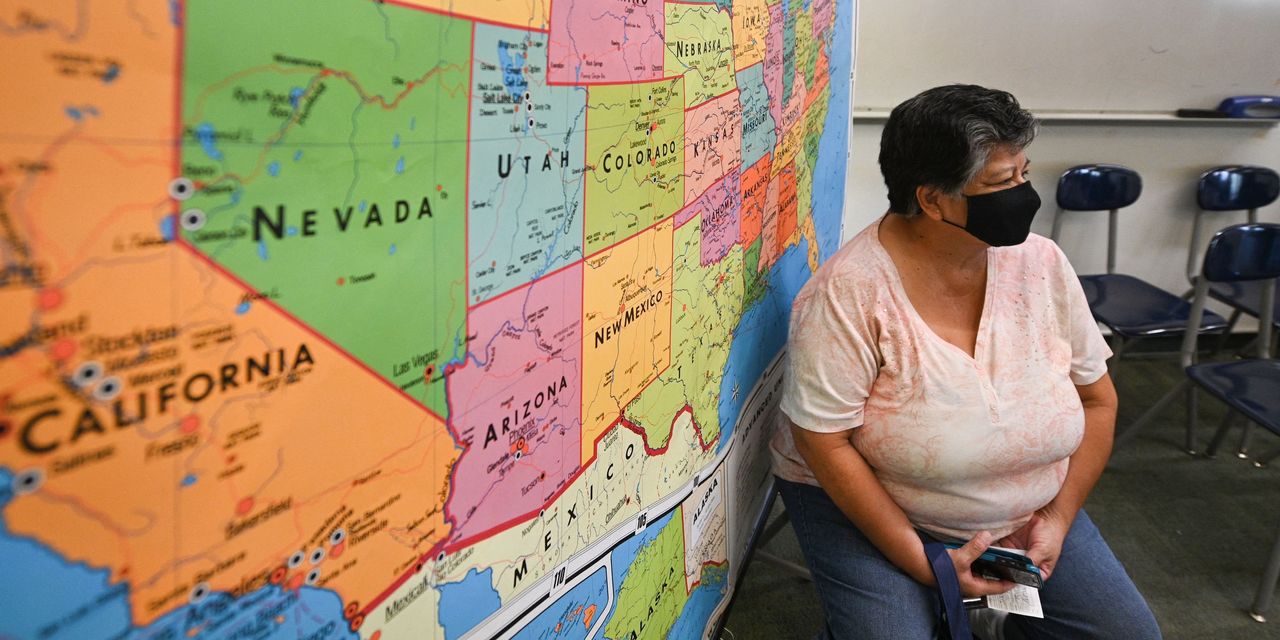 The U.S. death toll from COVID-19 topped 900,000 on Friday, hitting another grim milestone as daily fatalities continue to rise above 2,600.

The U.S. death toll stood at 900,334 late Friday, according to data aggregated by Johns Hopkins University, while daily deaths are averaging 2,632, up 30% from two weeks ago, according to a New York Times tracker.

Deaths are their highest level since last winter, before vaccines were widely available, and the U.S. is suffering far more than other wealthy countries, as the Times reported this week.

Instead, experts lament that omicron has become a high-risk variant for unvaccinated people, who account for most of the hospitalizations and deaths. While the variant has created many breakthrough infections in people who are fully vaccinated and even gotten their boosters, the risk of those people developing severe disease or death is close to zero, according to Centers for Disease Control and Prevention data released last week.

On a brighter note, cases are falling across the nation, suggesting omicron has peaked. The U.S. is averaging 356,256 cases a day, the Times tracker shows, down 52% from two weeks ago. Hospitalizations are also falling to an average of 130,209 a day, down 18% from two weeks ago.

But, as has been the case throughout the pandemic, not all states or regions are seeing the same trends. Healthcare workers in hospitals in California, Missouri and Texas are experiencing extreme stress, and some nurses and doctors are expressing regret publicly over their career choices, according to a Guardian article.

• U.K. Prime Minister Boris Johnson’s “partygate” scandal took another turn Thursday, when four of his most senior staff resigned, as the Associated Press reported. Johnson’s office said chief of staff Dan Rosenfield and principal private secretary Martin Reynolds had both tendered their resignations. Director of communications Jack Doyle and senior adviser Munira Mirza also said they had left Downing Street. Reynolds is a key figure in the scandal over lockdown-breaching parties held by Johnson and his staff during the coronavirus pandemic.

• India’s official COVID death toll passed 500,000 on Friday, although data analysts believe that total is vastly undercounted, as Reuters reported. The country, which has the fourth highest tally of deaths globally, recorded 400,000 deaths by July 2021 after the devastating outbreak from the Delta variant of the coronavirus, according to official data.

• Russia set a record one-day COVID case tally on Friday of 168,201 and 682 Russians died, the Moscow Times reported. It was a 14th straight day of records. Russia’s excess fatalities reached 995,000 by the end of 2021, according to the English-language daily’s analysis of official statistics. The country also saw its largest natural population decline since the end of the Soviet Union, registering a fall of more than 1 million in 2021, the Rosstat statistics service said Friday.

• Spain will drop its face-mask mandate in outdoor settings next week, ABC News reported. The mandate had been in place since December amid the country’s surge in omicron cases. The Spanish cabinet will end the mandate next Tuesday, and the government expects the changes to be adopted from Thursday, Feb. 10, the health minister, Carolina Darias, told a local radio station.

• Austria’s nationwide vaccine mandate cleared its last legislative hurdle on Thursday and was signed into law on Friday, the AP reported. The Austrian mandate for residents 18 and over to get vaccinated is the first of its kind in Europe. It’s expected to become law in the coming days, but it will be a while before Austrians notice any practical change. And it isn’t clear when or whether the most rigorous parts of the plan, watered down from the initial proposal, will take effect.

The global tally of confirmed cases of COVID-19 rose above 390 million on Friday, and the death toll is now above 5.72 million, according to data aggregated by Johns Hopkins University.

The Centers for Disease Control and Prevention’s vaccine tracker is showing that 212.3 million people living in the U.S. are fully vaccinated, equal to 64% of the total population.

Almost 89 million have received a booster, equal to 41.9% of the fully vaccinated.

Biden on baby-formula shortage: ‘There’s nothing more urgent we’re working on than that right...

: Campus COVID-19 vaccine mandates had the biggest impact on colleges with low-income students....