Home Breaking News This is why Ian will rank among the worst hurricanes in Florida... 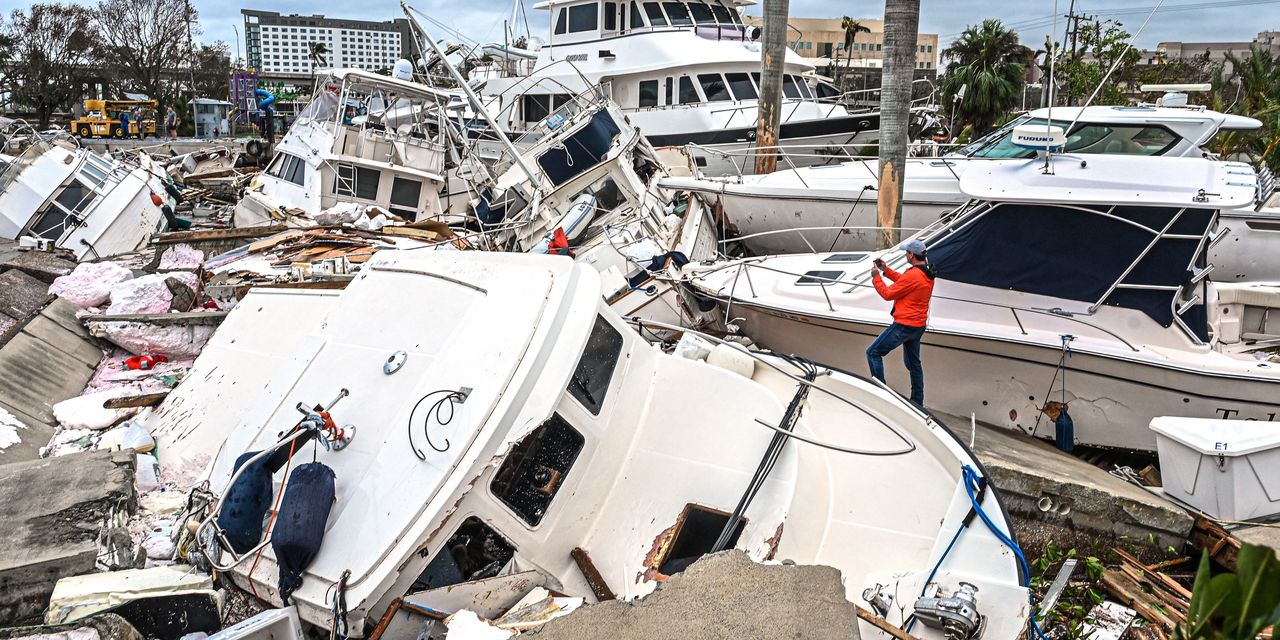 Hurricane Ian slammed into Florida’s Gulf Coast on Wednesday, striking the popular tourist islands of Sanibel and Captiva — in fact, crumbling the lone causeway that allows vehicles access to these destination barrier islands — and then making landfall between the population centers of Tampa and Ft. Myers.

Ian knocked out power for some 2 million customers and racked up very early estimates for $16 billion in damage to the Tampa area. And even after it was downgraded to a tropical storm, it continued to drench the state on its way to the Atlantic coast. Pres. Joe Biden promised a visit and said the storm could be “the deadliest hurricane in Florida’s history” based on early reports of “what may be substantial loss of life.”

Hurricanes are typical this time of year, but Ian kicked up enough fear and exhibited enough behavioral changes to leave climate change and planning experts logging this storm’s unique features as future warnings in the Sunshine State, as well as other desirable coastal, warm-weather and recreational work-from-home and retirement hubs in the U.S.

Ian, which hit late in the typical June-November hurricane season, will go down as one of the strongest storms in U.S. history, testing the upper limits of its “catastrophric” Category 4 status with sustained winds of 150 mph. Ian tied with 2004′s Charley and a 1919 Keys hurricane as Florida’s fourth-strongest direct strike on record, according to Colorado State University meteorologist and hurricane expert Philip Klotzbach. The only hurricanes to top Ian included: Michael in 2018, Andrew in 1992 and the Labor Day Hurricane of 1935.

What are the biggest takeaways?

Ian was a different storm in several ways that caught scientists’ attention. For one thing, Ian was much larger, as far as the miles it spanned when it hit, than another notable storm: 2004’s Charley. As Weather Channel hurricane expert Rick Knabb pointed out on Twitter, the entire span of Hurricane Charley’s “wind field” could fit inside Ian’s 35-mile-wide eye.

What’s more, it used to be rare for storms to keep strengthening until landfall. But that’s no longer the case over the past few years, and some studies show that this is an alarming sign of climate change. Warming ocean temperatures and abundant atmospheric moisture — both factors that climate change enhances — keep fueling powerful hurricanes to the point that typical jet streams can’t knock down the storms’ speed and verocity near land.

The good news is that Tampa Bay appeared to have been spared the storm’s worst as it clawed across Central Florida, thanks to an eastward shift this week that took its Gulf Coast landfall two hours south. The eyewall hit the barrier island of Cayo Costa near Sanibel and Captiva around 3:05 p.m. Wednesday.

The Chamber of Commerce website for the hot spots gets an impressive 1.5 million unique visitors per year. And Sanibel and Captiva tally over 160,000 actual visitors each year. And officials are only just beginning to get a sense of the structural damage left by Ian’s powerful winds and 12-foot storm surge around Fort Myers, the gateway to these islands, which served as the storm’s ground zero, according to the Tampa Bay Times.

“I think we’re going to end up seeing that it may end up being a Category 5,” Florida Gov. Ron DeSantis said. “But at minimum, it’s going to be a strong Category 4 that’s going to rank as one of the top five hurricanes to ever hit the Florida peninsula.”

What is a ‘reverse’ storm surge?

Hurricanes often kick up dangerously high storm surges, or waves, that can crush boats, homes and people. But Ian actually pushed water out of Tampa Bay, leaving it less than a foot deep in some areas.

The outward flow is sometimes referred to as a reverse, or negative, storm surge. Because Ian passed south of Tampa Bay, winds to the north of the storm blew from the east, pushing water away from the shoreline.

The phenomenon, which typically only lasts a few hours, and was a repeat of what occurred during Hurricane Irma in 2017, can also suddenly reverse with damaging results. Residents are always advised to avoid the allure to walk in the newly revealed shallow water.

Video and still images show the bottom of the bay, visible to all.

In addition to the immediate harm, there can be lasting damage after a storm of this size hits. In confined harbors, the combination of storm tides, waves and currents can also severely damage marinas and boats. In estuaries and bayous, salt water intrusion endangers the public health, kills vegetation, and can send animals, such as snakes and alligators, fleeing from flooded areas, NOAA explains.

Modern life means both that it is more efficient to warn people when severe weather approaches, allowing for property protection and flight to safety — but also that ever greater development along vulnerable coasts and in population clusters puts more lives and structures in the path of destruction. Plus, the reach of hurricanes can stretch beyond those states and cities that are typical targets. Increasingly, named storms blast routine hurricane states with flooding and more damage further and further inland.

The real estate and insurance industries, and in particular, their customers, are faced with the need for increased awareness and extra budgeting around climate change.

“Multi-peril” events are also on the rise. For instance, Hurricane Ida, which cost more than $75 billion in economic losses, hit several U.S. states in late summer 2021. Ida was not limited to its coastal impact along the Gulf of Mexico. Its powerful remnants hit the populous Northeast, bringing costly flooding inland as well as tornadoes as far as Pennsylvania and other places.

That’s true of the last, still powerful, vestiges of Ian. In Charleston, South Carolina, on Thursday, officials opened parking garages so residents could get their cars above the imminent flooding.

Forecasters predicted the seventh highest water level Friday afternoon in more than 120 years of records, at 8.7 feet (2.7 meters) above the average low tide at the downtown harbor.

Plus, Ian could roar up to hurricane status yet again.

TaxWatch: When does a solo 401(k) make sense for self-employed people, and what are...

Lion Electric swings to profit on one-time gain, and revenue rises 77% but is...

The Moneyist: My wife’s brother, 60, lives with his mom. He thinks the house...

Distributed Ledger: Crypto crash: What it means for your digital asset...