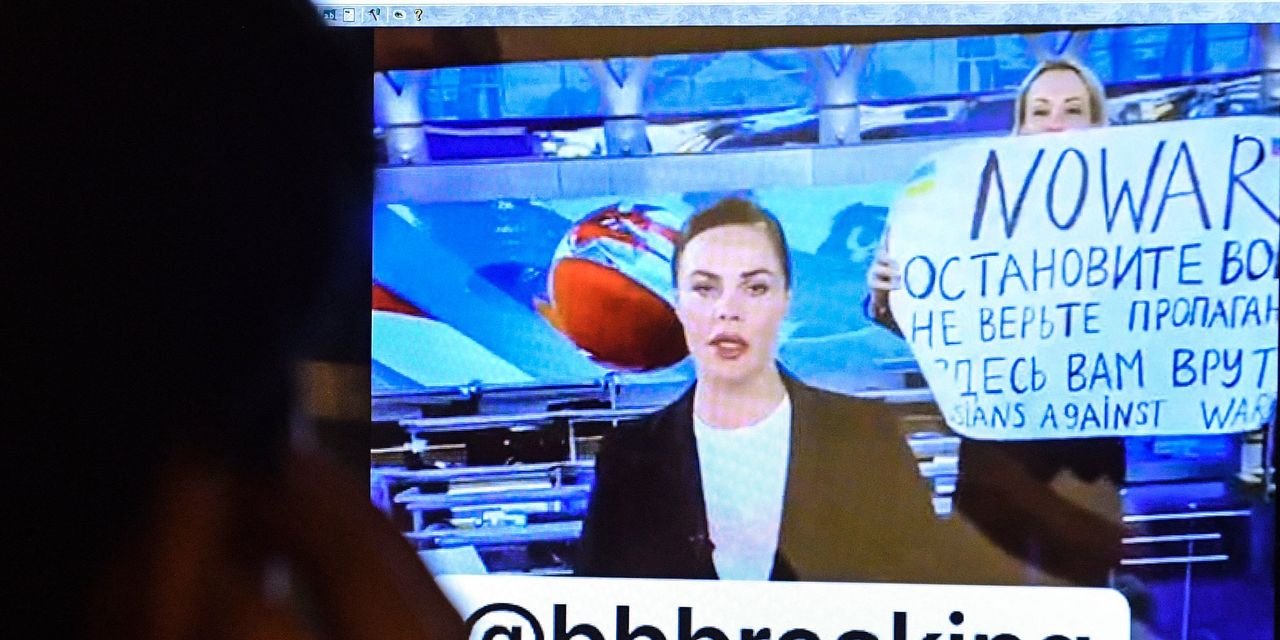 A woman ran onto the set of an evening news program on Russian state television’s flagship Channel One on Monday holding a poster reading: “No war. Stop the war. Don’t believe propaganda. They lie to you here. Russians against war.” She yelled: “Stop the war, no to war” before the camera cut away.

Russian state-run news agency TASS cited a law-enforcement source as saying the woman worked for the channel. TASS and OVD-Info, a human rights group that tracks demonstrations and helps protesters find lawyers, reported that the woman had been detained and taken to a Moscow police station.

The government says more than 3,000 people were detained during antiwar protests on March 6. OVD-Info estimates that nearly 15,000 protesters have been detained at rallies since the invasion of Ukraine began on Feb. 24.

The woman’s display of dissent comes after President Vladimir Putin signed into law a bill that imposes a penalty of up to 15 years in prison for anyone convicted of knowingly disseminating false information and data about the use of Russia’s armed forces.

OVD-Info identified the woman as Marina Ovsyannikova, and shared a video she had purportedly recorded before her protest. A Facebook profile using that name shows a picture of the woman wearing the same necklace—featuring the colors of the Russian and Ukrainian flags—that she had on in the TV appearance.

After Walt Disney, Robert Iger heads to the metaverse.

The rise and fall of the management visionary behind Zappos.

The Escape Home: A crystal ball to make sense of the real-estate market right...

In a reversal, Amazon says it will keep allowing Visa payments in the U.K.

EIA reports U.S. crude supplies up for the first time in...

Here is what it takes for true contrarian investors to outsmart...