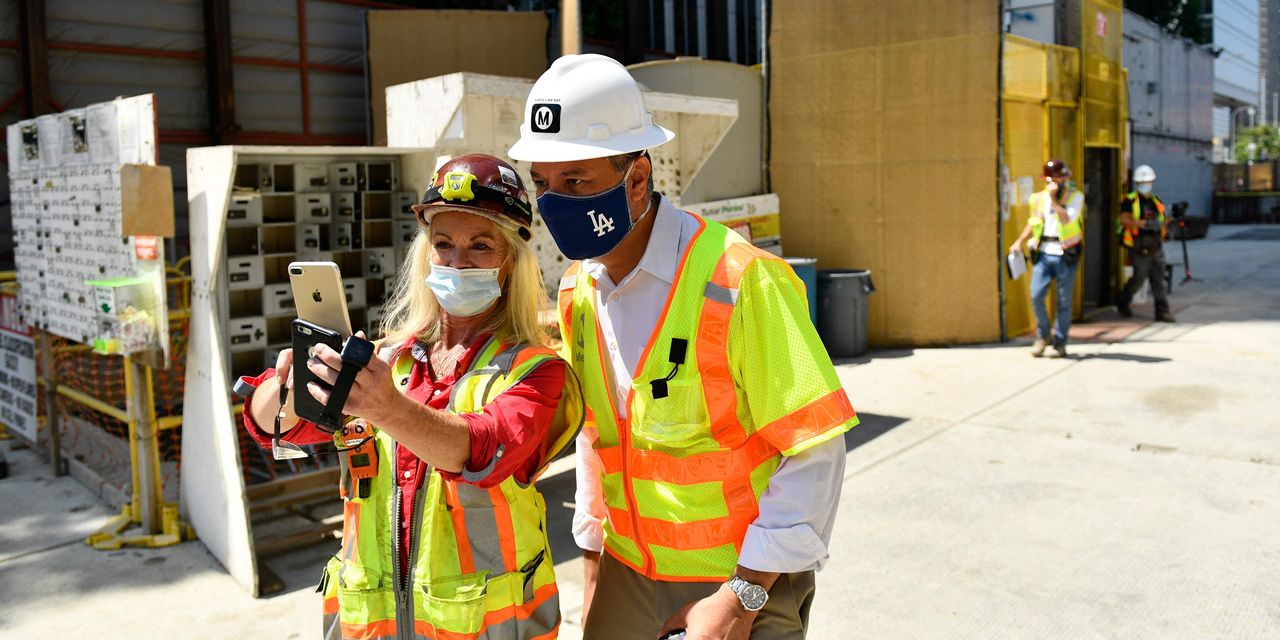 The slow pace of home building in the U.S. could be alleviated by bringing on more women and immigrants to fill the construction industry’s labor shortage, a Harvard University researcher said during a recent congressional hearing.

“The labor shortage is something that’s been much longer lasting, and something that really needs to be addressed,” Christopher Herbert, the managing director for Harvard’s Joint Center for Housing Studies, told the House Ways and Means committee, which convened July 13 to discuss housing.

One way to address the shortage of construction workers is to promote training, Herbert said. But the goal is ultimately to “expand the pool of people” who enter the construction field.

“It’s overwhelmingly male, and we need to expand the range of people more,” Herbert said. “We need more women on the job.”

Only 11% of workers employed in the construction industry are women, according to a 2021 estimate by the Bureau of Labor Statistics.

Immigration is another key way to bring more workers on board to build more homes, Herbert said. “Going back 20 years, we built two million homes a year in the early 2000s,” Herbert said “And a lot of that was through immigration.”

Immigrants comprised roughly a quarter of all construction workers in 2021, according to the National Association of Home Builders. The number is more pronounced in states like California and Texas. Texas also has the highest share of Hispanic workers in the construction labor force, at 61%, followed by California, at 55%.

Herbert said immigration reform would be a way to expand the supply of workers available for builders to call on to meet demand.

In addition to a shortage of building materials from doors to transformers, the labor shortage has been a key contributor to the slowness of building new homes in the U.S. Demand has skyrocketed, with more millennials entering prime household formation years, a study by Harvard’s Joint Center for Housing Studies found recently.

According to the study, households under the age of 35 posted the largest increase in home ownership rates of any group between early 2020 and early 2022.

And even though the number of homes under construction is “the highest ever,” Herbert said, “it’s not because we’re building so many homes … it’s because it’s taking so long to build.”

Construction on new homes in the U.S. fell 14.4% in May, according to the last report by the Commerce Department. Figures for June will be reported next week.

: Online prices are finally declining after 2 years of increases — but only for these select items

Financials in focus as JPMorgan tracks toward best session in a year and a...

WASHINGTON — The FBI’s search of former President Donald Trump’s Mar-a-Lago property dealt with the Justice Department’s most urgent priority in the monthslong showdown, according to...

Shopping online is finally getting cheaper after more than two years of steady price increases with the U.S. in the grip of record-high inflation....

The “crying CEO” said he never intended to become a viral phenomenon. Braden Wallake’s emotional LinkedIn post about having to lay off employees at...

Why are eggs so expensive now?  Grocery prices continued to soar in July despite slower inflation overall, and eggs were among the foods experiencing...

The Human Cost: ‘Bitcoin is like digital gold. It’s the first...

Gold futures end lower, down nearly 3% for the week