Home Top Stories The Margin: Tennessee football generates $91 million a year — so why... 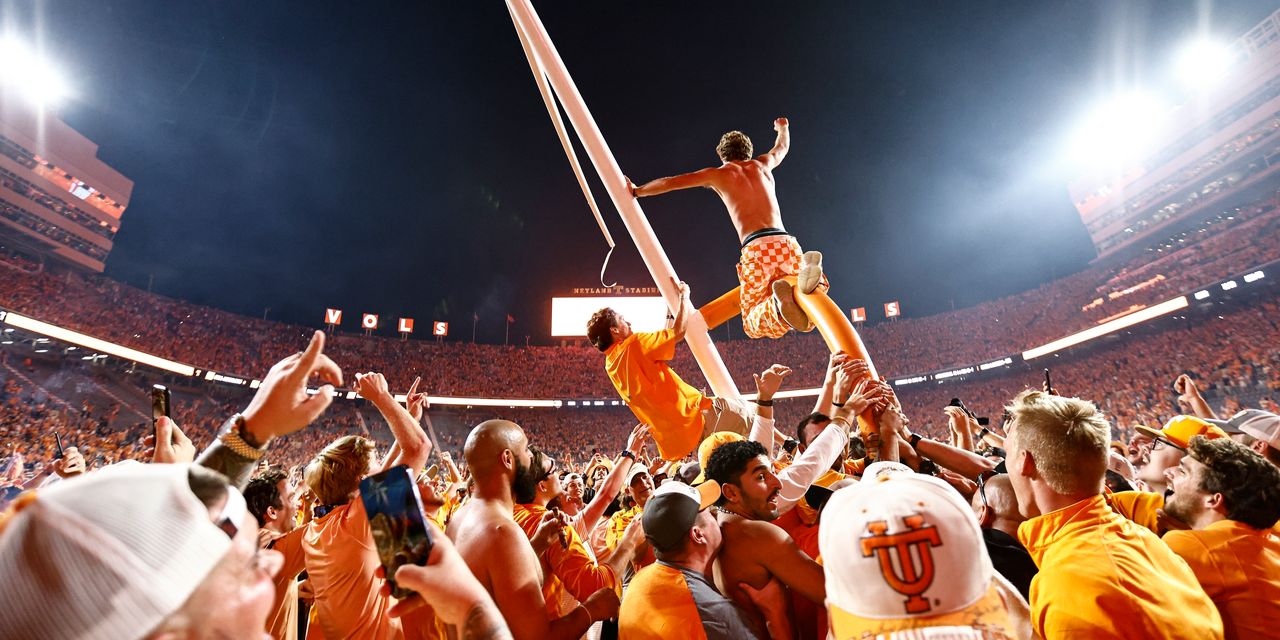 A day after the University of Tennessee’s biggest football victory in decades, the school was being roasted online for asking fans to crowdfund the replacement of two goalposts that were torn down in the post-game celebration.

On Saturday, the unbeaten Volunteers upset Alabama, 52-49, on a last-second field goal. That snapped a 15-game losing streak to Alabama, and vaulted Tennessee to No. 3 in the Associated Press poll, its highest ranking since 2005. After the game, fans swarmed the field, and the goalposts were toppled (a dangerous act in itself) and carried out of the stadium.

But on Sunday, the official Twitter account of Tennessee football asked fans to pay for replacement goalposts.

Some saw that as an awfully big ask from a football program that generates more than $91 million annually, according to data from CollegeFactual.

The university’s athletics program has an operating budget of $170 million this fiscal year, according to the Knoxville News Sentinel, and plans to increase that to $200 million a year by 2026-’27. In addition, the university is seeking to double the size of its unrestricted annual fund — that is, donations that are not earmarked — from an average of $22.7 million to $40 million by 2026-’27. The plan seeks to drive revenue through increased donations, ticket prices and corporate sponsorships.

So the crowdfunding effort from a public university with a massively funded athletic department rubbed many the wrong way.

“Y’all don’t have insurance?” one person replied on Twitter.

Others gave similar side-eye to the university’s drive for donations.

Others noted school President Randy Boyd was caught on video Saturday dismissing the cost of new goalposts, saying “It doesn’t matter, we’ll do this every year!”

There was also a question of where the money will go — while the crowdfunding effort is seeking $153,000, a quick search online found goalposts cost about $15,000 each.

The university is also facing a $100,000 fine by the Southeastern Conference for allowing fans onto the field. Proceeds from that fine will go to the SEC’s Post-Graduate Scholarship Fund, according to ESPN.

An email to the University of Tennessee athletic department seeking confirmation that the goalposts would be paid for through crowdfunding, as well as a request for a breakdown on how much goalposts cost and where any excess funds would go, was not returned.

This report has been updated with the latest fundraising numbers Monday night.

‘Get your children vaccinated,’ Biden urges after shots for kids 5-11 approved

: Is the housing market in a recession? Here’s what economists are saying

VMware charged by SEC with misleading investors with sales practices