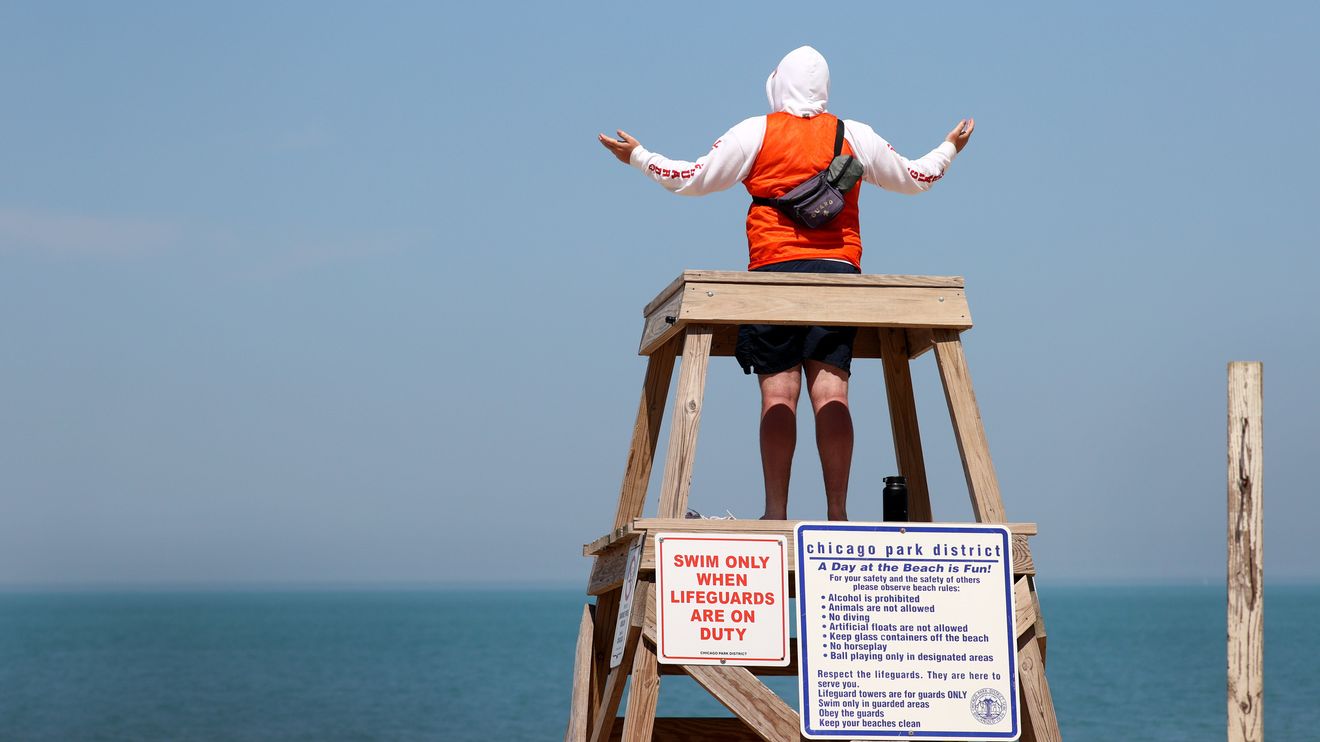 If you head to your local pool or beach this Fourth of July weekend, don’t be surprised to find that it’s closed: A lifeguard shortage of epic proportions is playing havoc with that sacred summer ritual of going for a swim.

As has been widely reported, cities and towns across the U.S. are unable to open their aquatic facilities because of the lack of lifeguards. Or, at the very least, they are cutting back on the hours of operation.

How bad is it? In New York City alone, there are just 700 lifeguards available to work at municipal swim spots — less than half the number the city employed just three years ago. “Like the entire country, it’s been a challenge recruiting enough qualified people,” Crystal Howard, an assistant commissioner with the city’s parks’ system, told MarketWatch.

What’s behind this shortage? MarketWatch studied the issues and spoke with representatives from the American Lifeguard Association, and found a number of contributing causes. In many ways, it’s a perfect storm of different factors — each alone is significant enough, but together they make for a major problem. And it’s one that can result in the loss of lives, given that nearly 4,000 Americans die each year from drowning.

Here are six of the factors.

Not so long ago, the only decent-sized pools available to most people could be found at community rec centers. But these days, co-op and condo buildings and hotels increasingly see pools as an important amenity. American Lifeguard Association president Bernard Fisher points to statistics that show there are now about 310,000 pools in the U.S., not including backyard ones. He estimates that’s double the figure from roughly 25 years ago. “All of a sudden a pool became a necessity rather than a luxury,” Fisher says.

Many of those new pools are staffed by lifeguards for the obvious safety reasons. But Fisher notes there’s usually not even a choice in the matter: Insurers will typically make it a requirement. All that adds to the demand and often pits the residential building and hotel operators against municipalities when it comes to hiring lifeguards. And guess who can often pay more? As a result, the city-run facilities sometimes lose out to the private sector.

The pandemic rears its ugly head

Yes, the COVID-19 pandemic also plays a role in the shortage. Many lifeguard-training programs were shuttered during the past two years because of the virus, Fisher explains. And that means a lot of potential recruits — there are as many as 300,000 people each year who get certified, Fisher says — lost their opportunity. On top of that, lifeguards have to get re-certified after two years — and Fisher thinks that many didn’t do so during the pandemic, because of the fact there was nowhere to go.

The problem finding help from abroad (including from Russia)

Americans have long relied on young workers from overseas to fill summer positions, particularly through special short-term visa programs. And that’s how many seasonal lifeguards got hired, Fisher says. But the issue has been complicated by the fact the visa programs were suspended for a period under the Trump administration –– in effect, it put an end to what was once a steady pipeline.

But there’s yet another wrinkle to this: Many of the visa workers, including those who were employed as lifeguards, were from Eastern Europe — Russia in particular, Fisher says. The war in Ukraine has simply made it difficult for those Russian people to leave, Fisher adds, since they now have a different set of priorities and concerns.

It’s no secret that because of nationwide labor shortages, teens are suddenly finding themselves in high demand for summer and other jobs. And that means they can seek out better-paying opportunities (the New York Post recently reported that some are making more than $50 an hour at certain jobs). All that doesn’t bode well for the lifeguard industry, a field in which the average salary is $10.50 an hour, according to Payscale.com.

Some locales are increasing rates and offering hiring incentives to combat the problem. New York State recently announced it was raising salaries for lifeguards working in upstate beaches and pools by 34% to $20 per hour.

The “Baywatch” effect (or lack thereof)

Remember the old “Baywatch” series starring Pamela Anderson and David Hasselhoff? Not exactly a critically acclaimed show, but it was one that became a pop-culture sensation in its 10-year run (1989-1999). It also put lifeguarding front and center in the public’s mind — and that led to many seeking it out as a job. “We had people lining up around the corner,” recalls Fisher.

But there’s not been another “Baywatch”-style show to come along to drive interest in the profession. And a 2017 film adaptation of the series, starring Dwayne Johnson and Zac Efron, didn’t do much to reignite interest. It probably didn’t help that the film was widely panned.

The job is not taken seriously enough

Wyatt Werneth, a veteran lifeguard trainer affiliated with the American Lifeguard Association, says there’s often a perception that the profession is made up of seasonal workers smothered in sunblock who spend their days lounging in their chairs. The truth, of course, is that they are essential emergency workers. “They are part of our EMS system but they get overlooked,” he says.

Werneth says municipalities should recognize this and put the profession on the same level as firefighters, police and paramedics, with full-time jobs that offer respectable salaries and benefits. Of course, there may be less need for lifeguards in the colder months, but Werneth says lifeguards can be cross-trained and work in other emergency areas — think a lifeguard who can also serve as a police officer or vice versa.

The Moneyist: My wife offered to ‘loan’ me money when I was having financial...

Gold futures settle below $1,900, but gain for the week

War in Ukraine will lead to significant slowdown in global economy:...