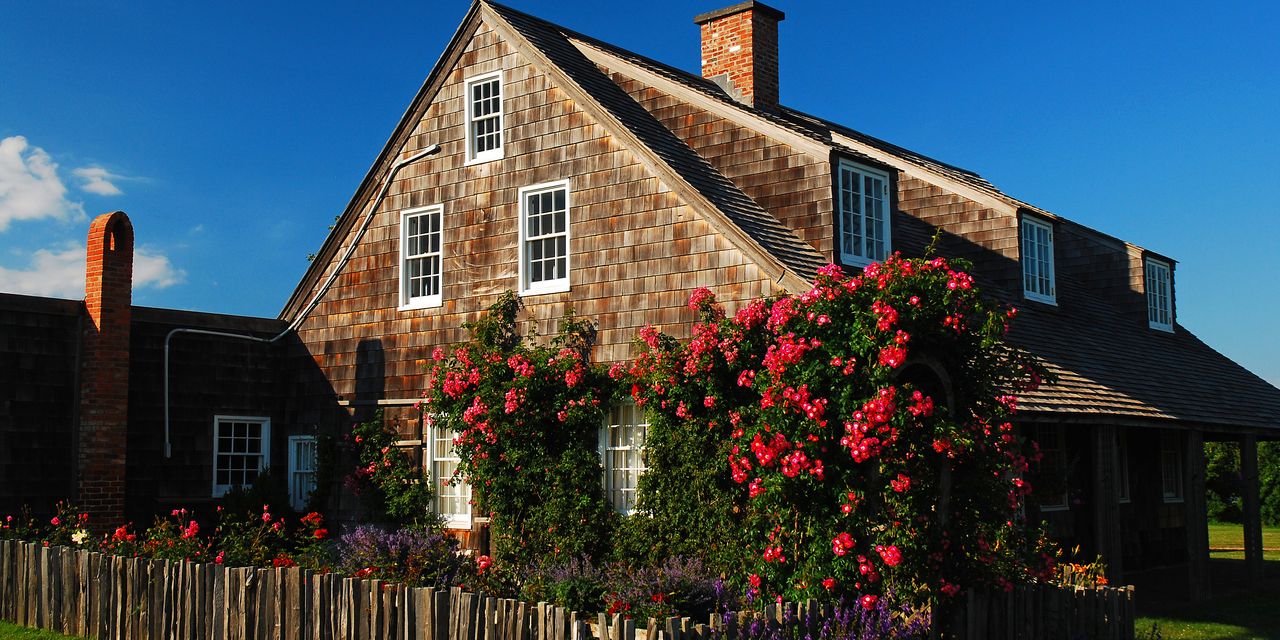 This article is reprinted by permission from The Escape Home, a newsletter for second homeowners and those who want to be. Subscribe here. © 2022. All rights reserved.

Real estate in the Hamptons is so hot right now, it’s only natural it’s the topic of a new reality TV show. The Escape Home’s Danielle Hyams spoke with one of the featured agents, J.B. Andreassi, who works with Nest Seekers, about how he ended up on the show, what buyers want and where the next Hamptons is. New episodes of “Selling the Hamptons” stream on Discovery+ every Thursday. Edited excerpts:

EH: You previously worked for the National Hockey League as part of its business development team — why the switch to real estate

Andreassi: Sports had always been a passion of mine, ever since I was a kid. I think the building and real estate world was too. My dad — I grew up on tractor trailers and bulldozers — he was a very instrumental member of the community on Southampton, building the library and schools and single family homes out. So I grew up around it. And my sports career after graduating from college — I kind of felt a bit unfulfilled. One of my good friends had worked for Related Development, one of the biggest real-estate firms in the country and they were opening a new building in D.C. and they had an opening. For two years I was there and then figured why not take this to the next level and jump back out to the Hamptons and help my dad grow his building business, and also do what I think I do pretty well, which is sell.

EH: And how does working in real estate in the Hamptons differ from what you were doing in D.C.?

Andreassi: D.C. was a totally different animal. Down there I was working under the corporate umbrella of a big time real estate development company. It was a 384-unit mixed-use building, so I’m going from selling that type of product to out in the Hamptons where you’re strictly selling single family homes and a lot of the time those are second, third, fourth homes for people. So I think the biggest difference was I went from selling something to someone who needs that product to selling something to someone who just wants it.

EH: Are there any markets that are similar to the Hamptons?

Andreassi: I think South Florida — the Palm Beach-Fort Lauderdale-Miami area — those are sort of mirror markets in my opinion. The same client who has their condo or mainstay in Manhattan has their little getaway home down in  Florida and has their vacation summer home in the Hamptons. I think you can draw a lot of similarities.

EH: And what made you decide to be part of “Selling the Hamptons?”

Andreassi: I didn’t decide that, it was just kind of thrown at me. It’s so funny I never expected to be part of something like this, I don’t even like reality TV, it’s so ironic. But Eddie Shaprio, who is the CEO of Nest Seekers, approached me and said, ‘Hey we need someone who knows the Hamptons and we need someone who can represent the firm on a very professional level.’

I saw it as an opportunity. There are so many really good brokers in the Hamptons and not a whole lot of product. It’s not New York City where you have all these buildings and all these units — you really have a finite number of available listings with over 1000 agents fighting over them. So I said, “Alright, if i’m gonna do this I have to separate myself, and how I separate myself is I go on this TV show and show my personality off, show some of the network and connections that I have and try to generate business that way.” And it has benefited me a lot.

EH: What sets it apart from other real-estate-focused reality TV?

Andreassi: I can’t watch “Selling Sunset,” and I could barely watch “Million Dollar Listing” at times — I’m probably too honest about this, but I try to bring the real, authentic personality to the show and I really am. A lot of people tell me, “You shoot too straight.” I I feel like with those shows sometimes, it’s just like people not being fully themselves and just caring what they look like, and so I feel like the people who are on “Selling the Hamptons” — it’s real s—. We’re not TV people, we’re actually real estate agents who just happened to be put in this position, and I guess are good looking enough to be on TV.

EH: How would you categorize the Hamptons real estate market today?

Andreassi: The buyer demand is as strong as it was during Covid. The problem is we have run out of homes to sell at this point. In Q1 2021 we had approximately  950 available properties — active listings — within the Hamptons. This year at this time it’s down to about 475 available units. It’s about a 48% decrease in supply but you still have that strong buyer demand.  So now it’s like what the hell do we do? I’ve  been knocking on doors begging family friends to sell because I have buyers up the wazoo, but we just don’t have the properties to sell. Everyone is doing their homework and due diligence about how to get creative now. It’s going to be really interesting to see how we combat that going into our selling season which starts next month.

EH: What are some must-haves for buyers in the Hamptons?

Andreassi: People need the home office, of course. I’ve also seen a recent need for a butler’s pantry which is somewhere off the kitchen where if you have someone who is working or helping entertain your guests, they go back there and cook or pour drinks. Screened-in porches are another thing I am seeing a lot of. It’s all the amenities that people don’t have to go out to use, whether it’s a home gym, a sauna, sort of like how these bigger buildings in New York City are designing their buildings where it’s highly amenitized so people don’t feel the need to leave. The same thing goes for the new homes and new developments out in the Hamptons.

EH: What are your thoughts on the North Fork and its growth?

Andreassi: I wish the North Fork would blow up. Honestly to me the North Fork is so charming. It’s the Hamptons at least 20, 25 years ago. I think you have really great restaurants starting to pop up. Greenport is a super fun boating town, you have wineries all over the place. And the biggest thing is that it’s affordable compared to the Hamptons. So you have a lot of the things that make the Hamptons special but you can get it at a big time discount. Why haven’t people made a big push there? Maybe it’s because of the ocean, they don’t have the sandy beaches. But I do anticipate — I’ll make this call — a big push there in the next five years. Because land has become so scarce and so expensive in the Hamptons that it’s the only natural progression. There’s not much left on the South Fork, so it’s either going to be going west toward Remsemberg or it’s going to be the North Fork.

This article is reprinted by permission from The Escape Home, a newsletter for second homeowners and those who want to be. Subscribe here. © 2022. All rights reserved.

U.S. trade gap in May was narrowest this year

The Moneyist: My mother cut me from her will and my...