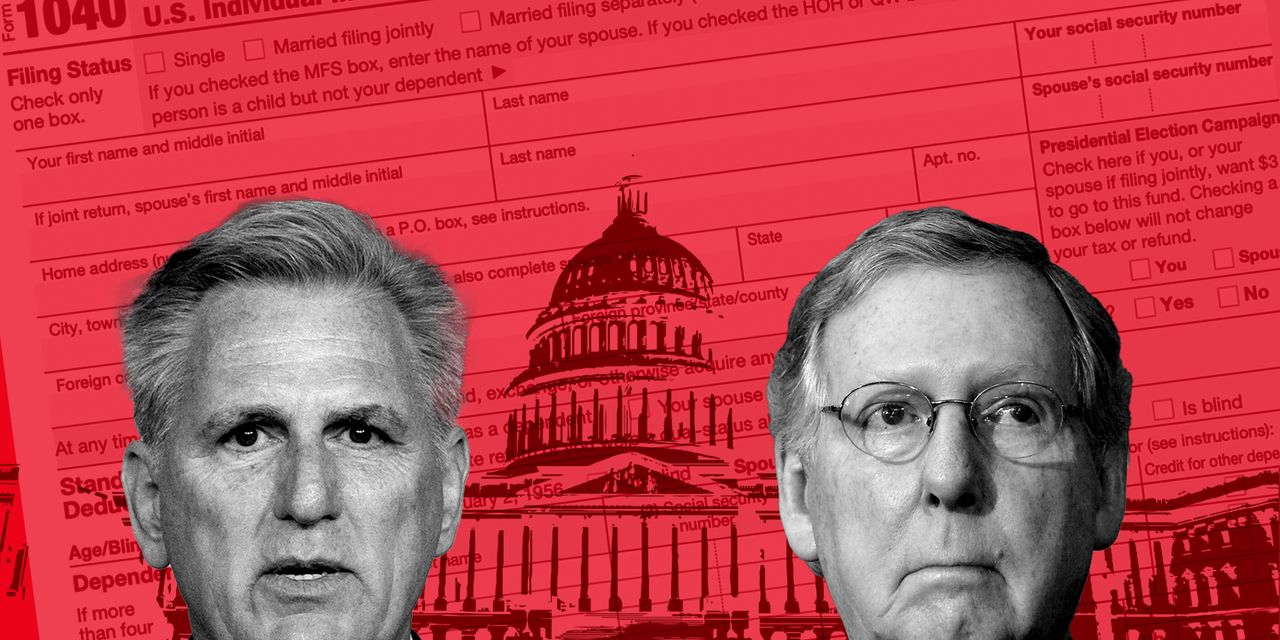 Less than three months ago, a bill dedicating $80 billion for sweeping technological upgrades, staff additions and more enforcement at the Internal Revenue Service passed with no Republican votes, but a lot of fiery GOP criticism.

Republican lawmakers could wind up with a majority in the House of Representatives and Senate after the dust settles on midterm elections. Polls point to Republicans taking the House, but the Senate being a closer call.

If there is a changing of the guard in both Houses of Congress, where would that leave the IRS, which still has to explain how it’s using the windfall? With an extra skeptical audience on Capitol Hill that’s going to scrutinize the tax agency’s every move, according to ex-IRS officials and experts.

Republicans may not gain two-third majorities to repeal the $80 billion and then override a presidential veto, observers say. But with the Inflation Reduction Act’s funding due to be released over the next decade in addition to annual appropriations, there are other ways a Republican-controlled House of Representative and Senate could make their presence felt.

“‘If Republicans take one or both Houses next week, I expect Congressional oversight by the Republicans to be both broad and deep.’”

— Dave Kautter, former acting IRS commissioner from 2017 to 2018 during the Trump administration

“If Republicans take one or both Houses next week, I expect Congressional oversight by the Republicans to be both broad and deep. Maybe the word I should use is intense,” said Dave Kautter, a former acting IRS commissioner from 2017 to 2018 during the Trump administration.

Indeed, Republicans are already asking federal watchdog agencies to pay close attention to the IRS given the influx of new funding.

“It’s going to be very difficult for the Republicans to repeal the $80 billion dollars in funding as long as President Biden’s in the White House,” Kautter said at a Thursday event for the accounting and consulting firm RSM where he is now its federal specialty tax leader.

“What they could do though is say, ‘Well, your annual budget was about $12 billion a year. Turns out this year it’s $3 [billion]. And you can spend some of the $80 billion to cover the gap. And I think that’s a real possibility.”

The stakes go far beyond who’s got the advantage in Washington D.C.

The IRS is attempting to clear a backlog of 5.1 million unprocessed income tax returns — meaning many potential refunds are still in the lurch. It’s trying to staff phone lines ahead of next tax season, and has already hired 4,000 extra customer-service representatives with the goal of halving telephone wait times.

It’s also confronting a widening gap between the taxes people owe and what they actually pay. The sum runs well into the hundreds of billions depending on various estimates, with high-earners and corporations being a big contributor, the Biden administration says.

“‘What I don’t want to see is IRS annual appropriations gutted because people, just in a knee-jerk way, want to pull back the funding.’”

— Nina Olson, the former National Taxpayer Advocate within the IRS from 2001 to 2019

So what could GOP control mean for the millions of people who don’t want headaches — and certainly no audits — from the tax agency, but do want speedy refunds and a chance to speak with a person when they are stumped?

The embattled IRS just might emerge more responsive to taxpayer needs — if the GOP majority can leave the campaign rhetoric behind and reach common ground with the Biden administration, observers say.

The extra $80 billion is “transformational,” said Nina Olson, the former National Taxpayer Advocate within the IRS from 2001 to 2019. But she worries freshly-elected Republicans may not appreciate “what bad shape the IRS is in” and what that means for their constituents.

“More critical oversight is very helpful. If that’s the direction that it goes, I think that would be very helpful,” she said. “What I don’t want to see is IRS annual appropriations gutted because people, just in a knee-jerk way, want to pull back the funding,” she added.

A Biden administration official declined to comment on potential Election Day outcomes, but told MarketWatch that better taxpayer service, up-to-date technology and improved enforcement funded by the $80 billion are issues that have garnered bipartisan support over the years. Recently, more money for IRS enforcement was once part of the bipartisan infrastructure deal before that fell out of the final legislation.

While yearly appropriations keep the IRS chugging along, the official said the $80 billion is meant as a slingshot to get the agency up to date with the services and capabilities that taxpayers need now. Reducing annual funding could thwart that chance at transformation, so the official said the administration will make it a key focus to at least maintain stable annual budgets.

The IRS has until February to develop its plans for using the money. An IRS spokesman declined to comment.

Blurred lines between ‘service’ and ‘enforcement’

Many Republicans want to permanently establish the Trump-era 2017 Tax Cuts and Jobs Act. The individual provisions that matter most to households remain on the books through 2025. That could make tax administration a more immediate GOP focus because the Inflation Reduction Act funds will be release before a variety of new tax provisions take effect.

In the breakdown of the $80 billion, more than half –$45.6 billion — is meant for IRS enforcement. There’s more than $25 billion for operations support, another $4.7 billion for business modernization, and $3.1 billion for taxpayer services.

Ahead of the Inflation Reduction Act’s passage, some GOP criticized how the money was carved up, and took aim at 2021 Treasury Department estimates that said the IRS would need approximately 87,000 new hires.

Not everyone hired will be an IRS auditor, and those hires also help offset more than 50,000 workers in various roles who become eligible for retirement in the next five years, the Treasury Department said.

Plus, households making less than $400,000 a year will not be audited by the added enforcement, Treasury Secretary Janet Yellen and outgoing IRS Commissioner Charles Rettig have pledged.

This hasn’t allayed GOP critics. “On our very first bill, we’re going to repeal 87,000 IRS agents. Our job is to work for you, not go after you,” Rep. Kevin McCarthy, the House minority leader said in September campaign event. (A press representative for McCarthy did not respond to a request for comment.)

The allocations of money within the $80 billion cannot be shifted around because those allocations are written into the law, Kautter said. For example, attempting to cut the $45.6 billion earmarked for enforcement and redirecting it to other areas like taxpayer service would require changes to the law, and Biden still has veto power, he added.

But there’s also a grey area on how money gets used. After all, the lines can get blurry on what counts as an expense for “enforcement” versus “taxpayer service,” said Charles Rossotti, a former IRS commissioner who led the agency from the end of the Clinton administration to the early part of George W. Bush’s presidency.

“Taxpayer service” does not just mean somebody answering a query on how to fill out a form, just as “enforcement” does not just merely mean an IRS audit, Rossotti said. Both areas require more staff and better technology, he added.

Suppose someone gets an erroneous IRS notice saying they owe money and need to pay ASAP or risk missing a payment deadline? “If you know you did pay and you can’t get through, that’s pretty bad,” Rossotti said.

Days after the midterms, Rettig, the IRS commissioner, ends his appointment. IRS deputy commissioner, Douglas O’Donnell, becomes the acting commissioner until the administration puts a candidate forward for Senate approval.

The appointment doesn’t have to get bogged in gridlock, Rossotti said. “If you get the right kind of commissioner who works hard to make the point [that] we are here not to decide which taxes somebody pays, we’re here to make it work better,”

Soon before he became commissioner in 1997, the IRS was under a white-hot glare. Agents testified before Congress in black hoods to protect themselves as they discussed taxpayer mistreatment within the agency.

What came next was the Restructuring and Reform Act of 1998, which focused on taxpayer protections, creating and strengthening watchdog agencies among other things. It was Rossotti’s job to put the bill into practice.

The bipartisan bill cobbled support from both sides of the political aisle. It found common ground on what the IRS should and should not be able to do. “My experience is that it is possible,” Rossott said. “At least, it was then.”

: ‘The world is snackifying’: Americans devour $30.5 billion in snack foods each year

Walt Disney shutters operations in Florida as it braces for Hurricane...