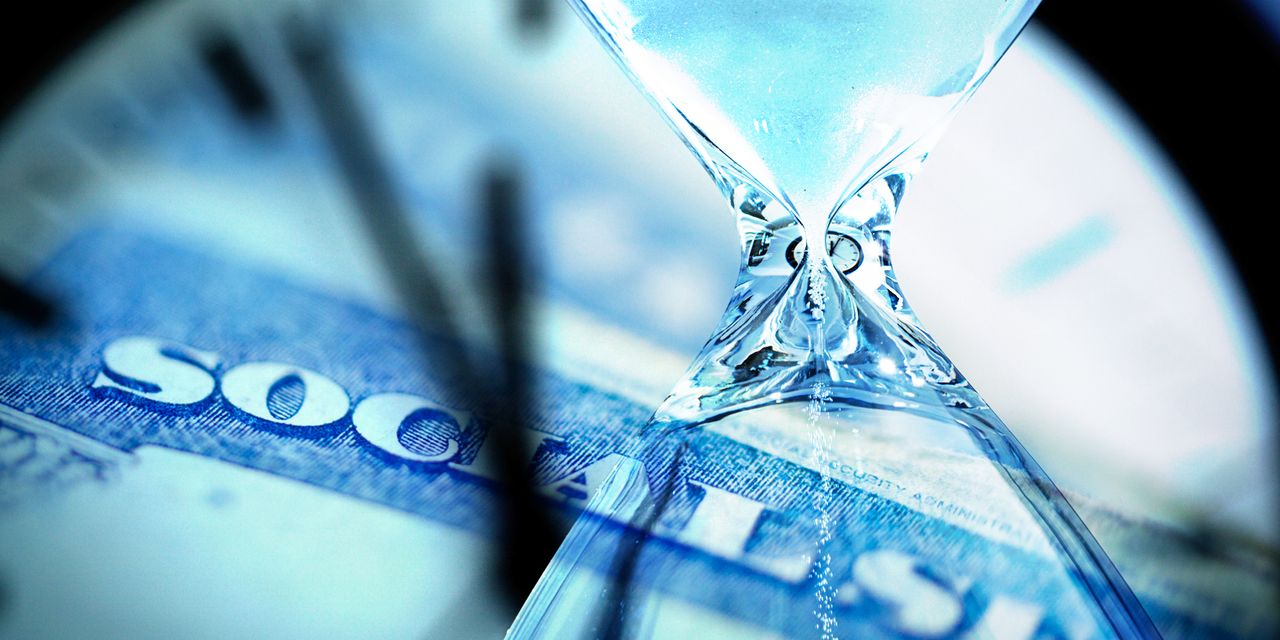 Social Security will live to see another year before its trust funds cumulatively run out of money, and Medicare Part A’s trust fund depletion date gained another two years – but the clock is still ticking for the government to fix the insolvency issue.

The Old-Age and Survivors Insurance trust fund, which pays out benefits to retirees and survivors, is expected to make timely scheduled payments until 2034, at which point it would be depleted and beneficiaries would get 77% of scheduled benefits funded through tax revenue, the report said – that’s one year later than the trustees report stated last year. There is no longer a projected depletion date for the disability insurance trust fund within the next 75-year period, compared to last year when the report suggested the reserves would run short by 2057.

Although the two trust funds are legally separated entities, the trustees combine the two reserves to “illustrate the actuarial status of the Social Security program as a whole,” the report said. By that measure, Social Security could pay scheduled benefits on time until 2035 – one year later than the trustees expected last year. At that point, beneficiaries would only see 80% of their scheduled benefits.

The increased timelines can be partially attributed to the recovery of employment, earnings and GDP from the 2020 recession, which was “faster and stronger than projected in last year’s report,” the trustees said in their report. This economic recovery led to higher payroll tax and income taxation of Social Security benefits.

These projections include the impact of the pandemic as it currently stands, though they were made in mid-February 2022 and do not include the uncertainty around the pandemic or current and future economic factors, the trustees said.

The report also looks at Medicare, including the Hospital Insurance trust fund that supports Medicare Part A, which pays for inpatient hospital care services. The expected depletion date for the Hospital Insurance trust fund, which serves Medicare Part A, is 2028, two years later than anticipated in last year’s report. When the reserves are depleted in that trust fund, the program will be able to support 90% of scheduled benefits for its recipients.

The Supplementary Medical Insurance trust fund, which supports Medicare Part B for physician and medical insurance and Part D for prescriptions, remains intact indefinitely because of general revenue support and beneficiary premiums every year, the report found. “Due to these funding provisions and the rapid growth of its costs, SMI will place steadily increasing demands on both taxpayers and beneficiaries,” the trustees said.

“These reports also underscore the urgent need for Congress to pass legislation allowing Medicare to negotiate for lower prescription drug prices, which would result in billions of dollars of savings for seniors, the Medicare program, and taxpayers,” AARP said in a statement.

Congress has yet to agree on what to do about Social Security’s potentially depleted trust funds. Republicans tend to lean toward benefit cuts while Democrats typically look to expand the program. Proposals, including Connecticut Rep. John Larson’s “Social Security 2100 Act,” would raise the wage cap on earnings eligible for Social Security taxes ($147,000 in 2022) and link the cost-of-living adjustment to the consumer price index tied to common household expenses of older Americans, among other provisions.

Other suggestions have been raising the Full Retirement Age, which is when beneficiaries are eligible to get 100% of the benefits they’re owed (as opposed to a reduction for claiming earlier or an added benefit for claiming later). Changing the retirement age wouldn’t do much to fix the problem of trust fund depletion, administration officials said – either reducing benefits or increasing revenue would.

Benefits should be higher than they currently are for recipients, said Alex Lawson, executive director of Social Security Works, a nonprofit organization that advocates for expanding the program. “The problem is benefits are too low right now,” he said. “If they erode farther, if Congress doesn’t act before 2034, they’ll be far too low.”

Coronavirus Update: Biden administration unveils plan to vaccinate children below the age of 5...

Novavax stock surges after COVID-19 vaccine recommended for expanded CMA in the EU for...

Tax Guy: Do I owe self-employment taxes if I’m a member...