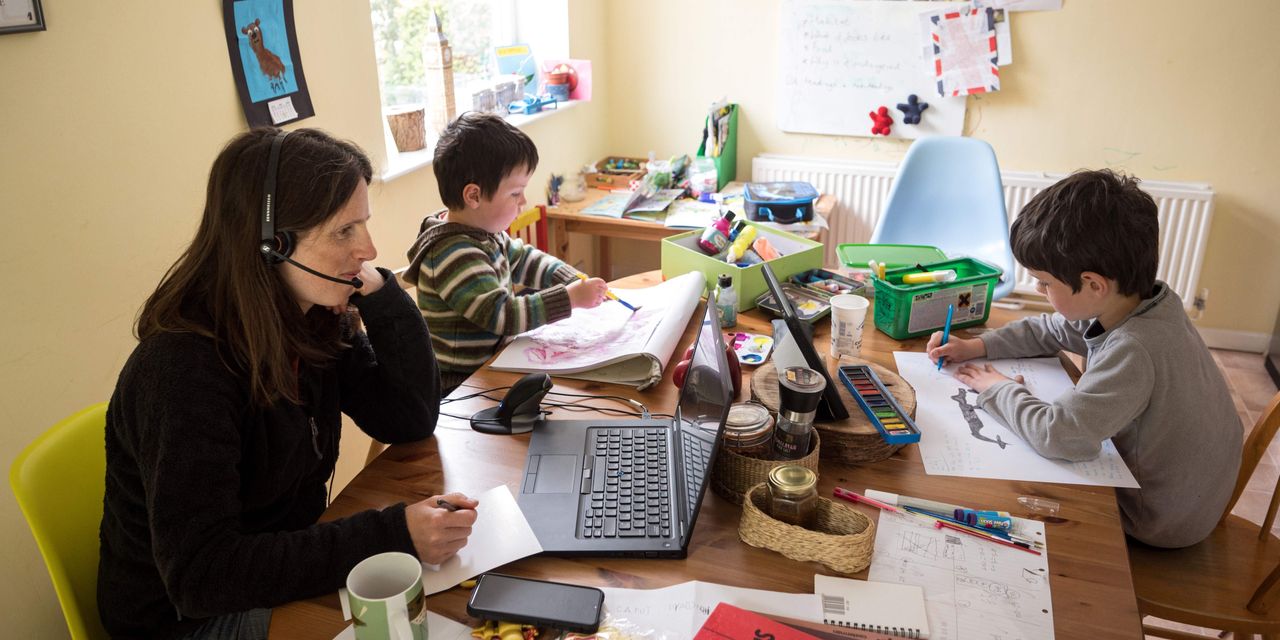 Remote work has played a big part in the rise in house prices in the U.S. during the first two years of the pandemic, but just how much?

Many fortunate people have had the freedom to live wherever they choose during the pandemic. John Mondragon, an economist at the Federal Reserve Bank of San Francisco and Johannes Wieland, an associate professor from the Department of Economics at the University of California, San Diego, published a paper this week with a bold conclusion: The shift to remote work explains over half of the 23.8% national house price increase between 2019 and November 2021.

The researchers wrote: “​​Our results imply a fundamentals-based explanation for the recent increases in housing costs over speculation or financial factors, and that the evolution of remote work is likely to have large effects on the future path of house prices and inflation.” The paper was distributed Monday by the National Bureau of Economic Research.

The rise in house prices has pleased those who are able and willing to sell, but caused heartache for millions of first-time buyers who yearn to get a foot on the property ladder.

A recent poll from Gallup found that only 30% of Americans believe now is a good time to buy a house. It’s the lowest level on record since Gallup began surveying Americans on this question beginning in 1978, and it’s the first time less than 50% of people across the country thought it was a good time to buy.

Housing costs — which can take up a third of a family’s take-home pay for a middle-income household — have increased by 5.1% in the past year, the fastest annual pace since 1991, while rents are up 4.8% from a year ago, according to the Labor Department.

The latest NBER research details the relationship between remote work and house prices. “Using variation in remote work exposure across U.S. metropolitan areas we estimate that an additional percentage point of remote work causes a 0.93% increase in house prices after controlling for negative spillovers from migration,” the authors wrote. “This cross-sectional estimate combined with the aggregate shift to remote work implies that remote work raised aggregate U.S. house prices by 15.1%.”

But the rise in house prices could reverse as people return to the office. CoreLogic predicts that home prices will slow to a 5% growth rate in 2023, while Fannie Mae FNMA, -1.28% sees a more tepid 4.2% growth next year.

“Our results also imply that the future path of housing costs may depend critically on the path of remote work,” the NBER paper added. “If remote work reverses, then there may be a general reversal in housing demand and potentially house prices. If remote work persists, we may expect important repercussions as increased housing costs feed into inflation and so affect the response of monetary policy.”

‘Anybody that’s middle class and below, we’re screwed’: Housing costs rise at the fastest pace in decades — but some Americans are already feeling the brunt

‘Millions of families struggle to keep roofs over their heads’: Biden administration has a plan to tackle America’s housing shortage — but will it be enough?

‘Should we wait to see how the market plays out?’ I want to purchase a rental home. Is this a good time?

Oil futures finished higher for a third consecutive session on Tuesday, with the U.S. crude benchmark settling at its highest price since mid-June. "The...

The Margin: The latest in inflation woes for Germany: No french...

A summer of pain for stocks? This strategist says the S&P...