Home Top Stories Real Retirement: How to find meaning in retirement — it may be... 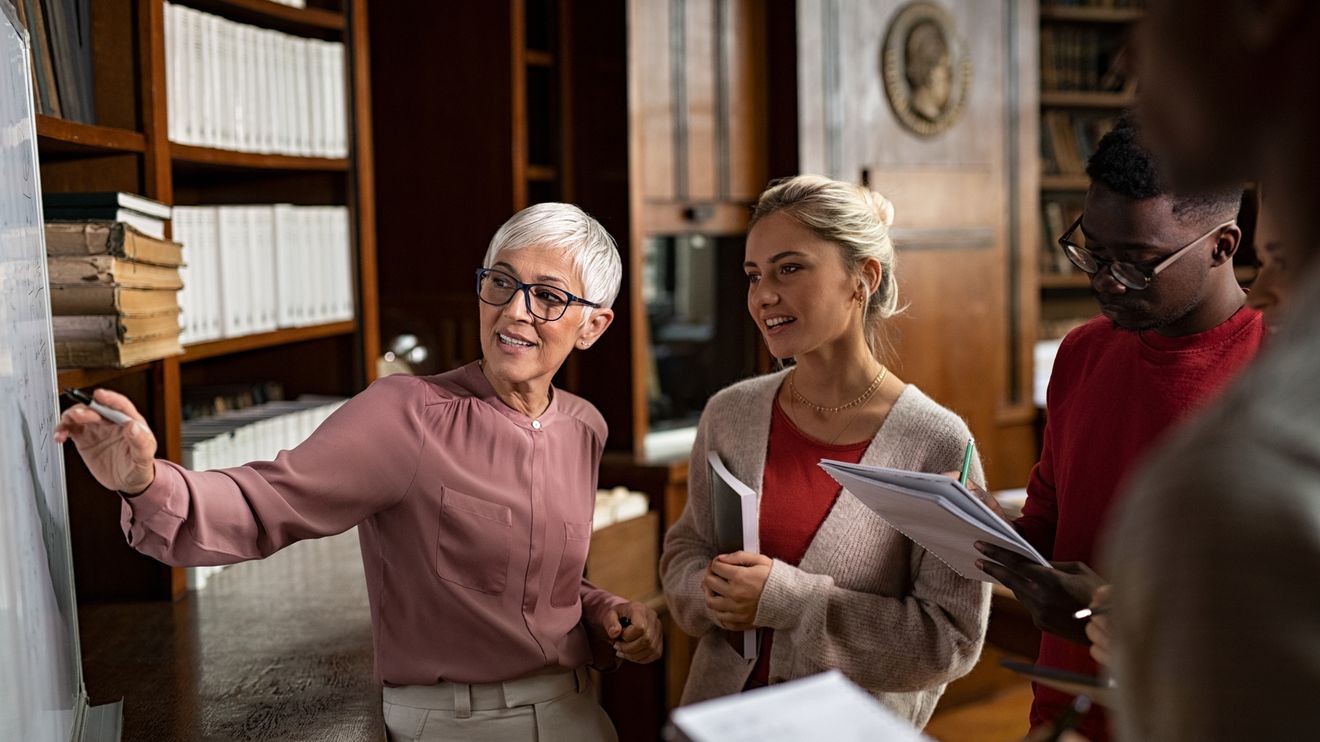 Charles Zucker was walking through Ikea with his wife not long after he retired from 19 years as executive director of the Texas Faculty Association.

After spending two hours looking for furniture for his new home office, Zucker thought: “I’ve made a big mistake. I shouldn’t have retired. What am I going to do?”

Reflecting what it was like to transition to retirement from years of working, sometimes at a frenetic pace, Zucker says, “It was a shocker and it was not easy. One day you’re really busy, and all of a sudden, it’s all gone. What do I do now?”

Read: Retirement can mean a loss of identity—how to bring happiness to your next act

Based in Austin, Texas, at the time, Zucker had not really lined up — in detail — what he was going to do with his time. He and his wife knew they wanted to travel together and that they enjoyed the outdoors, hiking and fishing. So, they bought a camper, and hooked it up to their SUV, and “took off,” Zucker, now 77, recalls.

“We went out West for the whole summer — to New Mexico, Idaho, Wyoming. We bought a summer home in Montana in 2011.”

In Austin, one of the first things Zucker did was begin attending Sierra Club meetings.

“I was interested in the environment,” he says. Since he had planned programs and lined up speakers as part of his association work, he eventually became the program coordinator for the Sierra Club. “I felt good about it,” he says, “donating time.”

When people retire, they often feel the loss of their connections in the workplace. For Zucker, attending meetings and taking on a leadership role were ways to interact with people, build connections, and create structure in his life. While working, he was “surrounded by people whether you liked all of them or not,” he says.

Read: The number of baby boomers and Generation X who plan to work past age 70—or forever—is stunning

Retirees typically have more unaccounted for time, and creating some anchors can add some structure to life. The anchors — one or more — can create meaning. “It gave you some places you had to be and things you had to do,” says Zucker.

Over time, he wanted something more. Born in Chicago, he had earned a Ph.D. in history at Northwestern University. Before entering association work, he had taught history at the college level for eight years. Because teaching and history were of interest to him, he decided to try volunteering at the Bullock Texas State History Museum in Austin. Once there, he realized he would have to learn Texas state history in order to become more involved. After some training, he began leading an interactive presentation on the Comanches.

Three years ago, he and his wife, Shaya, moved to San Antonio, to be closer to their grandchildren. And he had to find a new volunteer gig.

His first venture was with the University of Texas at San Antonio (UTSA) Institute of Texan Cultures. Yet, before the pandemic, Zucker’s interests shifted. “Because of my Jewish background and the rise of anti-Semitism in the United States,” he decided to look into the Holocaust Memorial Museum of San Antonio. “I didn’t know much about it — the Holocaust,” he says, and chose to participate in the museum’s docent online training class. He thought, “It’s time to confront this. It’s time to do my little part. It’s a difficult subject. In a sense it’s an obligation. It’s different than volunteering for something that’s like a hobby. It’s a duty almost to help educate young people about the Holocaust.”

Read: Celebrating your retirement? Don’t delete your LinkedIn profile yet.

Since he wasn’t working at the Holocaust Memorial Museum during the pandemic, he needed something else to do. He found that in writing a book, “A Fisherman’s Journey: A Lifetime of Angling Adventures from Northern Wisconsin to Northwest Montana, 1950-2020,” published by Farcountry Press in 2022.

If you retire, and are used to working intensely or in a profession that requires intellectual inquiry, in particular, it’s appealing to engage your time and your mind. Attending lectures, concerts, and other events or enrolling in courses or degree programs works for some. Others want a different kind of challenge.

For example, attending a speaker series can be educational but it’s not the same as developing your own pursuits. At a lecture, “you are just sitting in the audience,” Zucker says. “You’re not really engaged. You’re not involved as an actor. You’re basically a passive recipient.”

Cynthia, an art historian who retired in 2018 and didn’t want to share her last name, accepts research projects from her former long-term employer. One project was on the “back-burner for a long time,” she says, until recently it became of interest to the university. At the same time, she is considering relocation to another state where her daughter, son-in-law, and grandchildren live.

“I don’t have to be here,” says the 73-year-old. She can work remotely from the new home, then take the train to her previous location when necessary.

What do retirement experts recommend as a way to find meaning in retirement?

Some suggest not jumping into anything too fast but taking time to think about your options. This can be done in the months before you retire or, for some, in the months just after they retire. For example, if you’re asked to serve on a board, how do you know if it’s right for you? You can ask to get involved in a different way before you accept a board position. Maybe accept an advisory role first to see if you find it meaningful. “Once you retire, you have the freedom to pick and choose before you move to the next thing,” says retirement coach Joe Casey, author of the book, “Win the Retirement Game: How to Outsmart the 9 Forces Trying to Steal Your Joy.”

“Be selective,” he says. “Learn to say ‘no’ so you can say ‘yes’ to the things that are your priorities. Don’t commit too early. Take an experimental approach.”

Some people begin retirement relying on leisure activities. Yet, it doesn’t work for everyone. “People are struggling to find something that would give them a sense of purpose,” says Barbara O’Neill, author of the book, “Flipping a Switch: Your Guide to Happiness and Financial Security in Later Life.” “You want to do something that fulfills you.”

In what she calls “identity bridging,” she suggests considering “what part of your career life you want to continue.” For example, do you want to retain membership in all the professional associations you’ve been involved in or “keep just those with the strongest connection? You kind of draw yourself some boundaries of what you want to do and don’t want to do,” she says.

The transition to the years after you officially retire, starts with how to leave the work you have been engaged in for many years. Those in executive positions typically plan six months to a year in advance. For others, the decision of when to let your employer know you plan to retire can depend on the relationship you have with the employer and your manager.

“What’s the trust level? How have other people been treated? If trust is low,” says retirement coach Casey who recommends not giving as much notice, but rather giving three months or less. “If there is no trust, hold your cards much closer to your vest,” he says.

Whatever period is either required or you choose before retiring, it’s a time to reflect on where you’ve been and where you’re going. “Have a really good handle on that before you leave the workforce,” O’Neill says.

Market Extra: A fresh part of the Treasury yield curve is...

Ketanji Brown Jackson confirmed as the first Black woman on the...