Home Top Stories Project Syndicate: Is the World Cup a leading indicator of the world... 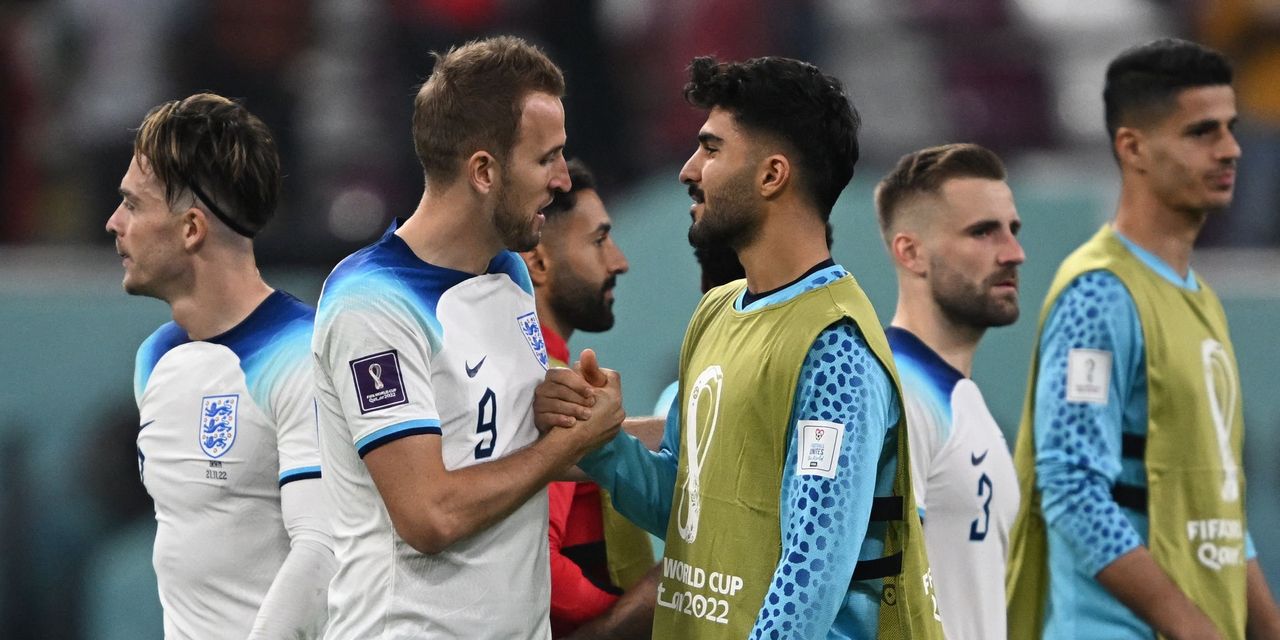 LONDON (Project Syndicate)—The 22nd World Cup is under way, but who at the beginning of this century would have thought it might be hosted by tiny Qatar? Yet here we are, and the only surprise is that it doesn’t feel all that surprising.

For a large part of my professional career, I explored the links between the beautiful game and the global economy. At Goldman Sachs and, before that, at the Swiss Bank Corporation, I indulged my dual obsessions by presiding over special one-off publications for each World Cup from 1994 until 2010.

“ One might even ask a deeper question: is FIFA a leading or a lagging indicator of the world economy and the degree of globalization? ”

After one, I received personal messages from senior central bankers around the world. Some told me it was the best publication we produced, which, given how frequently we published on economic events and markets, was both amusing and something to ponder. We persuaded national leaders and major football figures to guest write for us. On one occasion, Alex Ferguson, the legendary Manchester United manager, selected his all-time top world team.

I have, to date, managed to attend six World Cups, hosted by the United States, France, South Korea and Japan, Germany, South Africa, and Brazil. From these experiences, I can add my voice to those who describe the event as one of the most beautifully inclusive meetings of many different nationalities and cultures. The advent of the Fan Zones, which really took off following the 2006 World Cup in Germany, embodied this spirit, though I experienced it most intensely in Seoul in 2002.

The link between football and the state of the world economy is apparent in the choice of tournament hosts. I think it is an inescapable fact that FIFA’s selection of South Africa in 2010, Brazil in 2014, Russia in 2018, and now Qatar, was based on the steady rise of so-called emerging economies during the first two decades of this century. I have long thought that the other two BRICS countries (a group comprising Brazil, Russia, India, China, and South Africa) might well join the small group of hosts in the future.

But given many major countries’ inward turn in recent years, are the days of even wanting to host the event numbered? Will aspiring emerging-market countries find it increasingly difficult to succeed in staging the world’s most watched tournament? Or, to the contrary, could the world soon shift back to a more contented, globalizing, and inclusive international order?

One might even ask a deeper question: is FIFA a leading or a lagging indicator of the world economy and the degree of globalization?

I suspect that how the competition progresses over the next four weeks and, crucially, how many of us watch the matches, might be the clearest early sign of the broader significance of this year’s World Cup. The competition has been the backbone of FIFA’s revenues. There is already talk—probably motivated by professional clubs’ desire for even stronger revenues—of turning the tournament into a biennial event, or supplementing the current quadrennial format with a quadrennial club-based competition.

If the global economy’s future is very different from the past 20-30 years, this will be reflected in FIFA’s decision-making. It is hard to imagine FIFA being enthusiastic about future competitions in emerging-market countries if these countries contribute less to world economic growth than the tournament hosts since 2010.

In the 1980s, 1990s, 2000s, and 2011-20, global real GDP growth averaged, respectively, 3.3%, 3.3%, 3.9%, and 3.7%. The acceleration in the most recent two full decades was clearly due to stronger growth in the emerging world, and it coincides with the period when FIFA began selecting hosts from outside the traditional football strongholds. It currently looks as though this trend could be reversed this decade, even with eight years still to go.

The perils of forecasting

And what about the winners this time? I learned through the popularity of the publications I produced in the past to go no further than predicting the four semifinalists. For one thing, the same realism with which one must approach economic forecasting applies to the World Cup as well; for another, the leaders of countries we didn’t tip to win often didn’t take it very well.

I start with history. Only eight countries have won the World Cup. Brazil, having won five times, is always one of the favorites, and this year’s squad seems to be one of the tournament’s strongest. Argentina, Uruguay, France, Germany, Italy, Spain, and England are the other previous winners. Even though Italy failed to qualify this time around, the winner is likely to be one of the others.

One of these years, England will win it again, but it could easily be any of the previous winners. Among the rest, Denmark, the Netherlands, and Portugal usually punch above their economic and population weight. Whoever wins, I will be watching for all sorts of signals about the future—just as I have always done.

Jim O’Neill, a former chairman of Goldman Sachs Asset Management and a former U.K .treasury minister, is a member of the pan-European Commission on Health and Sustainable Development.

More on the World Cup

Rachel Koning Beals: Why is FIFA’s 2022 Qatar World Cup so controversial? Here’s a list of issues overshadowing the soccer tournament

Philip Morris suspends operations in Ukraine, where it has more than 1,300 employees

The Tell: First thing Fed breaks with higher rates will be the financial markets,...

Deep Dive: This company has wiped out more investor wealth in 2022 than Tesla

: Zillow stock rebounds after company says it is selling houses...

Xi tells Biden that ‘Ukraine crisis is not something we want...