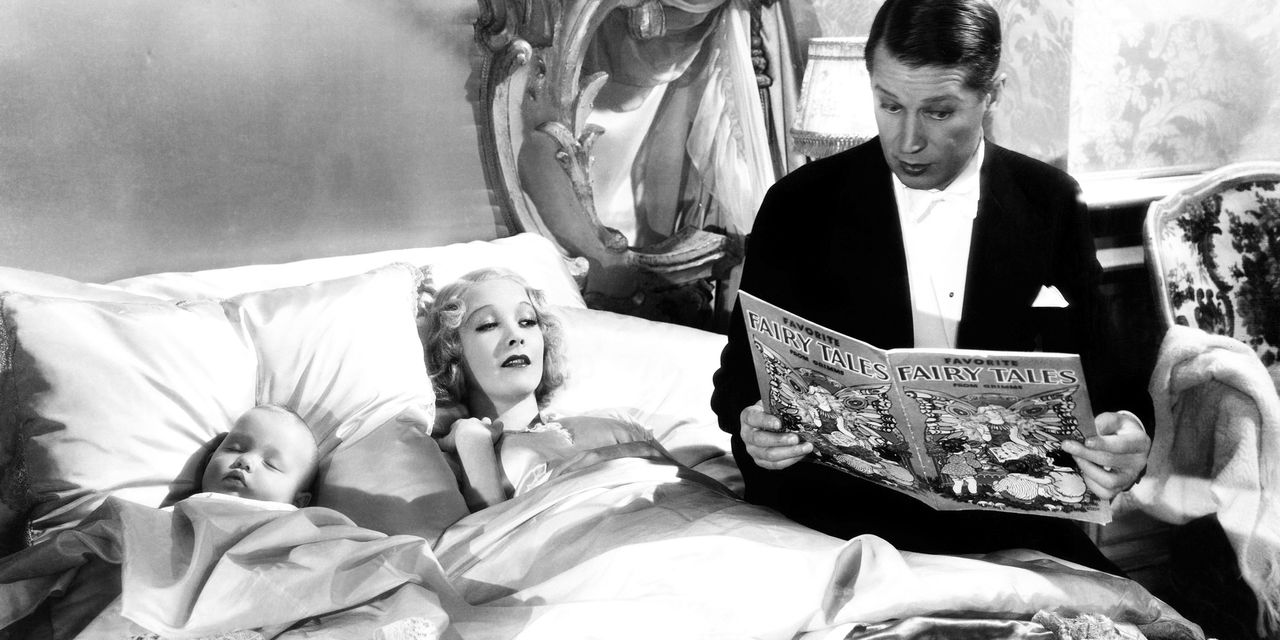 LONDON (Project Syndicate)— Do you believe in fairy tales? If so, you could probably earn good money nowadays as a financial trader or gain power and prestige as a central banker.

While annual inflation in the United States, the eurozone, and the United Kingdom has soared to 40-year highs and will probably hit double digits after the summer, financial markets and central banks seem confident that the war against surging prices will be over by Christmas and that interest rates will start falling by next spring.

Everything is just right

If this happens, the world economy will soon return to the financially perfect conditions of the Goldilocks fairy tale that has entranced investors for the past decade: neither too hot nor too cold, and always just right for profits.

“ The question is whether the new era now dawning will be dominated, for the first time in a generation, by persistently rapid price growth; or whether, for the first time in history, we will painlessly overcome an inflationary crisis with negative real interest rates and without the collateral damage of a major recession .”

Investors’ optimism can be seen in the trillions of dollars staked recently on three closely related market bets. Money markets are now predicting that U.S. interest rates FF00, +0.00% will peak at below 3.5% in January 2023 and then decline starting from next April to around 2.5% in early 2024. Bond markets TMUBMUSD10Y, 2.834%  are priced for U.S. inflation to collapse from 9.1% today to just 2.8% in December 2023. And equity markets SPX, -0.16% DJIA, +0.23% GDOW, +0.01% assume that the economic slowdown that causes this unprecedented disinflation will be mild enough for U.S. corporate profits to increase by 9% in 2023 from this year’s record levels.

Central bankers are more nervous than investors, but they are reassured by their economic models, which are still based on updated versions of the “rational expectations hypothesis” that failed so miserably in the 2008 global financial crisis. These models assume that expectations of low inflation are the key to maintaining price stability. Central bankers therefore see “well-anchored” inflation expectations as evidence that their policies are working.

When central bankers and markets follow each other, both are likely to be led astray. But this only partly explains financial markets’ willingness to bet against warnings by eminent commentators such as Larry Summers, Mohamed El-Erian, Jim O’Neill, and Nouriel Roubini of a return to 1970s-style stagflation.

Buy on the sound of cannons

I have just spent three months traveling around the world to discuss with hundreds of professional investors why I also have shifted to an unequivocally bearish outlook, after a decade of Panglossian optimism about financial markets’ prospects. These discussions have convinced me that today’s investor confidence rests on four fallacies, or at least cognitive biases.

The first cognitive bias is to downplay and defy geopolitics—a view summed up by Nathan Rothschild’s legendary instruction in the Napoleonic Wars to “buy on the sound of cannons.” Professional investors take pride in trading against panicky retail investors who sell their assets because of wars.

This contrarian approach has often proved right, though with one glaring exception. The October 1973 war between Israel and a coalition of Arab states led by Egypt and Syria permanently transformed the world economy in ways that ruined a generation of overconfident investors. They downplayed events that are eerily reminiscent of today: an energy shock, a surge in inflation after a long period of monetary and fiscal expansion, and bewilderment among policy makers who simultaneously faced high inflation and rising unemployment.

Squeezing Russia, one of the world’s largest producers of energy CL00, -0.54% NG00, -0.73% and many other commodities, out of global markets has triggered a supply shock that is at least as serious as the 1973-74 Arab oil embargo and will last for years. Restoring price stability will therefore now require a long-term demand constraint tough enough to match the commodity supply reduction. That implies an increase in U.S. interest rates to 5%, 6%, or 7% instead of the 3.4% peak that investors and central banks now assume. Yet, investors’ Pavlovian reflex is to downplay this geopolitical upheaval and focus instead on small adjustments in U.S. monetary policy.

The trend is your friend

This stance reflects a second cognitive bias, summarized in the investment adage “the trend is your friend,” which implies that changes in market-moving economic indicators such as inflation, unemployment, or interest rates are more important than their levels.

Many investors accordingly believe that monetary conditions have become very tight because central banks have raised interest rates in increments of 0.75 percentage points instead of the usual 0.25 percentage points, despite the fact that rates are still much lower than in any previous tightening cycle.

Similarly, investors seem unperturbed by inflation rising above 9% because they expect it to fall to “only” 7% by December. But businesses and workers in the real economy will still see prices rising at their fastest rate in decades, which is bound to drive corporate pricing strategies and pay negotiations for 2023.

Such a conclusion seems obvious—except to financial traders subject to a third cognitive bias: “Don’t fight the Fed.” This favorite market saying asserts that once the U.S. central bank gets serious about achieving an objective, such as an inflation target, investors should always assume that it will get its way.

This makes sense when the Fed is genuinely prepared to do whatever it takes to meet its goals, for example by clearly pursuing low inflation regardless of the effect on unemployment, stock markets, and debt-servicing costs. But today’s Fed is so focused on “well-anchored” inflation expectations that it is quite relaxed about “backward-looking” data that continue to show prices rising much faster than most businesses and workers have ever seen.

Nothing new under the sun

That leads to a final bias: Most people find it difficult to imagine events that have never happened in their lifetimes. For many investors and policy makers, stubbornly high inflation falls into this category. Market wisdom expresses this bias with the adage that “there are no new eras.”

But new eras do happen, as the world learned painfully in 1973. And today’s interaction of Russia and COVID-19 with monetary and fiscal expansion has created unprecedented conditions, which guarantee that the period ahead will be very different from the past 40 years.

The question is whether the new era now dawning will be dominated, for the first time in a generation, by persistently rapid price growth; or whether, for the first time in history, we will painlessly overcome an inflationary crisis with negative real interest rates and without the collateral damage of a major recession. Markets and central banks confidently expect a new, carefree epoch. If they are right, we can all live happily ever after.

Anatole Kaletsky, chief economist and co-chairman of Gavekal Dragonomics, is the author of “Capitalism 4.0: The Birth of a New Economy in the Aftermath of Crisis” (Public Affairs, 2011).

This commentary was published with permission of Project Syndicate — Why Are Financial Markets So Complacent?

More on the market and the economy

Nouriel Roubini: Stocks could drop 50%. Things will get much worse before they get better.

Joseph Stiglitz: How an arrogant and pathological America could lose the new cold war

Mohamed El-Erian: The people in the global penthouse should worry about the ‘little fires everywhere’ in the basement

TaxWatch: Is it better to get your tax refund in crypto,...