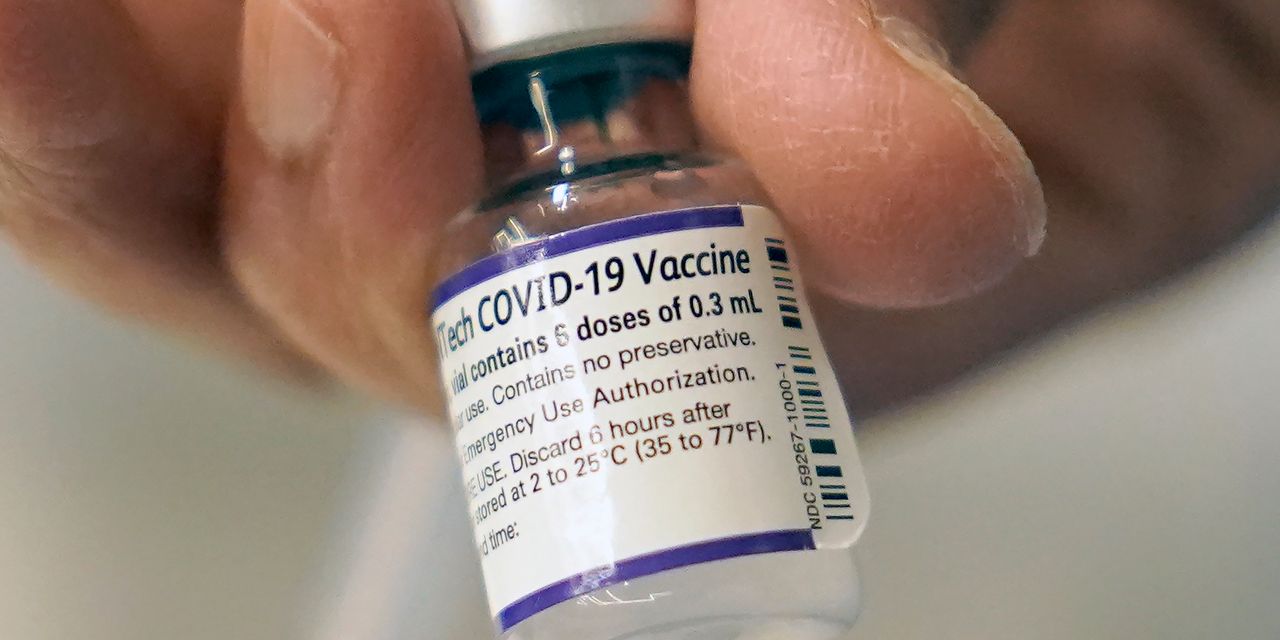 Federal regulators are expected to be asked as soon as Tuesday to authorize Pfizer’s COVID-19 vaccine for children as young as 6 months old, and the first shots could come by the end of February, according to news reports Monday night.

The New York Times and Washington Post both reported Pfizer Inc. PFE, -3.02% and its vaccine partner, BioNTech SE BNTX, +6.08%, will seek emergency authorization from the Food and Drug Administration for its shot to be approved for children between 6 months and 4 years old. Regulators are reportedly asking for data from a two-dose vaccine regimen, potentially leading to approval within the coming weeks.

A three-dose regimen for children under 5 will likely eventually be recommended, the reports said, but health officials are eager to get vaccinations started as soon as possible to protect from the highly infectious omicron variant.

“We know that two doses isn’t enough, and we get that,” one unnamed source familiar with the situation told the Post. “The idea is, let’s go ahead and start the review of two doses. If the data holds up in the submission, you could start kids on their primary baseline months earlier than if you don’t do anything until the third-dose data comes in.”

A child-sized version of Pfizer’s vaccine is currently available for 5- to 11-year-olds, at a third of the dose given to everyone else 12 and older.

For children younger than 5, Pfizer is testing an even smaller dose, just 3 micrograms, or a tenth of the adult dose, the Associated Press has reported.

: Goldman Sachs’s private-equity business has been a ‘black box,’ but now it’s opening...