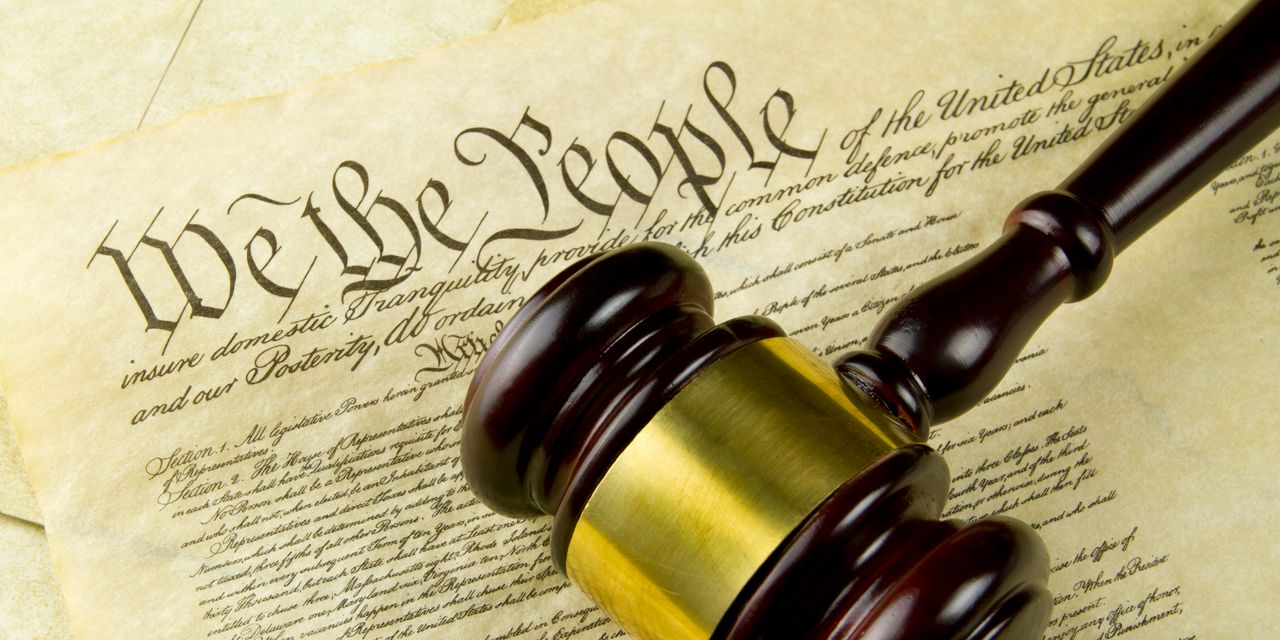 Judging by reaction to recent Supreme Court decisions on abortion, environmental rule making, freedom of religion, and gun rights, the hard left has as much trouble accepting losses as Donald Trump and Stacey Abrams.

In West Virginia v. EPA, the court effectively told the federal agency it can’t use a vague provision of an old statute to write a rule for a new problem—in this case, force utilities to retrofit or junk old coal- and gas-fired plants to promote green energy—without Congress passing a new law.

In Kennedy v. Bremerton and Carson v. Makin, the Court effectively derailed the anti-religion public education establishment by saying it’s OK for teachers and students to engage in prayer—even if it’s conspicuous but doesn’t pressure the participation of others. And states cannot exclude church-sponsored schools from public assistance to private school.

In New York Rifle & Pistol Association it said the right to keep and bear arms includes carrying a concealed weapon in public. Congress and state legislatures will now have much stronger justification to refrain from infringing on enumerated constitutional rights.

Progressives are reacting like spoiled royals whose divine right has been expropriated by a violent mob. Fact is progressives have grown accustomed to using the courts to circumvent the legislative process—and the consent of the governed—to invent or violate constitutional rights on abortion and gender issues, racial preferences, gun rights, climate change, and broader economic regulation.

Research shows women denied access to abortions are less likely to finish school and enjoy financial success. Those findings would be compelling if this were the 1960s but nowadays contraception is easily available. And the pro-choice movement and business will develop effective machinery and financing to permit women to travel from conservative to liberal jurisdictions.

Dobbs will require state legislatures or Congress to balance strongly differing moral perspectives among voters about what should be legal as a fetus emerges into a human being.

What strident pro-choice and pro-life demonstrators outside the Supreme Court and elsewhere won’t acknowledge is that consistently for five decades about 50% of registered voters have said abortion should be legal but only under certain circumstances.

Neither group even represents a plurality of public opinion, but they get most of the media attention.

New York and Connecticut have some of the toughest gun laws in the country, but those did not prevent mass shootings in Buffalo and Sandy Hook, and many state laws will face new scrutiny. However, state red flag laws, like those enabled by the new federal gun law, should pass muster.

The court’s conservative majority is not leading a mad charge to reactionary values but rather taking the country back to first principles that the Constitution was designed to support—private property rights, free and competitive markets, and limits on government encroachment on personal liberty.

This does not mean blind trust in self-interest, business and unfretted capitalism—or that constitutionally guaranteed rights are absolute—but it does require that when governments limit our liberty they do so with compelling purposes, minimal intrusion and reasonable prospects their actions will accomplish their objectives. When competing values and moral judgments are at play, legislators accountable to the people should write the rules, not jurists with lifetime appointments.

The Supreme Court does not need to subvert the Constitution to guarantee women’s freedoms. They are the majority of voters, and no state legislature or Congress could get away with banning birth control—the true foundation of women’s reproductive rights.

In all the histrionics about the decisions handed down, the left forgot to complain about the Supreme Court affirming President Joe Biden’s decision to end returning asylum seekers to Mexico while they await a hearing. Mexico’s cooperation is necessary, and the Constitution assigns foreign policy to the president.

Conservatives took lumps, albeit fewer, too.

The most consequential recent ruling was West Virginia v. EPA, not Dobbs. Too much failure in the U.S. economy emanates from executive-branch bureaucrats meddling without specific legislated authority or reasoned purpose.

Americans generally recognize the electrical grid must go green and the automobile go electric. Utilities and auto makers are moving as fast as they can, and it’s simply foolish to mandate conversion and retirement of polluting plants, strip oil companies of leases for drilling, boost severance taxes, and force the mothballing of refineries.

All the court is doing is requiring the players in this drama we call America to stick to their assigned roles, and let the American people build a better society through their imagination, enterprise and reasoned choices.

Peter Morici is an economist and emeritus business professor at the University of Maryland, and a national columnist.

IPO Report: Allbirds IPO: 5 things to know about the eco-friendly...

Biden administration has reunited 400 children separated from families at border

These 10 high-yielding dividend stocks are a good bet as interest...