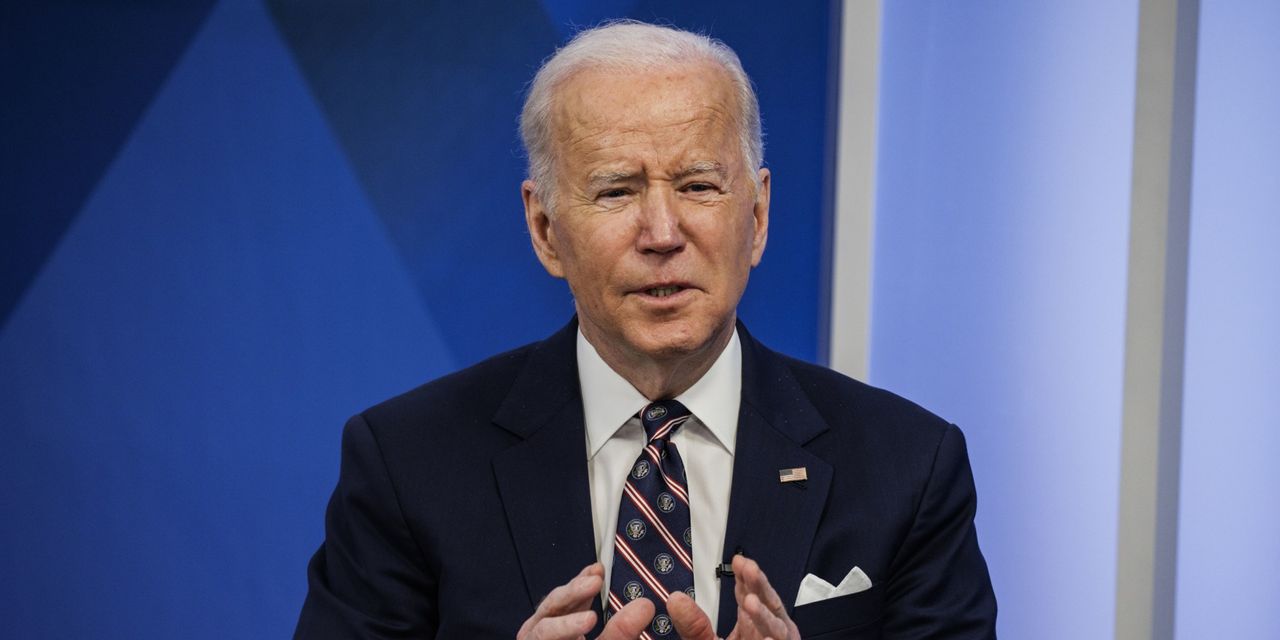 As President Joe Biden addresses the State of the Union, his presidency is in trouble.

His job approval ratings are terribly low and his primary accomplishment—the Infrastructure Investment and Jobs Act—is overshadowed by a failure to win passage of Bring Back Better, and inflation, Afghanistan, urban crime and the failure of diplomacy in Ukraine.

The Infrastructure Act was primarily the work of moderate Republican and Democratic senators and that reflects what’s wrong with the Biden presidency. His candidacy was premised not on a governing vision but rather that he is neither Bernie Sanders nor Donald Trump.

To govern he rented the hard-left progressive agenda and chose top officials whose résumés check the customary boxes but lack innovative ideas about how to accomplish their goals.

Vice President Kamala Harris was charged with addressing the southern border crisis. As with most issues, she appears more concerned with the politics than the substance and is accomplishing little. Often, she doesn’t do her homework and then blames the staff for poor results.

Biden was warned his stimulus package was much too large, and now the country bears historically high inflation, declining real wages and many benefits of asset bubbles going into bigger paydays for investment bankers, private equity and high-tech executives.

Treasury Secretary Janet Yellen and Fed Chairman Jerome Powell have hardly been insightful about the role of the Fed balance sheet in propagating inflation. They embrace the kind of gradualism that Arthur Burns pursued to help re-elect Richard Nixon—ultimately that drove inflation to double digits and helped defeat Jimmy Carter.

The Afghanistan debacle reflected Biden’s political motive to get the troops out by the 20th anniversary of the World Trade Center attack, Secretary of State Antony Blinken’s peculiar idea that he could negotiate with terrorists, and Defense Secretary Lloyd Austin’s failure to warn Americans about the likelihood that the Afghan military wouldn’t hold off the Taliban.

Regarding Ukraine, Biden and Blinken and allies’ leaders gave Russian President Vladimir Putin much of what he wanted—lots of attention, pronouncing NATO forces won’t be directly involved and not equipping Ukraine and Eastern European allies with offensive weapons.

Putin repeatedly asserted he would not invade, and lied to French President Emmanuel Macron by commencing his attack while the two leaders were engaged in intense discussions.

If Putin can attack Kyiv and threaten other Eastern European capitals, President Volodymyr Zelensky and our allies should have the means to impose terrible damage on Russian assets on Russian soil.

Needed are sanctions with sharpest possible teeth—even those costly to the West by completely shutting Russia out of trade, investment and the Western financial system. Russian natural gas and other commodities can be replaced at greater cost to Russia than the EU.

Even if NATO managed a diplomatic deal to halt hostilities without pledging to not add new members, NATO would still abstain from expansion. The Europeans know Putin can move his military machine from Ukraine onto the frontiers of the Baltic states.

Moreover, the United States and NATO would be implicitly acknowledging the legitimacy of Russia’s annexation of the Crimea and slices of Ukraine.

Biden tells us competing with China is job one, but dollars earned from its bilateral trade surplus help finance Chinese industry, R&D, military modernization and Belt and Road soft power.

The notion that America can compete with China on industry and trade and cooperate on climate change and pandemics absolutely fails to recognize we are dealing with a wholly untrustworthy regime that prosecutes atrocities on a massive scale in Xinjiang.

Commerce Secretary Gina Raimondo fills my inbox with news of her participation at crucial meetings but along with U.S. Trade Representative Katherine Tai doesn’t have credible, comprehensive industrial and trade policies to disengage from China and dramatically reduce the bilateral trade deficit.

Defense Secretary Austin still has not produced a comprehensive strategy to reconfigure and modernize the Navy to meet Beijing’s growing threat to Taiwan and security across the Western Pacific.

Austin and Biden offer no plans to counter the threats to the American homeland and fleet by Russian and Chinese hypersonic missiles, antisatellite weapons and cyberattacks.

In only 13 months, the Biden administration has managed to lower the average American’s real wages, make the richest in business richer, and embolden our enemies.

Peter Morici is an economist and emeritus business professor at the University of Maryland, and a national columnist

More on the State of the Union:

Here’s what experts think Biden should say about the U.S. economy and inflation in the State of the Union

Biden to tackle inflation in State of the Union, but he can’t do that much to fight it

Ahead of Biden’s State of the Union, here’s how he’s delivered on his priorities so far

The Moneyist: ‘How much should I tip my housekeeper?’ My husband says we should...

: Airbnb on track for longest winning streak on record after gaining for nine...