Home Top Stories Outside the Box: Dear college grads: I used to think networking was... 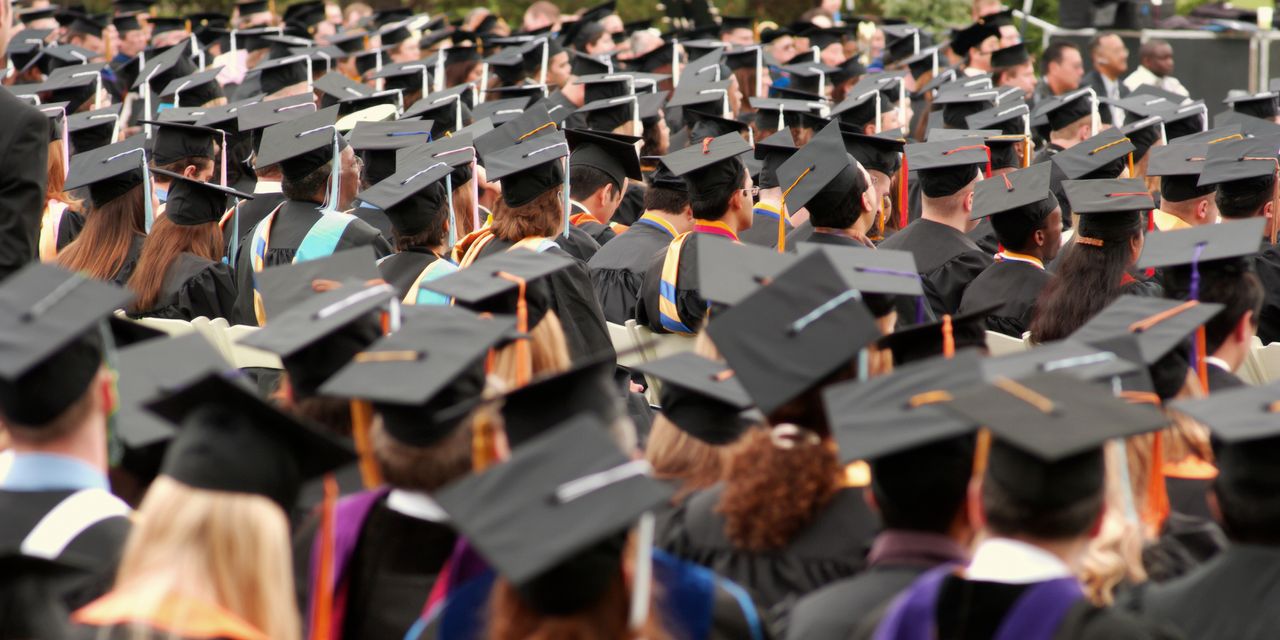 Early in my career, I had a visceral aversion to the tribal activity known as networking.

I had grown up hearing the mantra that you got ahead in life thanks to who you knew rather than what you could do, much less how well. If you had the right connections, a contact in a position of influence, the orthodoxy went, you could land the right job, the right role, the right salary.

Oh, but in my 20s I knew better than to play at the old-boy network game. After all, we Americans by birth and heritage pride ourselves on living in a meritocracy, no? The cornerstone premise I held dear was that if you prepared properly for job and career, and if you amply demonstrated your qualifications, that would do the trick. Quality of performance would prevail, dwarfing every other consideration. Employers would sprint to engage your services. Doors would swing wide open, all to the strains of “Ode to Joy.”

Why my resistance to networking, defined in the Cambridge English dictionary as “the activity of meeting people who might be useful to know, especially in your job”? Because, to me, back then this tradition felt like cheating. I came of age as an adult in the highly skeptical, even cynical, 1970s, weaned on Watergate. You probably got to be an operative in the CIA because you had gone to Yale. You most likely practiced law at a white-shoe Wall Street law firm because your father golfed with its managing partner every Friday morning. You pulled strings and cut through the red tape. And so on, ad infinitum and ad nauseum.

In short, networking felt fundamentally unfair, even decidedly corrupt. You schmoozed people only for your own benefit, and in an attempt to bypass the gatekeeper protocols in place. In seeking referrals and recommendations, you intended to game the system and take undue advantage, no different from rigging a roulette wheel.

My adamant opposition to networking persisted all through my 30s, even as I left a job to venture into full-time freelancing, just when the practice of plying the grapevine would have done me the most good. For me it all still came down to the question: Were you any good at what you do? And to my ironclad belief that if you were, in fact, any good, it would automatically be recognized and rewarded.

But as it turned out, following the so-called straight and narrow, ever the outlier, succeeded only in getting me largely nowhere. Then, as I neared 40, a breakthrough. I took a job in a new profession, and immediately hated it — hated my boss, hated her boss, hated the work itself. Luckily, I happened to mention my misery to a friend, expecting only to express my grievances, nothing more. As it happened, he knew someone looking for someone like me. Within days, I was hired.

Better still, I loved the new job, and to this day remain friends with my former boss, now age 97. That job propelled me into a 21-year career as a senior manager with global professional-services firms. All the credit goes to unwitting networking.

Only years later, from stories my family told me, would I learn that both of my grandfathers had succeeded as entrepreneurs largely through networking. One grandfather, a former bar owner, grew affluent investing in real estate through leads from a friend. The other, an accountant, gained numerous clients through a highly enterprising brother-in-law.

Eventually, if slowly and even suspiciously, I took a deliberate stab at networking. Taking this new tack, I secured jobs, clients, assignments, attorneys, agents, blurbs for a book, even career opportunities for our son and daughter. Today, as a consultant, I would be out in the cold without the compound interest that comes from networking.

I regret coming so late to my understanding of, and appreciation for, the value of networking. Call that naïve at best. And at worst foolish. Otherwise I might have accelerated 15 years of plodding progress. Earned more money, too.

Let’s face it: We’re born to network. What do we think kids in a playground are doing all afternoon? Networking promotes efficiencies, consolidates power and builds reputations. The exchange of favors is Darwinian. Leverage exerted thrives on the strength of cooperation, collaboration and generosity of spirit.

Bob Brody, a consultant and essayist, is author of the memoir “Playing Catch With Strangers: A Family Guy (Reluctantly) Comes of Age.”

Autotrader: Here are the top 10 electric cars of the year

Retirement Hacks: Beat the blues this holiday season by keeping in...