Home Top Stories Outside the Box: Cutting taxes was the wrong way to reverse ‘the... 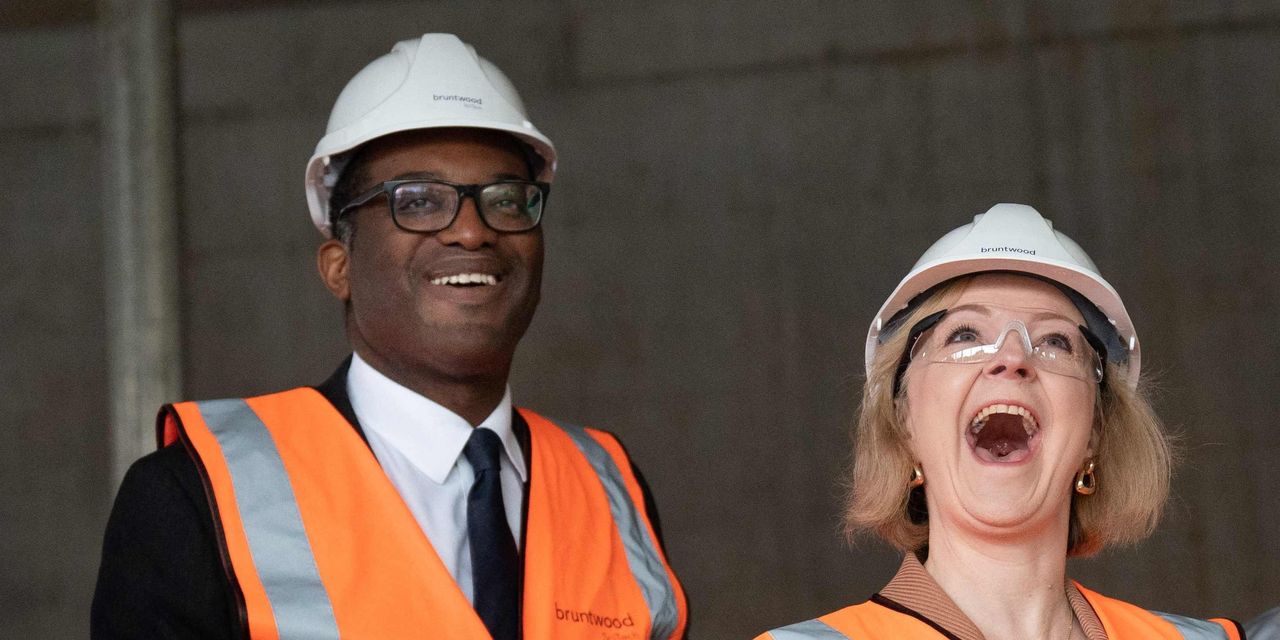 U.K. Prime Minister Liz Truss and her Chancellor, Kwasi Kwarteng, think they can grow their economy by cutting taxes and slimming down the government.

The bond and currency markets agree with me. Last week, in response to their mini-budget, U.K. bonds, known as gilts, melted down, with yields TMBMKGB-10Y, 3.866% hitting 6%, while the pound GBPUSD, -0.25% almost hit parity with the U.S. dollar.

This is not surprising: It’s my decisions—and those of people like me that move these markets.

I have spent the last 25 years running a global investment partnership. I’ve thought long and hard about how to create durable, long-term wealth for my investors. Much of that knowledge applies to countries.

But the debacle last week was just the latest in the unfolding economic disaster that is the U.K. I and other market participants have not liked the Tory government’s policies for a while now — and it shows. In the last half-decade, the pound has declined by more than 50% against major currencies. And the U.K. is the only G-7 country that has not recovered to pre-pandemic levels of national income.

Truss and Kwarteng sensibly have reversed their tax cut for the rich. But as the markets continue to show, confidence in their policy-making ability has simply drained away. If they want to win that back and really juice long-term growth in the U.K., here are some things they should look at.

More important than lower taxes is to have a sober, stable and sustainable tax rate, one that rewards entrepreneurship while also raising the funds the government needs in order help those who need it. An unfunded tax cut that raises questions as to how it will be funded—and that raises the likelihood of political struggles over who gets what — is not going make investors like me more interested in the U.K.

Consider instead cutting taxes only once the economy has grown and public finances are looking good. But not in a snap move that will likely be reversed by the people who follow you. Build a nationwide consensus. Make sure it will stick. And then, only then, make your change. And make it incremental.

It’s hard to be productive if you are worried about the health and welfare of people you love. A well-funded National Health Service is not just about fairness. A healthcare system that takes care of everybody may well make a greater contribution to productivity than cutting taxes. It’s about freeing people up from worry to help them focus on other, more productive activities.

No matter how entrepreneurial rich people and corporations are, putting more money into their pockets will not create the infrastructure that the country needs to succeed. If you want an investment-friendly environment, it’s critical, for example, for the country to have safe, reliable and improving transportation networks. The Crossrail project that provides high-frequency rain service through London from west of Heathrow Airport to the capital’s eastern suburbs is an excellent example of that.

But so much more needs to be done. Most of Britain’s train infrastructure resembles Amtrak rather than the Swiss train system or the French TGV, two systems that all countries should be aiming for.

British road and rail networks need to link up the country’s regional centers more directly. And far fewer journeys between those centers should require travel via London.

Reliability is even more critical. That means few to no strikes. So the government needs to work on labor relations. Get workers to buy into your vision for growth.

Go to work on free trade

If Truss and Kwarteng truly want Britain to be the Singapore of Europe, they need to remove all the barriers to free trade erected by Brexit. Lee Kwan Yew was a champion of free trade for Singapore. But for more than half a decade, the Tories have had the misguided assumption that cutting trade links with Britain’s closest neighbor, the European Union, was a good idea. It isn’t.

Stop yanking Britain to the extremes

I, like Liz Truss, came of age during the Thatcher era. I admired her and her policies. But different solutions are required now, and it’s facile to think what worked then will work now.

Then, I used to think that one should privatize everything. I now understand the value of the NH —not just for justice, but for a productive population. And just as most Thatcherites have moderated their views on big government, anti-Thatcherites have accepted that a healthy and vibrant private sector creates the most prosperity.

I have learned that the best path is usually the middle way. We don’t need smaller government, but better government. Scandinavian countries like Denmark and Sweden, despite having a healthy government share of in national income with relatively high taxes, achieve a high standard of living and much prosperity and happiness for their citizens. They provide a far better model to achieve prosperity for all.

Policies should also be politically sustainable in that they stick past beyond this electoral cycle.

Don’t focus on tax cuts or shrinking public services in a madcap race for growth. Rather, work toward better infrastructure for growth—and combine that with more security for the population. Once the economy is growing because of prudent, long-term investments, then—and only then — should taxes be lowered.

Guy Spier is the manager of the Aquamarine Fund and author of “The Education of a Value Investor.”

Asset manager Atlas to be acquired by Poseidon in $10.9 billion deal

In One Chart: U.S. Treasury market plagued with illiquidity as government...