Home Top Stories Next Avenue: The 3 things the happiest retirees do with their finances 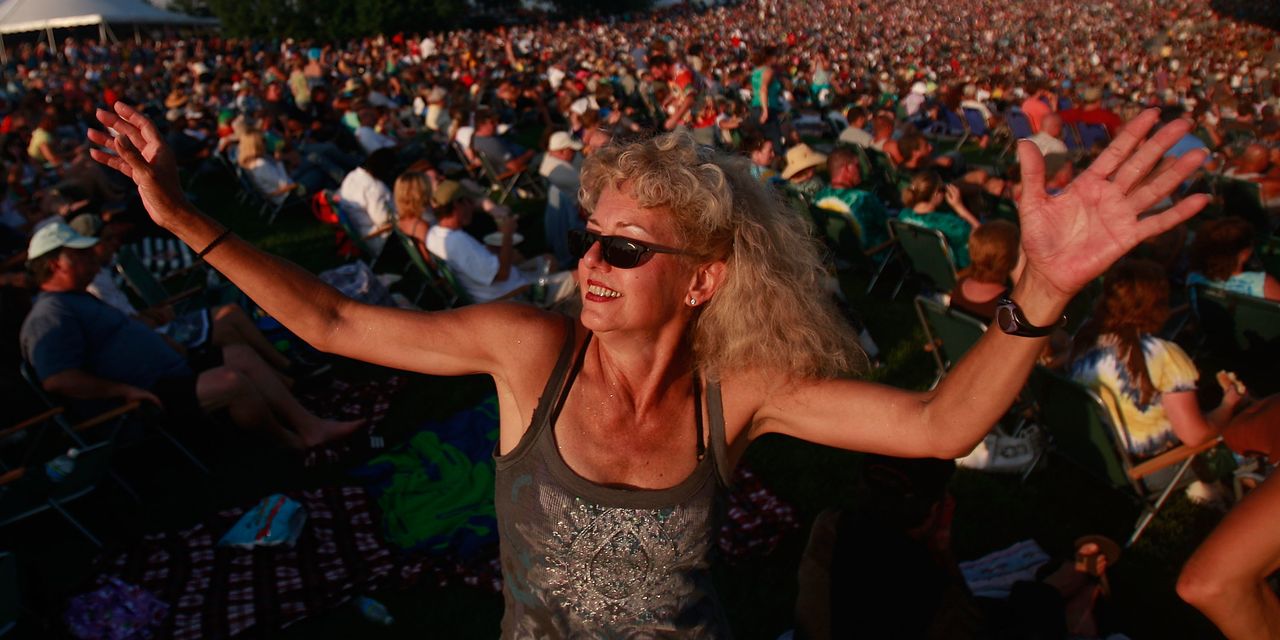 If you’re curious how to become one of the happiest retirees and how to avoid becoming one of the least happy retirees, I can offer some surprising guidance.

That’s because of what I learned reading two excellent, new books about all this and talking to their authors for Next Avenue and the “Friends Talk Money” podcast I co-host. (You can hear the episode wherever you get podcasts.) Hint: when it comes to happiness in retirement, it’s not just about the money.

What the happiest retirees know

Certified Financial Planner Wes Moss comes at this based on surveys he conducted with about 2,000 U.S. households who were retired or within 10 years of retiring for his book “What the Happiest Retirees Know: 10 Habits for a Healthy, Secure, and Joyful Life.” He calls the happiest ones HROBS, for Happiest Retirees on the Block. Moss is a managing partner and chief investment strategist for Capital Investment Advisors in Atlanta.

Wealth adviser Tony Hixon, author of “Retirement Stepping Stones: Find Meaning, Live With Purpose and Leave a Legacy,” has a more painful, personal perspective that made him overhaul his approach to financial planning and retirement planning. It came out of the tragic experience of his late mother’s retirement (more on that shortly). Hixon is a co-founder and chief operating officer of Hixon Zuercher Capital Management in Findlay, Ohio.

Incidentally, neither Moss nor Hixon view retirement as necessarily the traditional stop-working-altogether idea. To them, and to many others, retirement is now whatever way you define it — which could mean working part time when you want, as much as you want, or volunteering or not working at all.

Moss’ survey found there were three important financial traits of the happiest retirees:

3 financial traits of the happiest retirees

No. 1: Having at least $500,000 in liquid assets (money in things you can sell quickly or easily such as bank accounts, stocks, bonds or mutual funds).

No. 2: Having your mortgage either paid off or an expectation that it’ll be paid off within sight of when you’re going to stop working.

No. 3: Having multiple streams of income; one of those could be part-time work.

Said Moss: “There’s a real psychological benefit to a diversified income stream. If something happens to one of these income streams, I’ve got all the other ones to rely on. And that gives me real financial peace of mind.”

My “Friends Talk Money” podcast co-host Pam Krueger, founder of the financial adviser vetting site Wealthramp, offered this view of those traits: “Those are three things that to me all spell one thing — I want to be able to live without worrying.” But she takes issue with the $500,000 figure as “the number,” saying “everybody’s going to have their own number they get obsessed with.”

Our podcast co-host Terry Savage, a syndicated personal finance columnist and author, agreed with that assessment. “The specifics are going to be different for everyone,” she said. Savage also noted that peace of mind in retirement is about “how you’ll get through the bad times of a market crash or more inflation or the sad need for long-term-care insurance.” To Savage, “the contingencies” need to be part of your plan.

Also see: I never expected to retire to Panama — but we are living ‘very comfortably’ on $1,200 a month

In his survey, Moss also learned there were a few very important habits shared by the happiest retirees that were not financial. Two of them are what he calls social connections and curiosity.

Social connections, Moss said, are about having a few people you feel comfortable with sharing your own bad news or good news. “I want people to think of this as a must, not a nice-to-have,” Moss said. “It doesn’t matter what we’re going through as a nation, whether it’s a pandemic, a war or a natural disaster, we have to have the social connections.”

Noted Moss: “Not only do they find new ones, but they also want to get better at the ones they currently have. So, they dive deeper into them.”

On his website, Wesmoss.com, you can take a free core pursuits quiz to see which types of pursuits you might want to explore in retirement. I did and learned that part-time work was the core pursuit I should explore. Savage said one of her core pursuits is helping fund a horse rescue program.

Krueger strongly endorsed Moss’ view of curiosity and core pursuits in retirement. “I see more vibrance among those who have tapped into something, whether it’s out of curiosity or it’s just out of love and passion,” she said. “In some cases, it’s stumbling into pursuits they didn’t even realize would show up as opportunities.”

Krueger pointed to a family member who is a retired widow and has gotten into yoga, as well as babysitting her grandkids. “She’s got that nice — I hate to say it, it sounds corny but it’s true — balance of different activities,” Krueger noted.

Finding meaning and purpose in retirement

The core pursuits idea dovetails into Hixon’s view of a happy, rewarding retirement — something that, sadly, his mother Pam Hixon didn’t have.

Hixon’s mother was a hospice nurse; he describes that job as her calling. She was set financially for retirement. Problem was, she hadn’t thought much about how she’d spend her time in retirement and find fulfillment like she had while working. That led to spiraling depression.

“She really began to lose her way,” said Hixon. “And her decision to retire actually became her biggest regret. The main reason for that was because she just no longer really felt needed.”

As a result, Hixon hired a life coach for his clients, alongside his firm’s financial advisers, to help them view retirement planning more holistically. He now strongly believes you can avoid becoming one of the unhappiest retirees by finding meaning and living with purpose in retirement.

“It’s not just about checking those quantitative boxes” about how much money you’ll need for retirement, Hixon said. “It’s about determining and doing the hard work of what’s next.” To Hixon, becoming a happy retiree isn’t just about having enough money to sleep at night, “but enough purpose to get up in the morning.”

His advice: “Identify your values, understanding what it is that you really do value that you want to continue” into retirement.

Read next: When planning for retirement, start planning ways to have fun

And, he said, “think about a Plan B in case retirement doesn’t prove to be as meaningful or purposeful as you’d hoped.” Your Plan B could be teaching students about the work you did in your career, for example.

Savage called finding meaning and living with purpose in retirement “a really profound and important point.” I agree, and hope you do, too.

Richard Eisenberg is the Senior Web Editor of the Money & Security and Work & Purpose channels of Next Avenue and Managing Editor for the site. He is the author of “How to Avoid a Mid-Life Financial Crisis” and has been a personal finance editor at Money, Yahoo, Good Housekeeping, and CBS Moneywatch.

What’s Worth Streaming: Why Peacock, Apple and HBO Max are streaming must-haves for February...