Home Top Stories NerdWallet: A home buying tactic from the ’70s and ’80s is seeing... 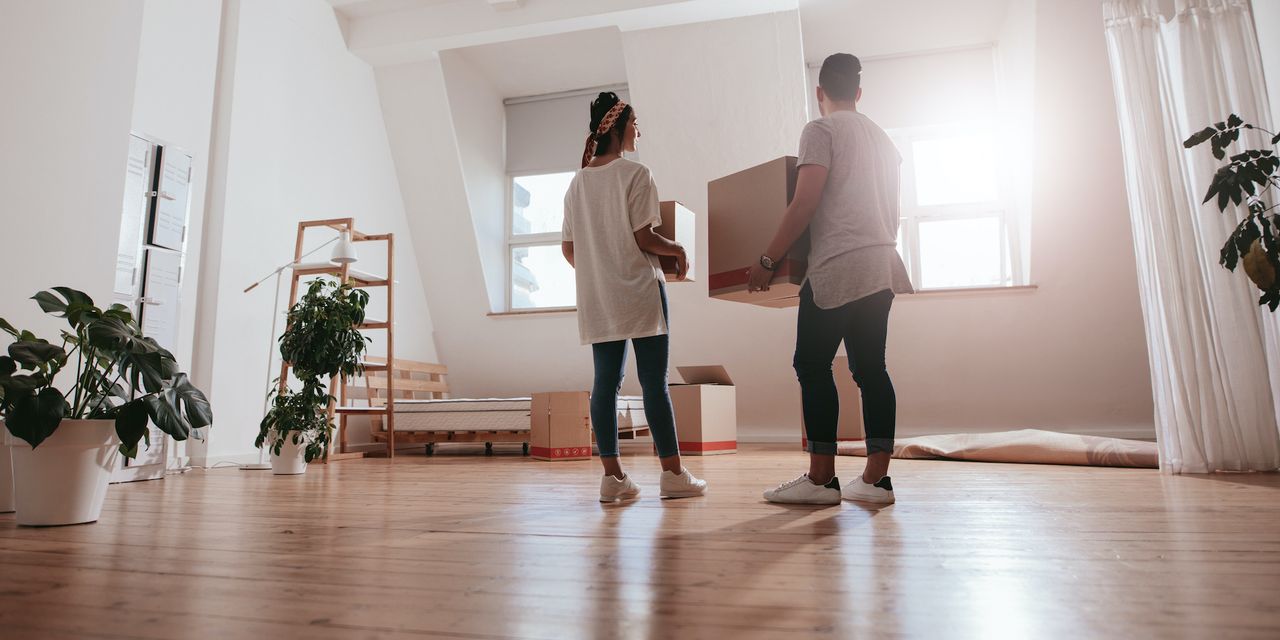 This article is reprinted by permission from NerdWallet.

Home buyers are looking for ways to whittle down their mortgage rates. As a result, a once-popular home-selling tactic is making a comeback. It’s called a temporary buydown, and it was widely used when mortgage rates were zooming upward in the late 1970s and early 1980s.

The revival of the temporary buydown is timely, as mortgage rates are at a two-decade high, with the Federal Reserve expected to raise the floor under mortgage rates twice more this year. Fewer people are buying homes because rising rates make homeownership unaffordable. In some markets, negotiating power is even shifting from sellers to buyers.

In these conditions — when interest rates are rising and home sellers must make an effort to lure buyers — temporary buydowns can flourish. It’s time to dust them off and put them to use.

How do you buy down a mortgage rate?

This is accomplished by subsidizing the interest rate that the borrower pays. For example, let’s say a buyer gets a mortgage at a 7% interest rate, with a one-year buydown. Because of the buydown, the monthly payments in the first year are based on a 6% interest rate before rising to 7% thereafter.

Traditionally, most temporary buydowns are paid for by home builders and home sellers as a closing cost equal to the buyer’s interest savings. In the example above, the buyer saves $2,367, and the seller deposits that amount into a custodial account at closing. The loan servicer draws from the account every month to make up the difference between the full loan payment and the discounted bill the homeowner is paying.

The twist these days is that some lenders are offering temporary buydowns as a means of competing for business when there are fewer mortgages to write. When comparing lenders, this is a feature worth watching for.

What the buyer gets out of it

“Buydowns were a routine affair when I got into the real estate business in 1978,” says Lou Barnes, senior loan officer with Cherry Creek Mortgage in Boulder, Colorado. Mortgage rates were rising fast in those days, as they are now, and buydowns were designed to ease the buyer’s transition from a lower interest rate or cheaper rent, Barnes says.

Nowadays, temporary buydowns appeal to first-time home buyers who are shocked by the speed at which mortgage rates have risen, and who will deplete their savings on the down payment and closing costs. The temporary payment reduction allows borrowers to replenish savings or spend the money on home upgrades.

“You know how it is when you buy a home: You might want to buy new carpeting, new appliances — what it takes to make it your home,” says Bill Banfield, executive vice president of capital markets for Rocket Mortgage.

Rocket is paying for one-year buydowns through the end of 2022, Banfield says, with a product the company calls Inflation Buster. New American Funding offers lender-paid buydowns, too, said Ben Lane, New American’s managing director of editorial, through email. And other lenders have recently begun to market buydowns paid by sellers.

Buydowns can last longer than one year, allowing borrowers to extend their savings:

Learn more: Here are ways to lower your mortgage rate, according to this mortgage company CEO

What the seller gets out of it

Temporary buydowns are “older than bell-bottoms,” Banfield says, and there are signs that they are coming back into fashion as negotiating mojo shifts from sellers to buyers. The reason: Buydowns are a time-tested way to entice reluctant buyers.

A seller may offer a buydown instead of dropping the price. That way, the seller gets to brag about getting the desired price while the buyer saves money.

For example, let’s say the buyer and seller are $7,000 apart after days of haggling. A temporary buydown resolves the impasse:

Either side can suggest a buydown. The seller can offer one proactively, as a competitive tactic. The buyer can request one as a seller’s concession.

The lender must qualify the borrower at the full interest rate, which requires the lender to determine that the borrower can afford to repay the loan after the rate reductions have run out.

Fannie and Freddie also restrict temporary buydowns to a maximum of three years. And to soften payment shock, the effective interest rate can go up only one percentage point each year. So the borrower’s effective rate can’t jump from 5% to 7%; it would have to go from 5% to 6% for a year before settling at 7%.

How buydowns differ from ARMs

A temporary buydown resembles an adjustable-rate mortgage because the borrower starts out making payments at one interest rate and later makes payments at another interest rate. But a buydown is not an ARM.

A key difference is what happens with the interest rates. On an ARM, the interest rate and the monthly payments can change periodically for the life of the loan. With a buydown, the interest rate never changes. Instead, the seller (or sometimes the lender) pays part of the borrower’s interest payments in the first year or two or three, but the underlying note rate remains the same.

One argument in favor of ARMs is that they last longer and can result in greater savings, at least in the first five years, says Carolyn Morganbesser, assistant vice president of mortgage originations for Affinity Federal Credit Union in New Jersey.

“The ARM is going to get you into your home; it’s going to give you the lowest possible payment at this given time,” Morganbesser says.

While that may be true, one drawback to ARMs is that a seller can’t offer them as a concession. Morganbesser says that in her area, this objection is irrelevant right now because it’s still strongly a seller’s market, so sellers have little incentive to offer concessions.

But in some places away from the East Coast, sellers already are competing for a dwindling pool of willing buyers. In these markets where buyers have the power to pick and choose, sellers might be inclined to offer buydowns.

Read: The number of houses listed for sale soared in October — but a closer look reveals a housing market that’s cooling rapidly

How buydowns differ from discount points

“If you sell or refi before those six years, you leave money on the table,” Barnes wrote in an email.

In contrast, the buyer’s savings from a temporary buydown equal the seller’s upfront cost in one to three years.

A welcome return to normality

The imminent revival of temporary buydowns is a harbinger of a more traditional housing market in which sellers and their real estate agents are no longer sorting through a dozen desperate offers for every house.

“There will be an effort to sell properties where this creative structuring and financing might come into play,” says Michael Kelczewski, real estate agent for Kurfiss Sotheby’s International Realty in Wilmington, Delaware. “Or, you know, just time-tested methods like holding an open house, a broker’s open, calling agents, sending out emails, sending out postcards — doing all the salesman stuff to get these properties sold.”

MarketWatch Premium: Adding international stocks to your portfolio can help you endure any pain...

Who is the most hated type of airline passenger? The seat...