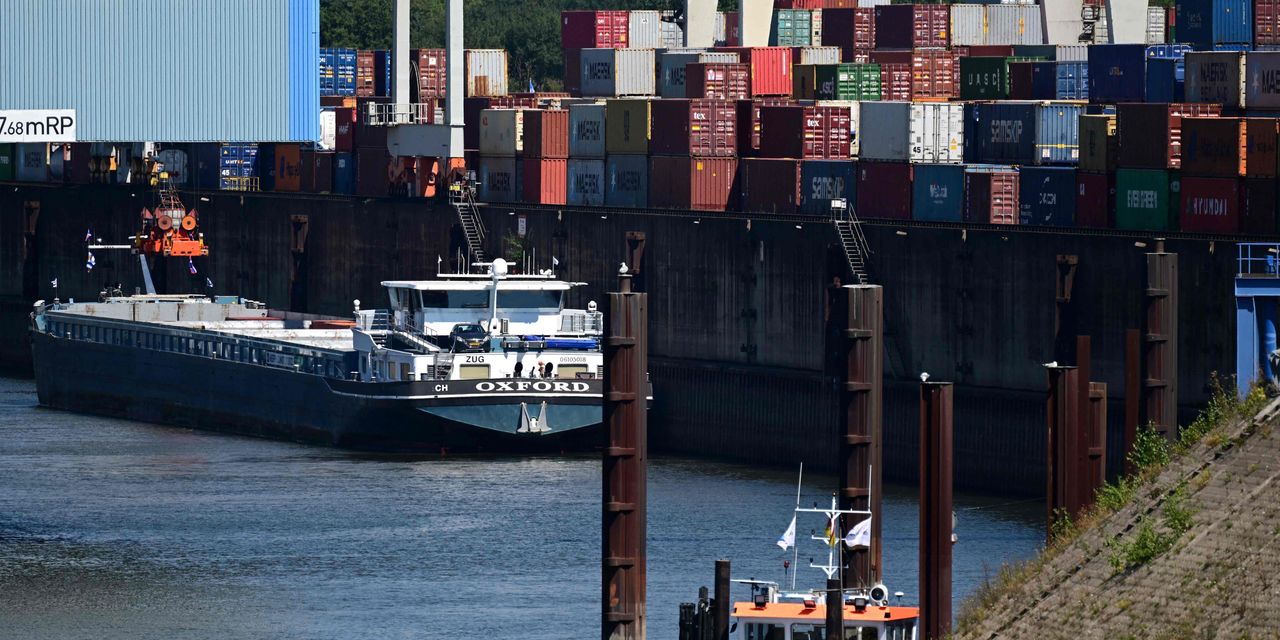 The numbers: The U.S. international trade deficit fell in August to a 15-month low of $67.4 billion, paving the way for a resumption of growth in gross domestic product in the third quarter.

The deficit narrowed 4.3% from $70.5 billion in July, the government said Wednesday. It was the fifth decline in a row.

Economists polled by The Wall Street Journal had forecast a deficit of $67.7 billion.

GDP contracted in the first two quarters, meeting an old rule-of-thumb for when an economy is in recession.

The group of prominent economists that makes the official declaration, however, uses a broader definition that suggests the economy has avoided a recession.

Big picture: The U.S. trade deficit has tumbled since peaking at a record $106.9 billion in March. Exports have risen and imports have declined, particularly because of falling oil prices.

Lower trade deficits add to GDP, the official scorecard of the economy. The shrinking trade gap is set to add a whopping 3 points to third-quarter GDP, according to estimates from S&P Global Market Intelligence.

That’s the mirror opposite of what happened in the first quarter, when the record trade gap caused GDP to turn negative for the first time since early in the pandemic.

The result: GDP is set to rise for the first time in three quarters, ending at least for now any talk that the U.S. is already in recession.

Which way the trade deficit trends in the months ahead is less clear. A strong dollar is hurting U.S. exporters while a slowing economy could force Americans to reduce spending on imports even though they are cheaper to buy.

Ditto for the economy. While it’s still growing, the pace of expansion is expected to slow as the Federal Reserve jacks up interest rates to try to tame high inflation.

Key details: Exports slipped 0.3% in August to a $258.9 billion, but it’s still the second highest level on record.

Looking ahead: “The further sharp decline in the trade deficit… means that net exports provided a big boost to third-quarter GDP growth,” said senior U.S. economist Andrew Hunter at Capital Economics. “But the twin drags from the surging dollar and the deteriorating global economy suggest that strength will fade soon.”