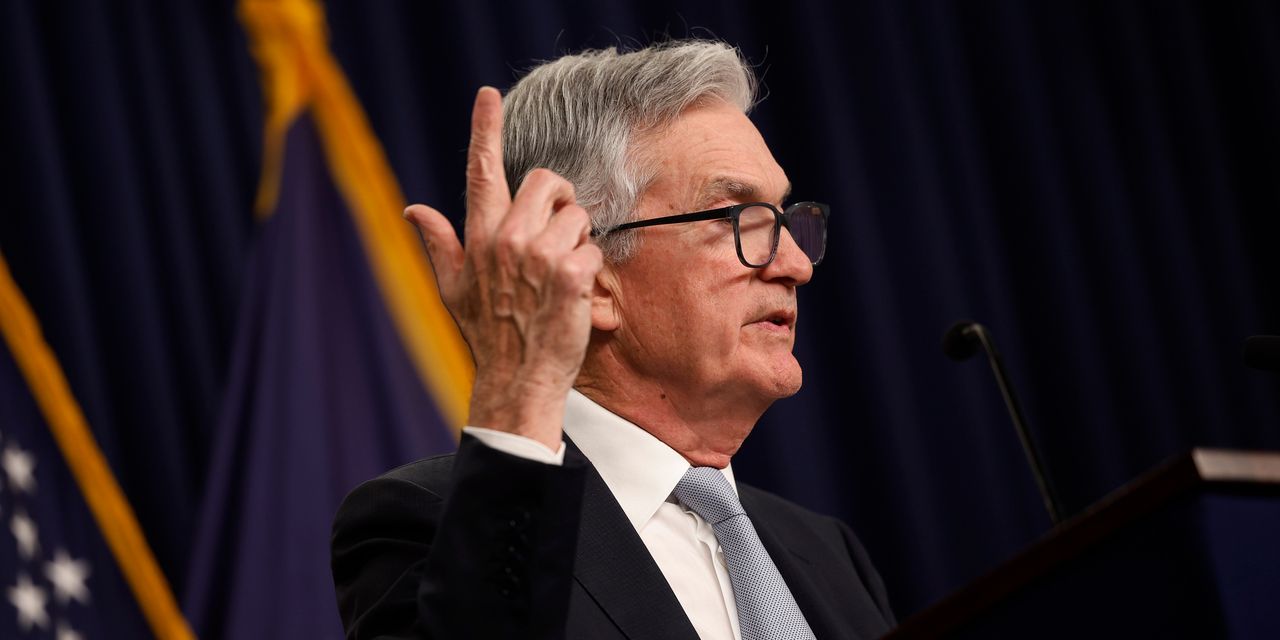 Fed Chair Jerome Powell is learning on the job. He didn’t repeat the mistake he made in his July press conference, when he said some things that markets interpreted as signs that the Fed was wavering in its commitment to fighting inflation.

The stock market SPX, -2.50% took the same interpretation from the statement released by the Fed today, but Powell quickly corrected the record.

Here’s the key sentence from the statement that the market bulls seized on before Powell spoke: “In determining the pace of future increases in the target range, the Committee will take into account the cumulative tightening of monetary policy, the lags with which monetary policy affects economic activity and inflation, and economic and financial developments.”

Markets initially rallied on the idea that the Fed was signaling the long-anticipated pivot in monetary policy. The Dow DJIA, -1.55% was up about 300 points.

But Powell immediately quashed those hopes in his press conference, announcing that the Fed “had a long ways to go” on interest rates and declaring that it was premature to talk about a pause in rate hikes. Furthermore, he said that it was quite likely that they would have to raise interest rates to a higher level than they had expected just six weeks ago because the inflation picture had gotten “more and more challenging.”

Powell pivoted, but in the hawkish direction. Markets COMP, -3.36% tanked.

Powell recognized that the dovish language in the statement was a necessary sop to the doves on the committee, showing that the Fed is aware that its rate hikes are beginning to bite or that inflation measures such as the consumer price index (CPI) and the personal consumption expenditures (PCE) price index will be slow to adjust to the collapse of the housing market.

But Powell knew he had to balance that sweet dovishness with some hawkish heat to put the bulls back in their place. He doesn’t want the market to start celebrating the victory before it’s won.

Powell knows he has to prove to everybody that he’s serious about taking away the punch bowl. He wants us to believe with every fiber that the Fed is going to fight inflation until it cries uncle.

Rex Nutting is a columnist for MarketWatch who has covered the Fed and the economy for more than 25 years.

More on the Fed and the markets

Oil futures post a loss for the week on demand concerns

Fisker to start reservations for second EV, with production slated for November

NewsWatch: Here’s what the Black Friday carnage may mean for the...