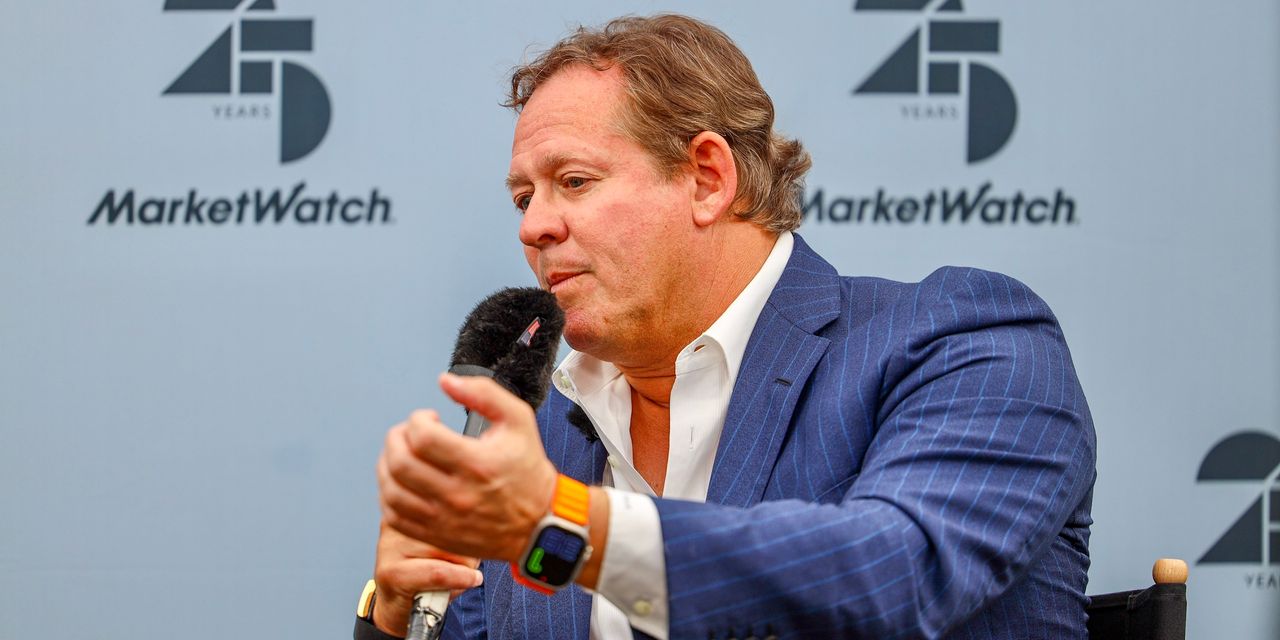 By some measures, the 60-40 portfolio is experiencing one of the worst years in recent memory.

As bonds and stocks have sold off in unison, some people have even questioned whether one of the core tenets of modern portfolio theory still makes sense for investors looking to diversify away their risk exposure.

According to Rick Rieder, BlackRock’s chief investment officer of global fixed income, investors might be better off with a “40-60” portfolio — that is, a portfolio that allocates only 40% to stocks, and 60% to bonds.

His recommendation comes as Treasury yields are trading at or near their highest levels in more than a decade. The 2-year Treasury note yield TMUBMUSD02Y, 4.447% logged its highest end-of-day level in 15 years on Thursday on what was an extremely volatile day for markets.

“I think in the near term 40-60 makes more sense if you can get yields at these levels,” Rieder said during an interview with MarketWatch reporter Christine Idzelis, adding that insurance companies, pension funds, endowments and other institutional investors can easily earn a yield of 5% to 6% from a portfolio of short-dated bonds, with some high-yield assets mixed in.

“I think for the time being, fixed income makes a lot of sense,” he said.

Of course, bonds may well still be in for more volatility this year as the Federal Reserve continues to aggressively hike interest rates.

Asked if the Fed is moving too aggressively, Rieder said he’s “not worried” about future Fed rate hikes, adding that the central bank just needs to raise the Fed funds rate to its “terminal rate” as quickly as it feasibly can.

“I don’t think there’s much of a debate. I think they [the Fed] stayed too easy too long,” Rieder said.

“I think the Fed is doing the right thing today,” he added.

The Fed has raised its benchmark interest rate by more than 3 percentage points so far this year, and futures traders expect the central bank will deliver another 75 basis-point rate hike at its meeting in November, and possibly another in December.

Biden: $450,000 payments to families separated at border ‘not going to happen’

Biden to back bill requiring that super PACs disclose donors