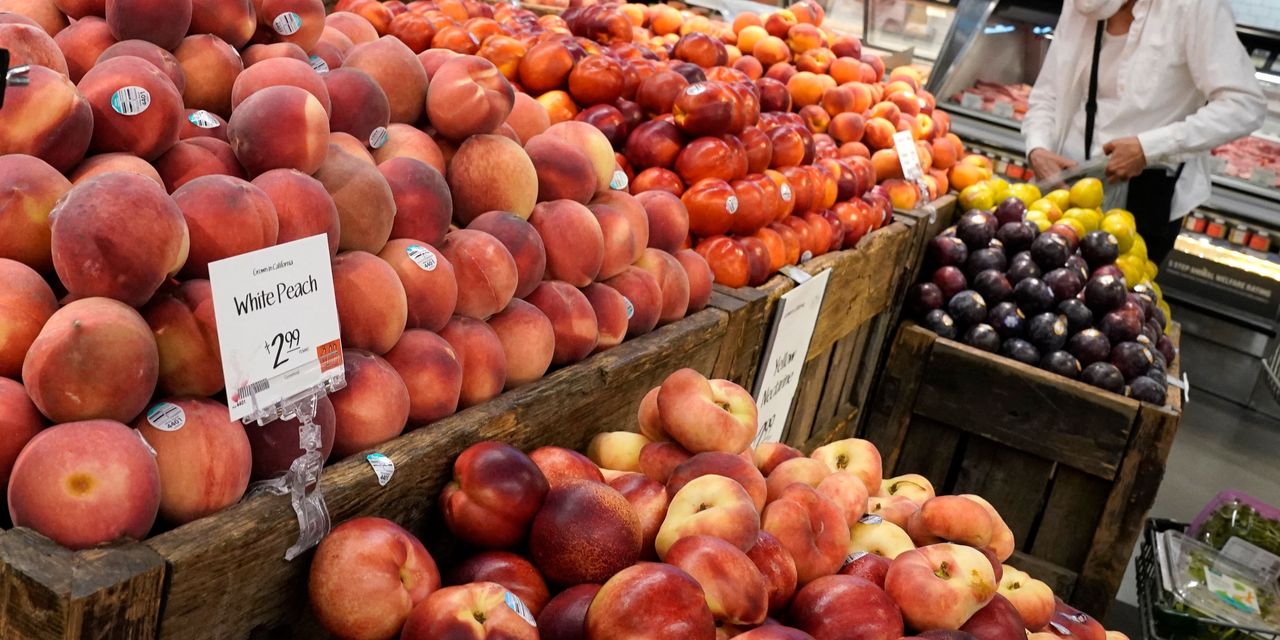 U.S. stock indexes closed at their highest levels since early May on Wednesday, after July’s headline consumer price index showed inflation slowing, due largely to lower energy prices, and potentially easing the burden on the Federal Reserve’s monetary policy.

The consumer price index was unchanged in July, compared with the 1.3% gain in the prior month, according to the Labor Department. The rate of inflation in the 12 months ended in July slowed to 8.5%from a 41-year high of 9.1% in June.

The closely-watched core measure of inflation that omits volatile food and energy prices rose 0.3% in July, a slower pace than a 0.7% gain in the prior month. The 12-month rate remained steady at 5.9%.

“A number of components that people have been flagging as being potentially problematic and keeping inflation persistent at high levels, started to show some easing,” Stephen Hoedt, managing director at equity and fixed income research at Key Private Bank, said in an interview. Hoedt cited a slowdown in the rise of the owners’ equivalent rent index and medical care index in July.

“I really do think that that opens the possibility to the Fed considering 50 basis point hikes instead of 75,” Hoedt said.

The Federal Reserve will consider the data ahead of its September 20-21 policy meeting where it is expected to raise its benchmark interest rate again.

Following the release of July inflation data, Fed funds futures are now pricing in higher odds of a 50 basis point interest rate hike from the Fed in September, a dramatic shift from just a day ago.

However, although the inflation data moderated a bit on the back of falling gasoline prices, some analysts still believe it’s running at a worryingly high rate as both shelter and food costs rose significantly. Shelter costs, which make up about one-third of the CPI weighting, rose 5.7% over the past 12 months.

“The persistence of still solid inflation data witnessed today, when combined with last week’s strong labor market data, and perhaps especially the still solid wage gains, places Fed policymakers firmly on the path toward continuation of aggressive tightening,” wrote Rick Rieder, chief investment officer of global fixed income at BlackRock Inc.’s and head of the BlackRock global allocation investment team, in an emailed comment. He believed the FOMC will stick with another 75 basis point hike at the September meeting, the third such substantial hike in a row.

Victoria Fernandez, chief market strategist at Crossmark Global Investments, said the markets overreacted on Wednesday as the inflation readings were not strong enough to make the Fed pivot.

“There’s a lot of data between now and then, but what I don’t think needs to be priced in is a strong fed pivot to completely take their foot off the gas and put the brakes on,” Fernandez told MarketWatch by phone on Wednesday. “I don’t think that’s going to happen, and it almost seems like the kind of what the market was pricing in a little bit today.”

See: The Nasdaq is on track to exit a bear market — and the Dow to leave correction territory — after July CPI reading

“If this is truly the peak in inflation, this could officially signal an economic tide shift that both consumers and investors can appreciate,” Rusty Vanneman, chief investment strategist at Orion Advisor Solutions wrote in a Wednesday note. “That said, the absolute level of inflation remains painfully high and the risk of being a false peak remains, especially given that two important drivers of inflation are still troublesome: wages and housing.”

TaxWatch: Timely insight for crypto investors, sports gamblers and everyone else

Key Words: Kashkari says Fed is committed to reining in inflation, but ‘we are...

FDA tells people to take up to 3 at-home COVID-19 tests in some cases...