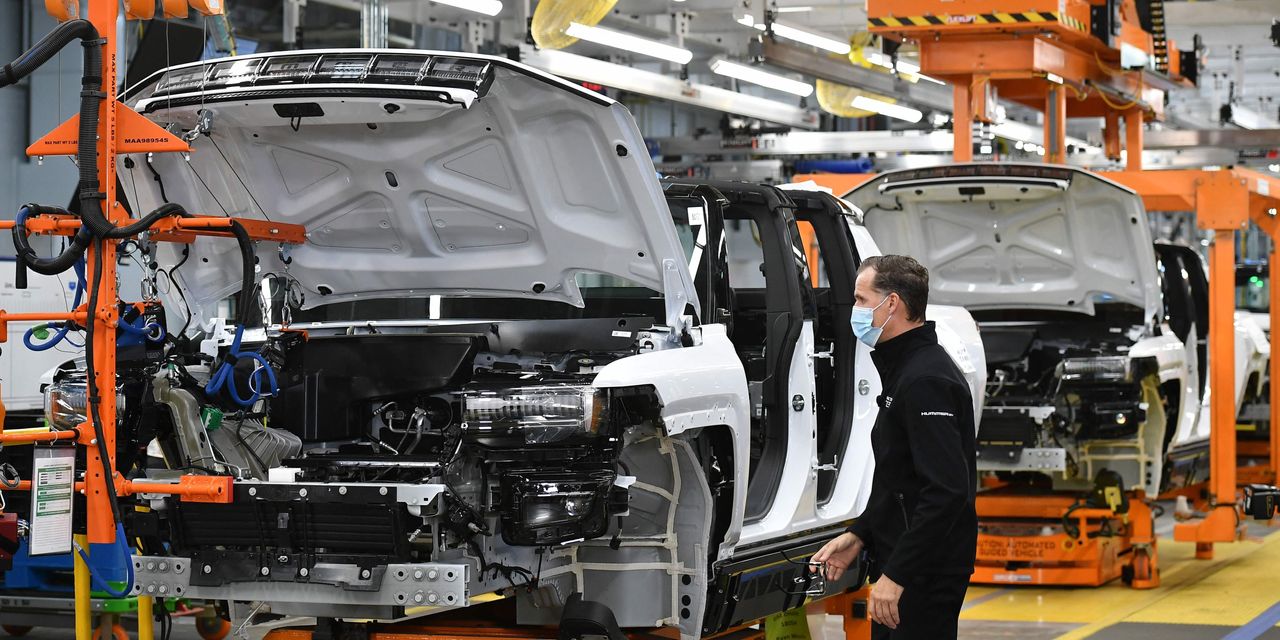 U.S. stock futures gave up a grip on positive territory on Monday, turning south after the worst month for equities since the U.S. economy was first slammed by the emergence of coronavirus.

The 8.8% drop in April for the S&P 500 was the worst since March 2020, and meant that the index re-entered correction territory, which is defined as a drop of at least 10% from a recent high.

Monday will feature the release of the Institute for Supply Management’s manufacturing index, as well as more corporate earnings.

But the focus is on the state of the economy ahead of what’s expected to be a half-point rate hike from the Federal Reserve on Wednesday.

Michael Kramer, the founder of Mott Capital, says the best chance of a rally this week is after the Fed decision on Wednesday, as the hike is expected, and as stocks typically rally after press conferences. But he doesn’t think any rally will last.

“I don’t see how this market rallies unless the Fed pivots to a more dovish stance or valuations get low enough that fundamentals can support the market. I don’t think fundamentals can help this market yet. So lower prices are likely to come after any FOMC rebound,” said Kramer.

Some attention was focused on data from China over the weekend that showed manufacturing activity dropped to a six-month low in April as lockdowns continued in Shanghai and other manufacturing hubs amid COVID-19 outbreaks.

Berkshire Hathaway BRK.B, -2.55% over the weekend reported stronger-than-forecast earnings after buying back $3.2 billion in stock. Chairman and CEO Warren Buffett told shareholders that a “casino” market allowed the conglomerate to quickly build up a stake in Occidental Petroleum OXY, -3.40%, as he also revealed that he’s back in the merger arbitrage business after buying up nearly 10% of Activision Blizzard ATVI, -1.43%, the videogame maker that’s agreed to be purchased by Microsoft.

What’s next for robo-advisers and retirement saving? Join discussion at noon.

Americans are opening their wallets, and ready to splurge (mostly on...