Home Top Stories Market Extra: Is this a ‘golden age’ of public finance as the... 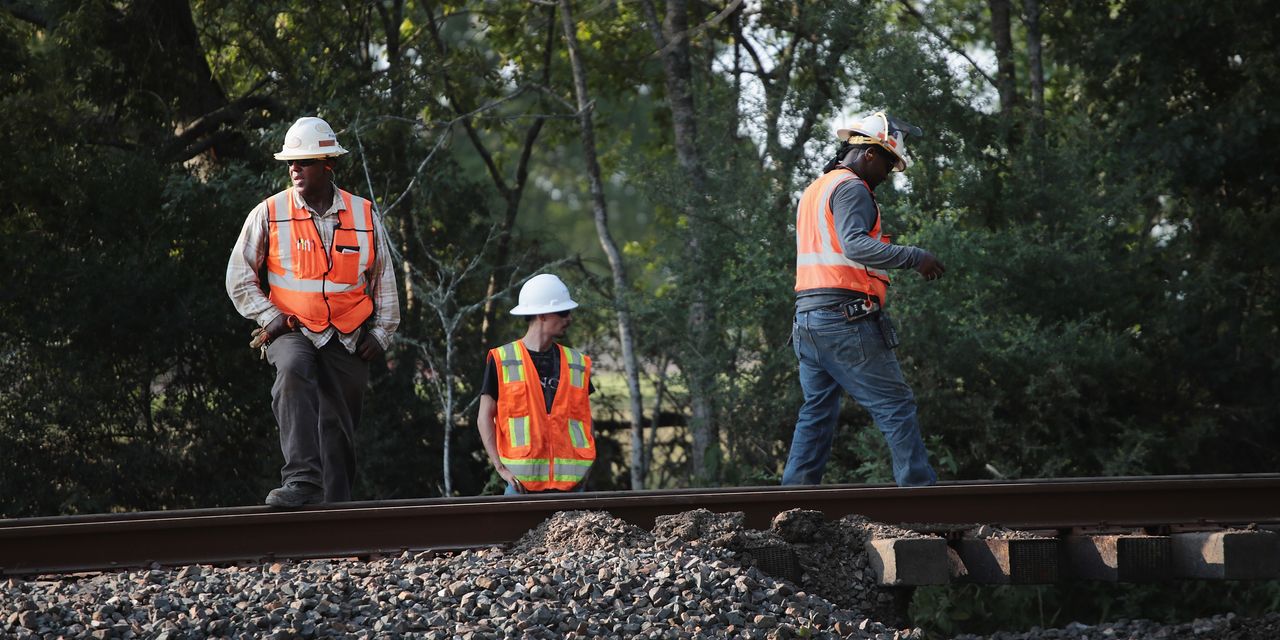 The bipartisan infrastructure bill passed late Friday by the House of Representatives promises hundreds of billions for a once-in-a-generation rebuild of America’s aging and neglected built environment. But for the municipalities that stand to benefit from the funds, and the bond market where such projects are normally financed, it may not move the needle much, public-finance experts say.

President Joe Biden is likely to sign into law this week the Infrastructure Investment and Jobs Act, including $550 billion in new federal investment in the kinds of projects cities, counties and states fund and manage.

The biggest boost will go to spending on roads and bridges, power systems, rail, broadband, water systems and public transit, according to an analysis from Moody’s Analytics. An overview of some specific initiatives, from the National League of Cities, is here.

Following the $260 billion American Rescue Plan by about six months, it extends what Tom Kozlik, head of municipal research and analytics at Hilltop Securities, calls a “golden age” of U.S. Public Finance.

See: Cities and towns are about to get $65 billion in stimulus from Washington. Here’s what to know about the American Rescue Plan

And: $195 billion of federal rescue money is going to U.S. states. Here’s how some plan to use it

“I say we’re entering one of the more positive landscapes for municipal bond issuance that we’ve seen for a long time, and I’ve been pretty skeptical about this,” Kozlik told MarketWatch. “Don’t get me wrong, there is still uncertainty out there. But I think the Rescue Plan really put public finance entities in a much different place after this recent financial uncertainty compared to what we saw 10 years ago.”

Yet Kozlik thinks total muni bond issuance may edge up only fractionally next year — to perhaps $475 billion -$500 billion, from roughly $460 billion this year -–- hardly a hearty endorsement of the transformative power of bonds to rebuild America, let alone enough to feed a market starved for supply.

As he wrote in a research note after Friday’s House vote, the $550 billion to be spent pales in comparison to the American Society of Civil Engineers 2021 Infrastructure Report Card, which identified a $2.59 trillion infrastructure gap in the U.S over the next decade.

Read: ‘Food fight’ in the municipal-bond market as demand devours all supply

“There’s never been an infrastructure program in this country that doesn’t feature the states and locals,” said John Mousseau, president and CEO of Cumberland Advisors.

Mousseau thinks the legislation may, on the margin, boost supply, but notes that the federal COVID-19 responses that have been most effective have been those that “got money out the door” quickly, like the CARES Act, in contrast to those that moved slowly, like rental assistance programs.

“Being able to streamline the money that’s been approved is just as important as getting new money out,” Mousseau said in an interview.

Indeed, multiple city managers have told MarketWatch that their local infrastructure needs are so great that they moved as quickly as possible to designate some of the spring’s federal dollars to such projects rather than waiting for Congress to pass a stand-alone infrastructure bill.

It’s hard to see anything that might dent demand for muni bonds, which has been red-hot, Kozlik noted. “The Rescue Plan act really put a floor under municipal credit at least for a couple years,” he said.

And because the spending in the infrastructure bill is spread over a few years — which is what will likely keep bond issuance muted — it will be helpful for state and local budgets for some time.

Exchange-traded funds tracking muni bonds were slightly lower Monday, with the iShares National Muni Bond ETF MUB, down 0.1% in the afternoon, and the Invesco Taxable Municipal Bond ETF BAB, -0.15% off 0.5%.

The Ratings Game: Analysts slash their ratings on Meta as costs balloon. ‘The bad...

Mutual Funds Weekly: These money and investing tips are timed for a bull market...