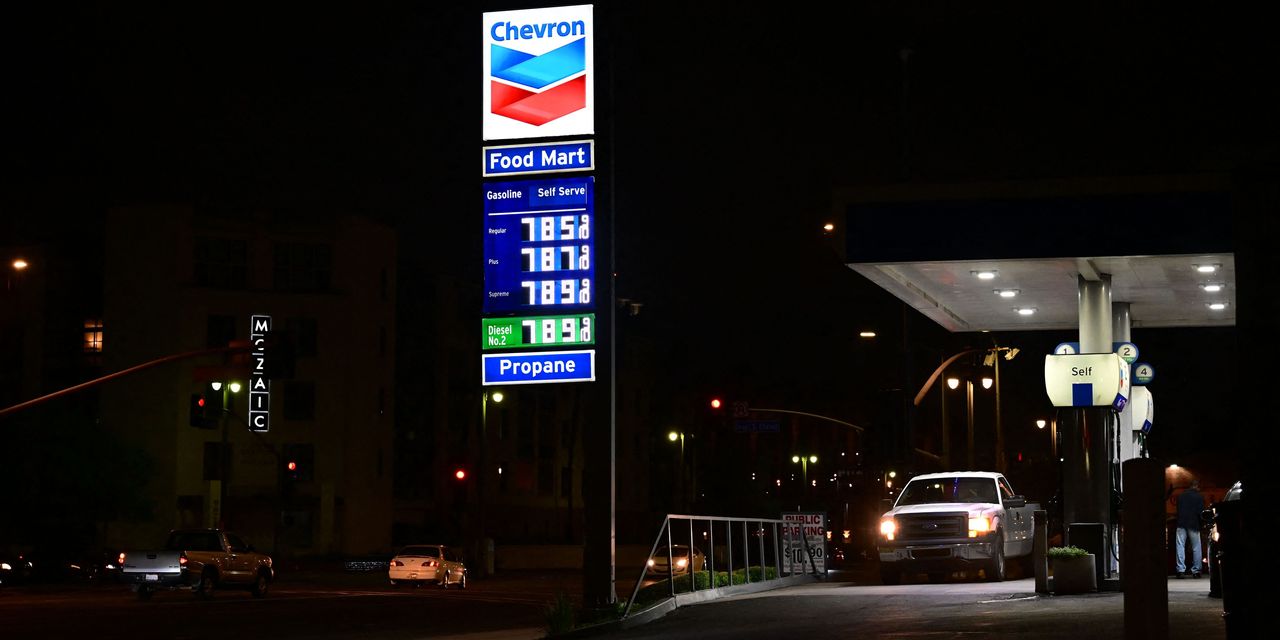 Deutsche Bank, the first major bank to predict a U.S. recession in the current inflationary era, now sees a chance that price gains won’t come off nearly as much as forecasters or Federal Reserve policy makers think they will.

Deutsche Bank DB, -2.61% macro strategist Tim Wessel said in a phone interview on Wednesday that “there’s a real chance that the market is underestimating the chance that inflation is accelerating or doesn’t decelerate fast enough.”

His remarks come as a few market participants — like Rob Daly of Glenmede Investment Management in Philadelphia — also warn that inflation could prove to be resistant to Fed rate hikes in the second half of this year. Financial markets may be ill-positioned for such an outcome and, if that scenario pans out, investors and traders may be in for further rounds of tumult similar to those of the first half — with some seeing a growing risk the Federal Reserve could be perceived as having lost control of inflation.

Read: What’s at stake for financial markets if investors get inflation wrong again in the second half

“If you look at the past 18 months of expectations, they’ve all missed in one direction — to the downside — whether it’s professional forecasters, markets, or the Fed. I don’t see any reason why we shouldn’t think that everyone is underestimating the chances of inflation being higher,” Wessel said.

“We now assume that we’ve missed some underlying fundamental change to inflation that we haven’t accounted for, and now see a real possibility that the market is underestimating the chances inflation is accelerating or doesn’t decelerate fast enough,” the New York-based strategist said.

Supporting that notion are inflation-derivatives traders, who’ve had a track record of accurately forecasting inflation for much of the past year and have the most money on the line in getting it just right: They now see roughly four more months of annual CPI readings of just under 9%, up from May’s almost 41-year high of 8.6%.

Thursday’s data on PCE, or the personal-consumption expenditures index, is projected to show a 0.4% monthly gain for May in the core reading which strips out food and energy, based on the median forecast of economists polled by The Wall Street Journal. That’s in line with the 0.38% month-over-month gain expected at Deutsche Bank.

However, it’s not the gain itself that’s problematic, but rather the likelihood that it would follow three straight months of 0.3% core PCE month-over-month readings from February through April, as well as a 0.4% monthly reading in January and a 0.5% monthly gain in December.

Policy makers have penciled in falling PCE inflation readings from 2022 through 2024, in their most recent projections released on June 15. And professional forecasters are also looking for inflation to moderate.

“Inflation is certainly not decelerating as quickly as markets and the Fed had hoped,” said John Silvia,  founder and chief executive of Dynamic Economic Strategy in Captiva Island, Fla. “What we’re seeing is that sticky price measures are high, and the signals are that input prices continue to move up faster than people had discounted.”

“Either markets and the Fed accept higher inflation, or policy makers really do pursue higher interest rates to combat inflation: Either way, that’s bad news for the economy,” Silvia, the former chief economist at Wells Fargo Securities, said via phone Wednesday. “If the question is whether a hard landing is baked into the cake —- meaning two or three quarters of negative real economic growth, and higher inflation and unemployment — the answer to me is `yes.’”

Such moves “could happen any day and even as soon as the next inflation print, with rates exposed to big whipsaw action, and any inflation print being able to move the needle,” the Deutsche Bank strategist said.

For now, the Fed will likely “do whatever it takes to let inflation expectations not totally come unanchored, and will ultimately win the battle. It’s just a question of how much pain is involved,” Wessel said. He said it’s also fair to say there’s a chance policy makers lose control of inflation and “I don’t want to rule out that probability.”

Earlier this year, Deutsche Bank became the first Wall Street bank to forecast a recession — a thesis which has only gained further credence since then. Revised data released on Wednesday shows the economy contracted by a deeper-than-expected 1.6% annual pace in the first quarter. In addition, Fed Chairman Jerome Powell said there’s no guarantee that policy makers can craft a soft landing for the U.S. economy.