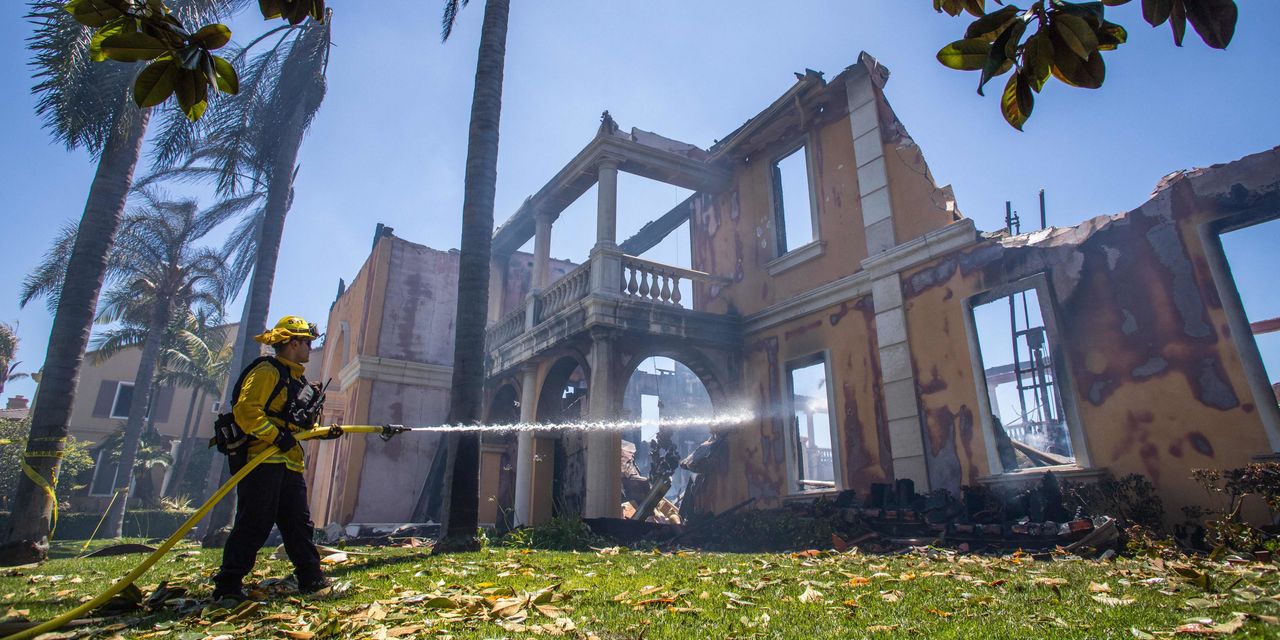 Wildfires in New Mexico that have burned for more than a month continue to flare, while a wealthy coastal enclave near Los Angeles was caught up in a blaze just this past week — only the latest deadly and costly devastation as part of a severe Western U.S. drought aggravated by climate change.

Now, a nonprofit has posted what it says is the first individualized look at wildfire risk by property, a tool called Risk Factor that’s accessible free of charge. The rankings, searchable by property, or Zip Code or state, are meant to help homeowners, real estate agents and eventually, insurers, get a better handle on how climate change is impacting home values and the cost of homeownership.

First Street Foundation on Monday released its national wildfire-risk model to follow up its existing look at U.S. flooding. And it partnered with Realtor.com to get the data in the hands of individual home buyers and sellers.

Read: Climate change fueled 3rd costliest losses ever in 2021 — less than half of that property was insured

Nationwide, the First Street tool and accompanying report finds that as many as 20 million properties in the lower 48 states face “moderate” risk, or up to a 6% chance of experiencing a wildfire over 30 years, essentially the life of the most popular mortgage.

But unlike the typically narrow window used in insurance pricing, the wildfire tool assesses the risk to homes and commercial buildings from damaging wildfires today, and up to 30 years in the future as a result of climate change.

The First Street model uses Forest Service data to help understand, for instance, how much forest floor “fuel” might exist in a given area. Then it layers in data on emissions, real estate and development data, and other factors.

“Existing tools like USDA Forest Service’s wildfire risk assessment are designed to help fire officials understand how risk varies across a state, region or county; it is explicitly not meant to help homeowners understand their personal risk,” said Kearns.

Roughly 49 million properties face less than 1% chance of experiencing  a wildfire over a 30-year period, qualifying these locations for “minor” risk in the model.

Like Flood Factor, Fire Factor data will be integrated into Realtor.com, providing visitors to the site a property-level wildfire risk assessment in the form of a risk  ranking from 1 (minimal) to 10 (extreme) for each property on the site. Users interested in commercial real  estate can also find this data integrated with Crexi.

Wildfire has become one of the most common and dangerous climate perils, increasingly spreading from  heavily forested areas to more populous urban and suburban environments, including a wind-whipped, fast-moving fire that engulfed a subdivision in Louisville, Colo., late last year.

According to the National Oceanic and Atmospheric Administration (NOAA), the $81.7 billion in losses, or 66% of all direct losses, since 1980 happened in the last five years.

The U.N.’s Intergovernmental Panel on Climate Change (IPCC) warned this year of large gaps between ongoing efforts to adapt, such as building sea walls or creating drought-resistant crops, and the action required to address the growing risks. And it called out the oil CL00, -1.86% and gas industries, the primary source behind manmade global warming, in particular.

Matthew Eby, founder and executive  director of First Street Foundation, said updating the risk model was well underway before New Mexico’s latest headline-making flames, but the First Street team had a real-time test of its data.

“The majority of [damaged New Mexico property] were fire factors of eight, okay, so the ‘severe’ or ‘extreme’ values, which indicate a high probability of being in a wildfire,” Eby said. “That’s obviously not a good thing. But it is validation for us [and] just goes to show that we should have had this product out sooner.”

Real estate data shows there is an emerging impact from climate-change considerations on home-price appreciation. Although it’s also true that a robust market, a jump in work-from-home options and a historically low interest-rate environment that’s only begun to be reversed has underpinned a strong sellers’ market.

A 2020 analysis from Realtor.com shows that home buyers are beginning to factor concerns about our changing climate into their decision-making. As a result, homes in areas vulnerable to fires and floods could see weaker price growth, economists at the trade group say.

Other studies largely back Realtor.com’s findings. A working paper from researchers at the University of Pennsylvania demonstrated that buyers’ interest in coastal property in Florida was waning, in part because of the risk of climate change-related rising sea levels. Another study concluded that climate-change deniers were propping up real-estate prices in waterfront communities, potentially magnifying the risks those property owners face.

Dow finishes up over 400 points as stocks extend rally