Home Top Stories Key Words: Monkeypox is something ‘everybody should be concerned about’ and ‘would... 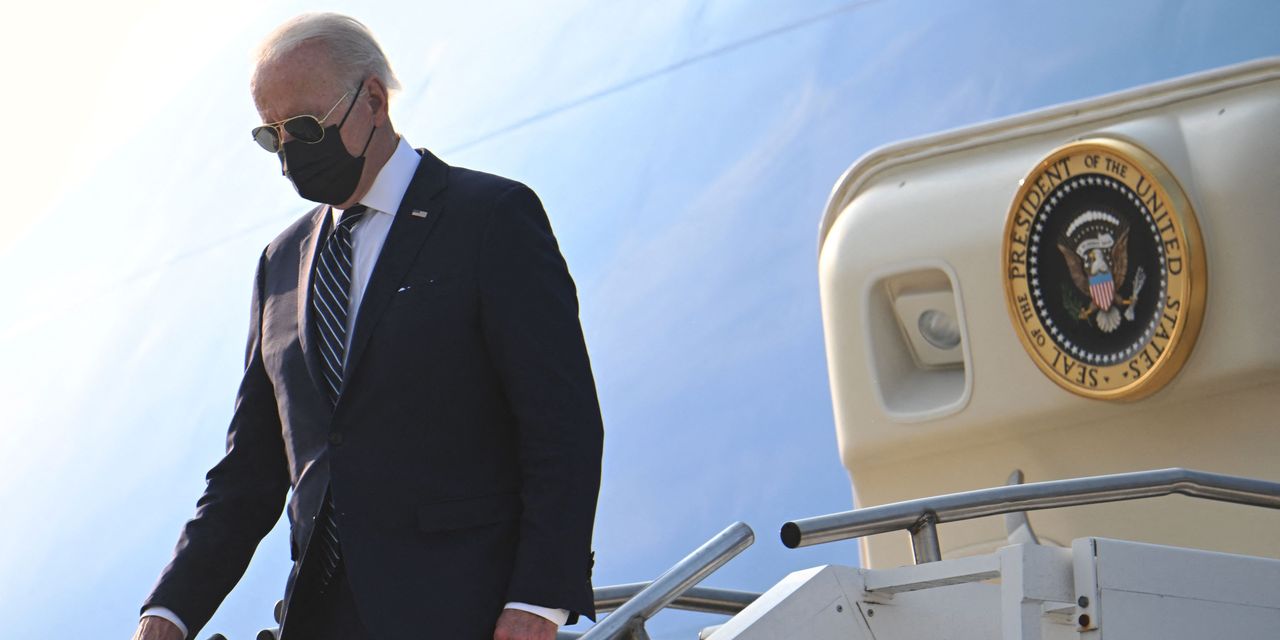 “ ‘It is a concern in that if it were to spread it would be consequential.’”

That’s President Joe Biden on Sunday commenting on rising cases of monkeypox, which have been identified in Europe and recently the U.S.

Biden made his remarks about the virus, which is contagious and causes a rash akin to chickenpox, to reporters at Osan Air Base in South Korea, amid a presidential tour of Asia, the Associated Press reported.

On Friday, The Wall Street Journal reported that 37 monkeypox cases had been confirmed globally, adding that 71 other cases were under investigation in countries where monkeypox isn’t endemic, citing the World Health Organization.

Massachusetts health officials and the Centers for Disease Control and Prevention confirmed on May 18 a single case of monkeypox in a patient who had recently traveled to Canada.

Dr. Scott Gottlieb, a former commissioner at the Food and Drug Administration, told CNBC, in an interview Friday, that monkeypox has likely already spread widely across communities, given the number of increasing cases in the U.S. and Europe.

Outside of the U.S., Germany, Australia, France and Belgium also reported their first cases last week, with two confirmed cases also cropping up in Canada, the Journal reported.

“‘They haven’t told me the level of exposure yet but it is something that everybody should be concerned about.’”

Monkeypox is a disease that is rarely seen outside of Africa. The first confirmed human case was in 1970, when the virus was isolated from a child suspected of having smallpox in the Democratic Republic of Congo. The first documented cases of the illness in animals goes back to 1958. The disease is caused by the monkeypox virus, which belongs to a subset of the Poxviridae family of viruses called Orthopoxvirus.

On Sunday, Biden told reporters that the contagion “is something that everybody should be concerned about.”

Scientists who have monitored numerous outbreaks of monkeypox in Africa have reported being baffled by the disease’s recent spread outside of the content, the AP reported.

Read: Opinion: With COVID top of mind, some people are worried about monkeypox. A microbiologist explains what’s known about this smallpox cousin.

“I’m stunned by this. Every day I wake up and there are more countries infected,” Oyewale Tomori, a virologist, was recently quoted by the AP as saying. The scientist is a member of several World Health Organization advisory boards and was formerly head of the Nigerian Academy of Science.

Some scientists have said monkeypox is unlikely to cause another pandemic, as concerns about the aftershocks of COVID-19 linger, but there are fears that increased travel post-COVID could lead to some monkeypox transmission.

“Now that there’s been community spread, it may be hard to fully snub this out. I don’t think it’s going to become a major epidemic because this is a virus that’s difficult to spread,” Gottlieb told CNBC.

Rodney E. Rohde, a Regents’ Professor of Clinical Laboratory Science at Texas State University, has said that evidence suggests that the vaccine for smallpox, which monkeypox is related to, can “help prevent monkeypox infections and decrease the severity of the symptoms.” One smallpox vaccine is known as Imvamune or Imvanex.

The Food and Drug Administration licensed, Jynneos, the trademark name that Imvamune and Imvanex also goes by, according to the Centers for Disease Control and Prevention.

Indeed, companies that develop treatments and vaccines for smallpox have recently been seeing their shares rally, despite the broader downturn in markets.

Shares of Emergent BioSolutions Inc. EBS, +11.49% were up 11% last Friday. The biopharmaceutical company received a $2 billion contract from the U.S. Department of Health and Human Services in 2019 to supply its smallpox vaccine to the U.S., the Journal reported last week. Emergent’s shares were up 9% in May but down 18.7% in the year to date.

Meanwhile, SIGA Technologies Inc. SIGA, +43.35%, a New York-based company, which said it received approval in Europe for its smallpox drug TPOXX, or tecovirimat, saw its shares soar 43% on Friday, bringing its stock up 65% so far in 2022.

The CDC has urged medical professionals to identify patients with rash like symptoms similar to monkeypox and added that those suspected of the illness should isolate.

: These business majors have the highest ‘return on investment’ — with college graduates...

College students, listen up: Business degrees are the most popular undergraduate and graduate major in the U.S., but do they pay off? A new...

A new study finds concealed-carry laws lead to a boost in gun crime by between 29% and 32%, mostly by triggering a surge in...