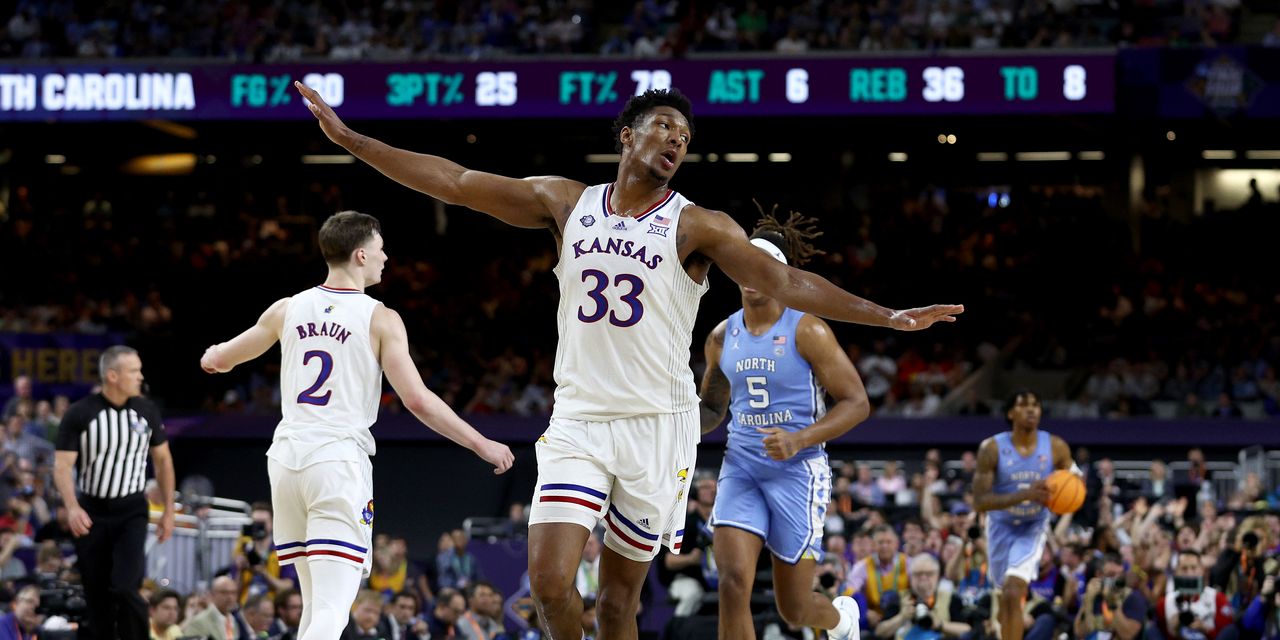 Kansas got a big game from David McCormack, crucial shots from Remy Martin and surviving a tying 3-pointer by North Carolina’s Caleb Love that missed everything at the buzzer for a 72-69 victory in the Superdome.

The senior-laden Jayhawks trailed the Tar Heels 40-25 at halftime before rallying to win their fourth national title, and the second for coach Bill Self, on the same floor where they lost to Kentucky in the title game a decade ago.

David McCormack’s offensive rebound and stick-back gave the Jayhawks a 70-69 lead with 1:16 left. And after Armando Bacot turned the ball over at the other end, his sprained ankle from the semifinals finally giving out, McCormack added another basket with 22.3 seconds left to give Kansas some breathing room.

Caleb Love and Puff Johnson both missed shots for the Tar Heels that would have tied the game, but the Jayhawks gave North Carolina another chance when Dajuan Harris stepped out of bounds with 4.3 seconds left.

Love’s closely guarded shot at the buzzer came up well short and the Jayhawks streamed onto the court to celebrate their dramatic comeback. It eclipsed that of Kentucky, which rallied from 10 down to beat Utah in the 1998 title game.