Home Top Stories : If your employer fires you because you won’t get the COVID... 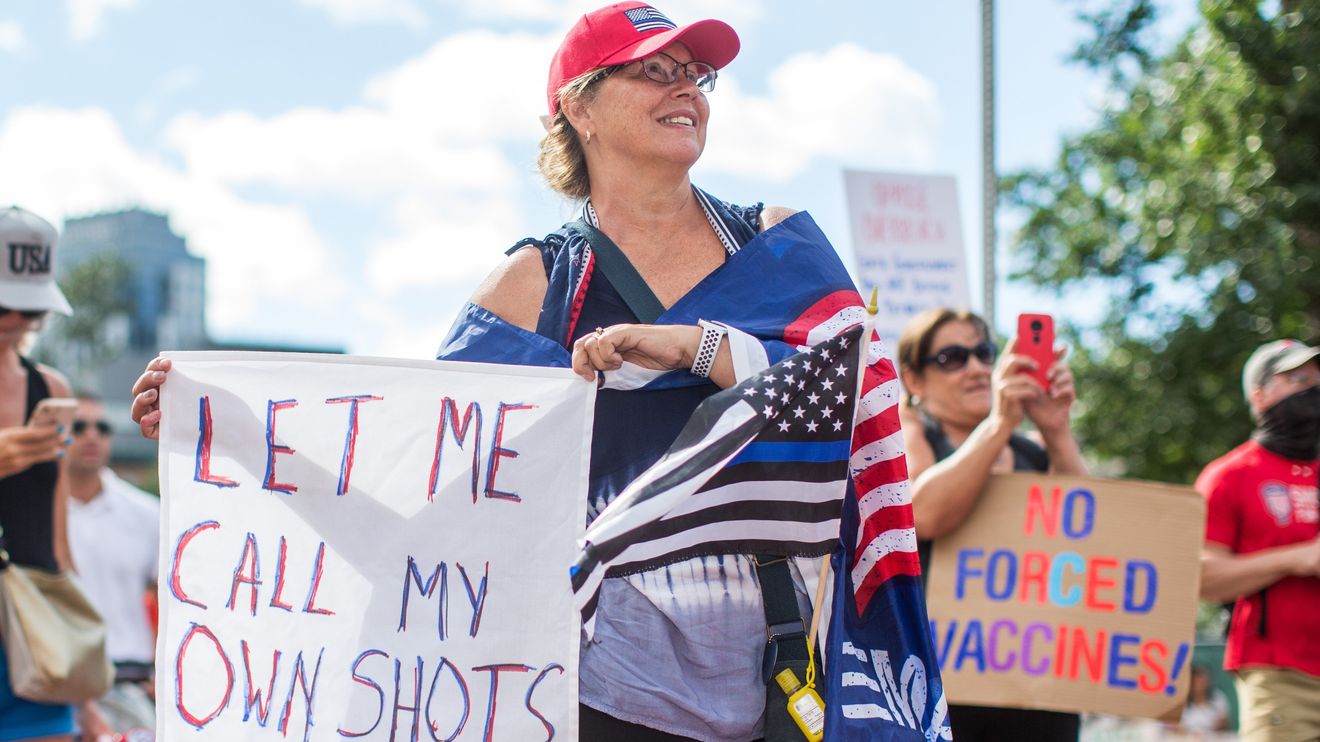 Each day more employers are telling employees they need to be vaccinated against COVID-19 to work in person or risk being fired.

On Thursday CNN revealed it had fired three unvaccinated employees for violating the company’s vaccine requirement for in-person workers, according to an internal memo signed by Jeff Zucker, the cable network’s president, and obtained by the New York Times.

Unlike millions of Americans who were laid off during the pandemic, the three former CNN employees likely won’t qualify for unemployment benefits, employment law experts told MarketWatch.

CNN parent company WarnerMedia, a unit of AT&T T, +0.07%, declined to comment on the firings.

In most states, individuals have to prove they’re out of work through no fault of their own to collect unemployment benefits.

“This often means that they are let go due to a lack of work,” said Alana Ackels, a labor and employment lawyer at Bell Nunnally, a Dallas-based law firm.

But an employee who has proof of a medical exemption or religious objection to receiving a COVID-19 vaccine may still be eligible to collect unemployment benefits if fired, said Rebecca Dixon, executive director at the National Employment Law Project, a nonprofit that advocates for worker’s rights.

Otherwise, refusing to get a COVID-19 vaccine, if your employer requires one, “is akin to an employee’s refusal to submit to permissible drug tests or participate in safety trainings,” said Ronald Zambrano, employment law chair at West Coast Trial Lawyers, a Los Angeles–based law firm. That is, such an employee, when terminated, would not qualify for unemployment benefits, Zambrano said.

Ultimately, “this could lead to tens of thousands of people across the United States without work or access to unemployment benefits because they refuse to get vaccinated,” Zambrano said.

What if employees quit because they don’t want to get vaccinated?

Quitting over refusal to get vaccinated when an employer requires it appears unlikely to improve one’s chances of securing unemployment payments.

“If you quit because of the mandate then you’d have to have good cause attributable to the employer in order to collect unemployment benefits,” Dixon said. “Good cause is usually viewed from that of a reasonable person. Given the overwhelming evidence of the safety of the vaccine, it’s likely that good cause would not be found” in the case of a person who quits a job because of a vaccine mandate.

That said, state workforce departments can update “eligibility requirements such that, depending on the circumstances, employees fired for refusing to get the COVID-19 vaccine could be eligible for unemployment benefits,” Ackles said.

The Department of Labor didn’t respond to MarketWatch’s request for comment.

Economic Report: How workers quitting is a signal for economic recovery

The Texas Workforce Commission, noting that “[e]very unemployment insurance claim is reviewed on a case by case basis” and that “what happens in an unemployment claim is dependent upon the individual facts,” saidthat an employee “may be eligible for benefits if you were fired for reasons other than misconduct.”

The commission, while noting that most people who quit jobs are deemed ineligible for unemployment compensation, observed that it is possible to qualify if it is demonstrated that they quit “for good cause connected with the work.”

Officials at the commission did not indicate whether any individuals fired from a job for refusing to be vaccinated had qualified for unemployment benefits or whether any employer have been charged, as the commission suggested was possible.

“Businesses concerned about being charged for unemployment benefits should check the latest guidance from their state unemployment commissions to confirm whether an employee fired for refusing the vaccine would be eligible for benefits,” Ackles said.

: Housing inflation will surge roughly 7% in 2022, according to new research by...

Dow Jones Newswires: Eurozone inflation rises to 8.1% in May

From HP, Amazon, Roku and Beyond Meat to Meta and Twitter, big names across a number of sectors have announced major layoffs during the...

U.S. stock indexes ended mostly lower on Wednesday with the S&P 500 notching the fifth straight day of losses driven by worries about the...

U.S. stocks closed mostly lower Wednesday, with the S&P 500 falling a fifth straight day as investors continued fearing a recession could be triggered...

Alphabet Inc.’s GOOGL, -2.10%   GOOG, -2.22% Google plans to combine the team working on the mapping service Waze with the group overseeing the company’s...

FTX founder Sam Bankman-Fried is being investigated by federal prosecutors over whether he manipulated prices of two cryptocurrencies to benefit his companies, according to...

Amazon stock pulls back from big 2-day rally after report of...