Home Top Stories : House adjourns after 3 failed attempts to elect speaker. Does that... 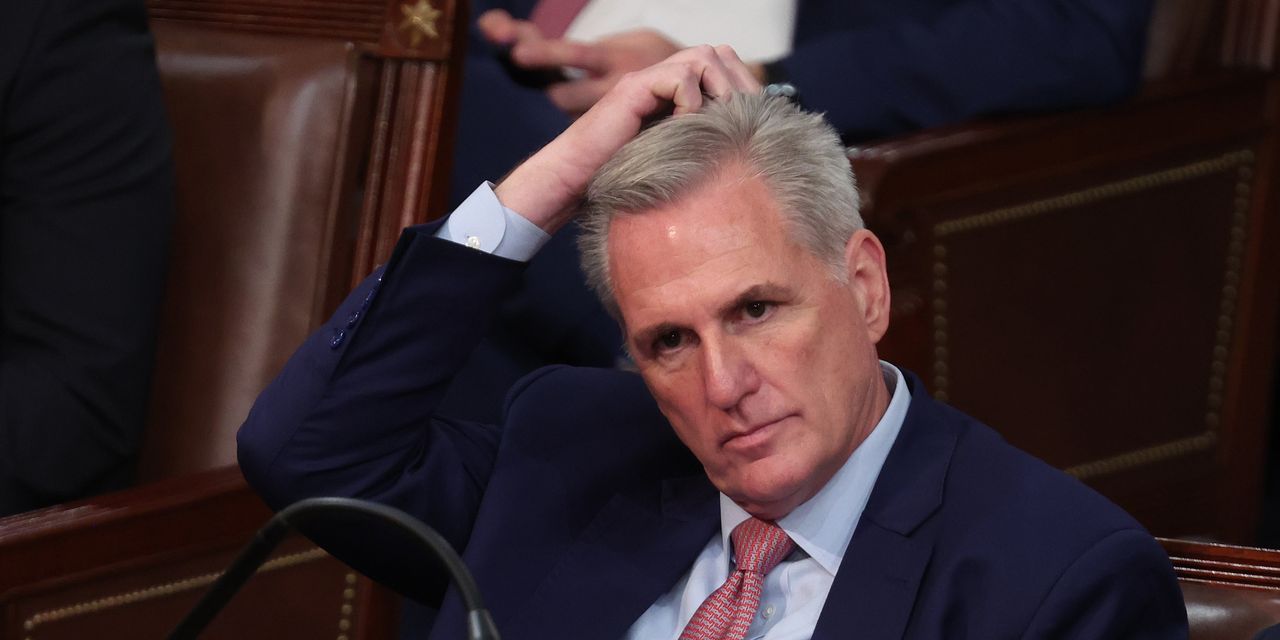 Top House Republican Kevin McCarthy was hitting resistance in his push to become his chamber’s next speaker, as he came up short in three rounds of voting on Tuesday.

A fourth round of voting is expected, but the House voted on Tuesday evening to adjourn until Wednesday.

In the third vote, the number of Republican lawmakers voting against McCarthy rose to 20, up from 19 in the first two rounds. Those 20 backed GOP Rep. Jim Jordan of Ohio, even as Jordan gave a speech in support of McCarthy and hasn’t been voting for himself.

McCarthy can handle no more than four GOP defections given his party’s 222-212 majority, but more than that number have repeatedly opposed him.

Late Tuesday night, McCarthy said he has no intention of giving up his bid for speaker, and said he has the support of former President Donald Trump to stay in the race.

Democratic Rep. Hakeem Jeffries of New York got 212 votes in the first, second and third rounds, as his party united behind him.

Analysts are warning that Tuesday’s tensions over what’s typically a ceremonial election could signal that the GOP-run House will be dysfunctional throughout 2023 and 2024.

“In our view, the challenge to McCarthy underscores the difficulty that a narrow and fractured GOP majority will have in working with Democrats in the Senate on key issues such as the debt limit, government funding and Ukraine in 2023,” said Benjamin Salisbury, director of research at Height Capital Markets, in a note.

Salisbury noted that McCarthy has agreed to several concessions in his attempt to become speaker, “but these conditions could hinder the ability of any speaker to pass critical legislation, such as government funding or raising the debt limit.”

The House is kicking off the new congressional session with the election of a speaker, and it’s required to keep voting until one is chosen. There hasn’t been a need for multiple votes for a speaker’s election since 1923, when nine rounds of voting were required. McCarthy suggested to reporters on Tuesday morning that he may try to wear down his opponents.

McCarthy also criticized the opposition, saying that some GOP representatives demanded certain committee roles, certain budgets and more on Monday night in exchange for their support.

“I will always fight to put the American people first — not a few individuals that want something for themselves,” he said.

One McCarthy opponent, GOP Rep. Scott Perry of Pennsylvania, said for his part that the Republican leader “has repeatedly failed to demonstrate any desire to meaningfully change the status quo in Washington.”

“While he claimed to offer fair and equal representation for conservatives on all House committees, when we provided specific names willing to serve on each — as he requested — he balked,” Perry said in a statement.

“Kevin McCarthy had an opportunity to be speaker of the House. He rejected it.”

If McCarthy’s effort flops, the No. 2 House Republican, Steve Scalise of Louisiana, is viewed as having a good chance of getting the job.

Betting market PredictIt recently was giving McCarthy around a 43% chance of becoming speaker, while Scalise’s chances were around 33% and Jordan’s, 12%.

Related: How betting markets got the midterms wrong, and why Biden’s a ‘great bet’ for 2024

McCarthy lost the first vote with only 203 Republican lawmakers supporting him, against 10 who backed GOP Rep. Andy Biggs of Arizona, and nine who supported other candidates.

In the second vote, 203 Republicans again backed McCarthy, while 19 went for Jordan, who had just made a speech to nominate McCarthy.

Plus: Brace yourself: Your tax refund could shrink in 2023. Here’s why.

: ‘The equivalent of a plane’s worth of people still die every day’: If...

: Apple could bring once-abhorred touchscreens to computers in 2025: report

Biden says he’ll visit Florida ‘when the conditions allow it’ to...