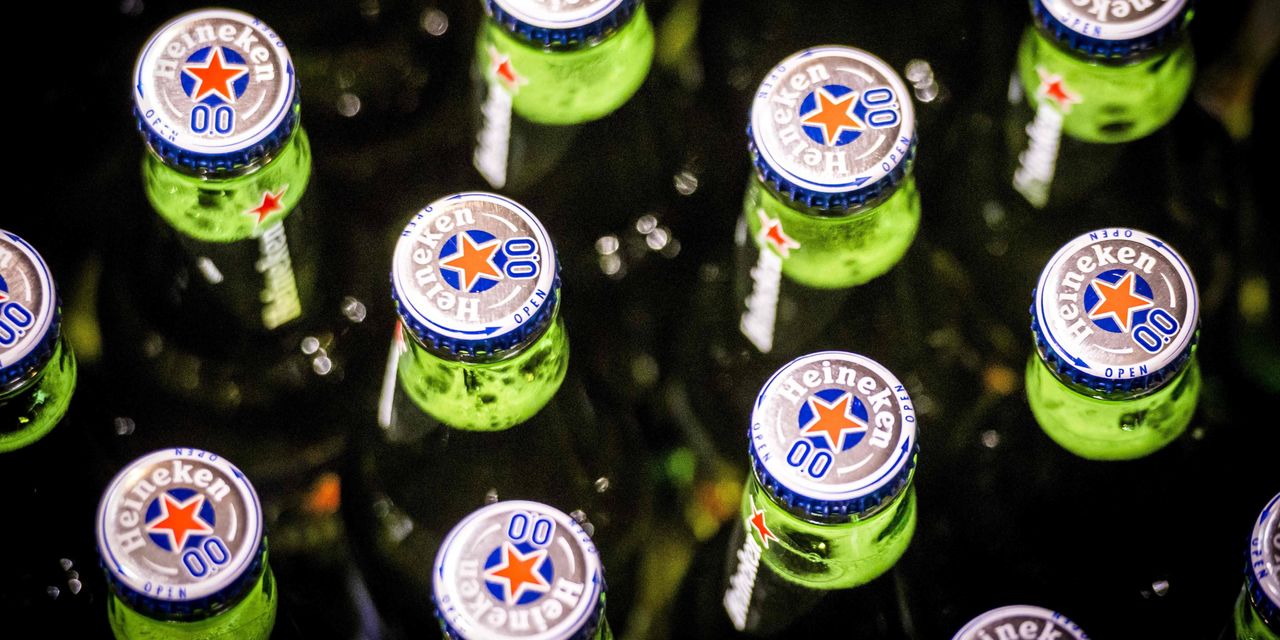 Heineken NV shares fell Wednesday after it said organic beer volumes rose in the third quarter by 8.9%, missing market consensus expectations of 12% as taken from its website, and that its outlook was cautious.

The Dutch brewer HEIA, -10.52% HEIO, -9.83% said said that the weaker than expected results were driven by low-single-digit volume growth in Africa, the Middle East, Europe and the Americas, though the Asia-Pacific region delivered a strong recovery from pandemic-related restrictions with total beer volume growth of 89.6%.

In the nine-month period, net revenue rose 23% to EUR21.27 billion while net profit fell to EUR2.2 billion from EUR3.03 billion. Net profit last year was boosted by an exceptional gain of EUR1.27 billion from the revaluation of a stake in United Breweries in India

“We increasingly see reasons to be cautious on the macroeconomic outlook, including some signs of softness in consumer demand. We remain vigilant and confident in our EverGreen strategy,” Chairman and Chief Executive Dolf van den Brink said.

The company said it maintains its efforts to offset input cost inflation with pricing.