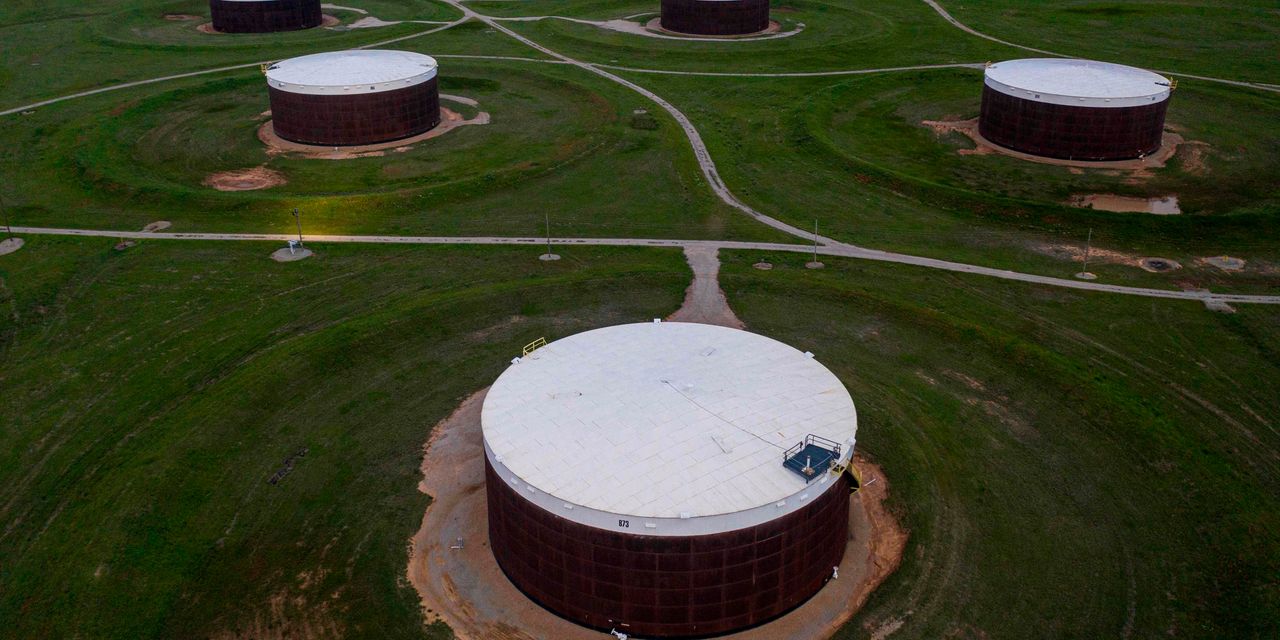 Traders also monitored developments on the potential return of Iran to an international nuclear accord, and kept an eye on the threat of a Russian invasion of Ukraine.

The Energy Information Administration reported on Wednesday that U.S. crude inventories fell by 4.8 million barrels for the week ended Feb. 4.

On average, analysts had forecast an increase of 100,000 barrels, according to a poll conducted by S&P Global Platts. The American Petroleum Institute reported late Tuesday that U.S. crude supplies fell by 2 million barrels.

The EIA report suggests U.S. crude production and refining was unaffected by the cold temperatures that hit Texas and Midwest, Troy Vincent, senior market analyst at DTN, told MarketWatch. The largest contributor to the fall in crude inventories was weekly net imports of crude “narrowing by over 1.4 million [barrels per day], reflecting both declining imports and surging exports.”

The U.S. is participating indirectly in international talks in Vienna aimed at restoring the Iran nuclear accord. The Trump administration pulled the U.S. out of the agreement in 2018, renewing sanctions on Tehran that sharply curtailed the major oil producer’s crude exports. Iran has subsequently breached major parts of the agreement. U.S. and Iranian officials on Tuesday said a deal could be within reach, though the prospect of an agreement is stirring debate in Washington.

Lifting sanctions could see Iran unleash 1 million barrels a day or more of crude and condensate production within four to six months, according to analysts at Rystad Energy.

The only risk factors for oil are “the possibility of a resumption of Iranian exports or Russia pulling back from the border with Ukraine,” Phil Flynn, senior market analyst at The Price Futures Group, told MarketWatch.

There is a lot of talk about steps to try to slow surging oil and gasoline prices, but “this is going to be a tall order because demand around the globe seems to be absolutely exploding and it’s hard to see anywhere where supply can keep up,” he said.

The Fed: Fed saw ‘too much action’ vs. high inflation as less risky than...

FA Center: ‘You never see a U-Haul behind a hearse.’ A chance encounter with...

The Moneyist: ‘We just want this to be settled’: My sister-in-law...