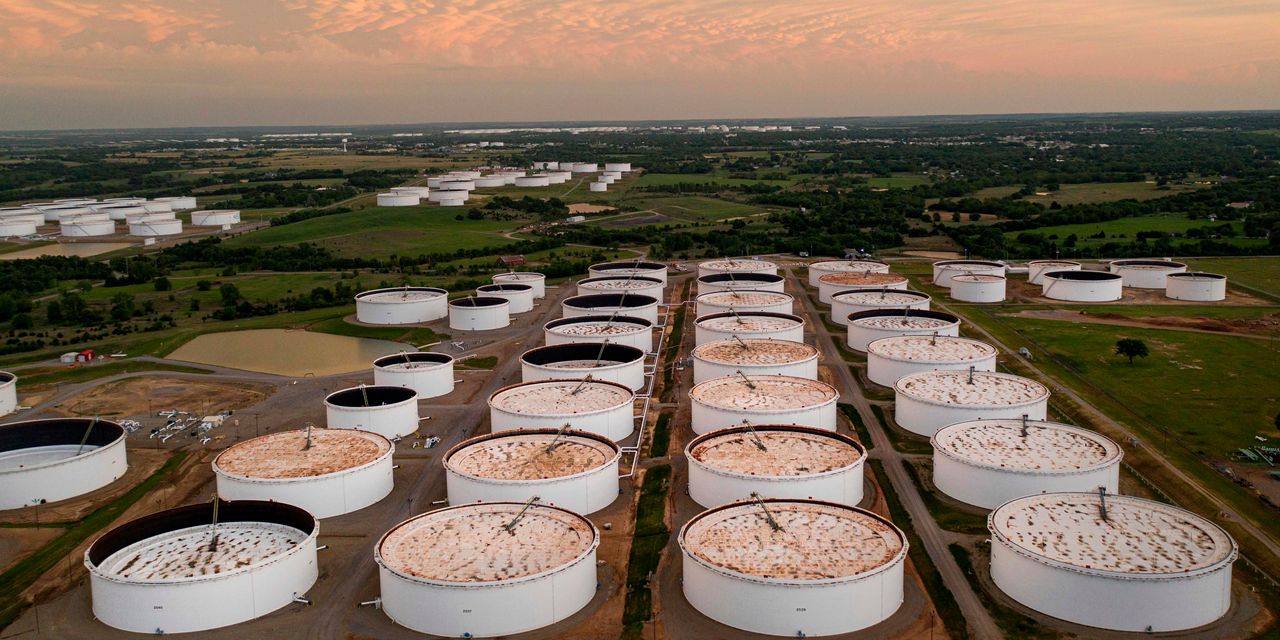 Meanwhile, Russian President Vladimir Putin signaled that natural-gas flows to Europe will resume via the Nord Stream pipeline but could continue to see curbs unless a dispute over sanctioned parts is resolved.

Energy markets continued their “large swings, caught in a tug-of-war between supply fears with new Western sanctions being considered [against Russia] and expectations of economic weakness,” analysts at StoneX’s energy team in Kansas City wrote in a daily newsletter.

Production capacity limits among members of the Organization of the Petroleum Exporting Countries were also a key focus for traders on Wednesday.

Oil had settled higher on Tuesday, with supply concerns in focus.

Nearby Brent futures contracts have surged relative to later dated contracts, with the spread between the September and October BRNV22, -0.10% contract widening to nearly $4.50 a barrel, “highlighting the tightness that still persists in the oil market,” said Warren Patterson, head of commodities strategy at ING, in a note.

Meanwhile, the European Union’s executive office on Wednesday proposed that member states cut their natural gas use by 15% over the coming months to ensure that any full Russian cutoff of supplies to the bloc won’t fundamentally disrupt industries next winter.

On average, analysts expected a decline of 200,000 barrels, according to a poll conducted by S&P Global Commodity Insights. The American Petroleum Institute on Tuesday reported a 1.9 million-barrel increase.

The increase in gasoline supplies came as total gasoline product supplied, a proxy for demand, averaged 8.7 million barrels a day over the last four-week period, down 7.6% from the same time a year earlier, the EIA reported.

Crude stocks at the Cushing, Okla., Nymex delivery hub edged up by 1.2 million barrels for the week, while stocks in the Strategic Petroleum Reserve fell by 5 million barrels, the EIA said.

—The Associated Press contributed to this report.

White House says Russia to blame for cyberattacks on Ukraine

FDA to review Pfizer and Moderna vaccines for kids under 5...