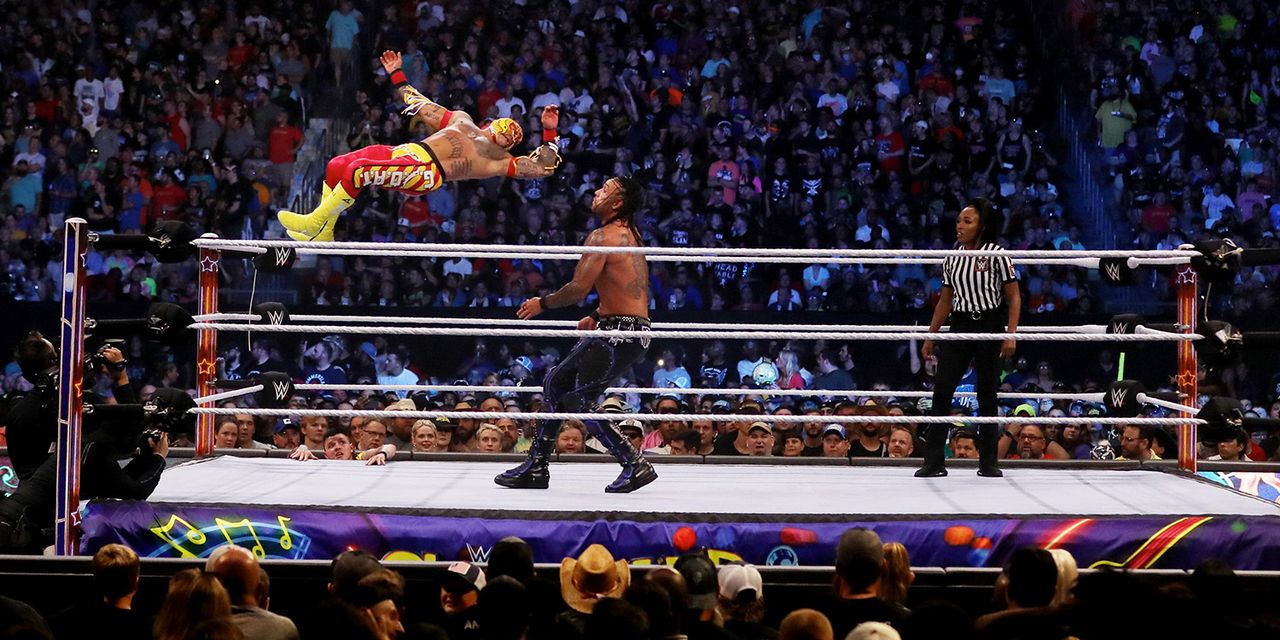 WWE has been the subject of much controversy lately — mostly centered on its executive management team.

Chairman, CEO, and Head of Creative Vince McMahon stepped down this summer amid allegations of sexual harassment and affairs paired with hush money settlements. His daughter, Stephanie McMahon, and Nick Khan will be co-Chief Executive Officers.

The company even had to delay its quarterly earnings reports through an SEC filing on Tuesday that stated WWE WWE, -1.57% discovered more undisclosed payments by McMahon — amounting to $19.6 million in uncovered settlements.

Nevertheless, WWE is still one of the best-performing sports companies trading on public markets this year — its stock is up ~45% YTD.

How is this possible?

This week, we’re looking at WWE’s strategy, business, and financial statements to understand how it got here and what to expect in the near future.

With so many ongoing crises — a recession, high inflation, supply chain complications, a war in Eastern Europe, the scraps of the coronavirus pandemic, and rising interest rates — 2022 has been challenging.

Most assets within all markets (fixed income, equities, debt, crypto, NFTs, etc.) have had a tough year.

Even though the S&P 500 is only down 12% YTD — after falling as much as 23% since the beginning of the year — you can still sense a bit of fear in the market.

As of this week, no company in sports media and entertainment has outperformed the market as much as WWE:

Yet the markets are usually a solid proxy for future expectations of an asset, and with WWE’s current performance, it would be an understatement to say the market has high expectations from the top wrestling entertainment provider in the world.

In the preliminary financial results report published on July 25, 2022, WWE announced it expects revenues of $328 million for the second quarter — up from $266 million for the same quarter in 2021.

It also expects an increase of about 52% in operating income and an OIBDA of $92 million — above its high-end guidance of $80-$90 million.

While OIBDA is a primary measure used by media investors, analysts, and peers for comparative purposes, it is not considered a traditional GAAP accounting measure. However, it still shows high relative strength and massive expectations for the actual numbers it will soon report to the general public via SEC filings.

WWE business can be divided into three main segments:

According to the latest quarterly report, WWE’s core business is content rights — which account for over a third of revenue.

Nevertheless, its highest-growing segments YoY — compared to 2021 — are live programming in international markets (which rose 729%), licensed products (which rose 82%), and live ticketing and venue merchandise (which resumed when in-person fans returned in July 2021).

While the return of live events boosted WWE’s performance, the timing of large-scale events with a massive international reach drove most of the increased revenues.

WWE Network remains a global fixture but was discontinued in the United States in spring 2021 as the company’s domestic monetization strategy shifted to content license fees and certain shared sponsorship revenues with NBCUniversal.

The reported $1 billion deal that allows NBC’s Peacock service to exclusively stream WWE in the U.S. has helped the wrestling property sustain a reliable revenue stream during the pandemic — and boost the expectation of future cash flows during uncertain times.

The return to live events was undoubtedly a catalyst for success.

But growth and global expansion indicate that WWE is highly ambitious in establishing an international brand, tapping fresh segments, expanding its addressable market, and pulling in new demand from all over the globe.

Assuming everything goes as planned — and the guidance along the next quarterly report is as optimistic about the growth trajectory as the current results — the second half of the year will continue proving that WWE’s business performance can be as strong as its entertainment value.

WWE is one of those cases where sometimes there’s a massive gap between the perception of the company and its actual results.

During these tough times, WWE is clearly — if implausibly — a winner.

Stocks pile on the gains for the week, ending their best month in nearly...