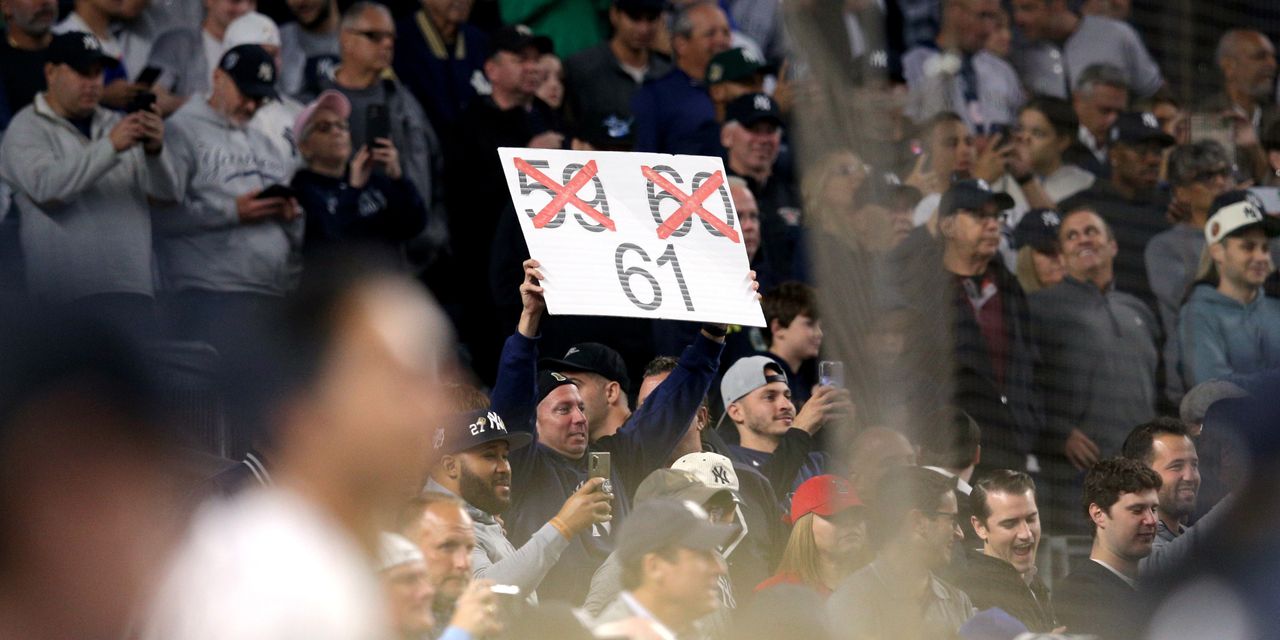 Ticket prices for Yankee Stadium bleacher seats have skyrocketed as fans hope to witness history and attempt to catch an Aaron Judge home run ball — which could be worth millions of dollars.

In aggregate, the baseballs that Judge launches to tie — and pass — Roger Maris’ single-season AL home run record (61) could be worth well over $1 million, according to SCP Auctions President David Kohler.

The fate of Judge’s home run ball No. 60 — which tied Babe Ruth’s 1927 campaign — is potentially irrelevant, however.

The ball was caught by a 20-year-old fan who turned it over to the Yankees … shortly before he told reporters he simply hoped the slugger would be back in the Bronx next season.