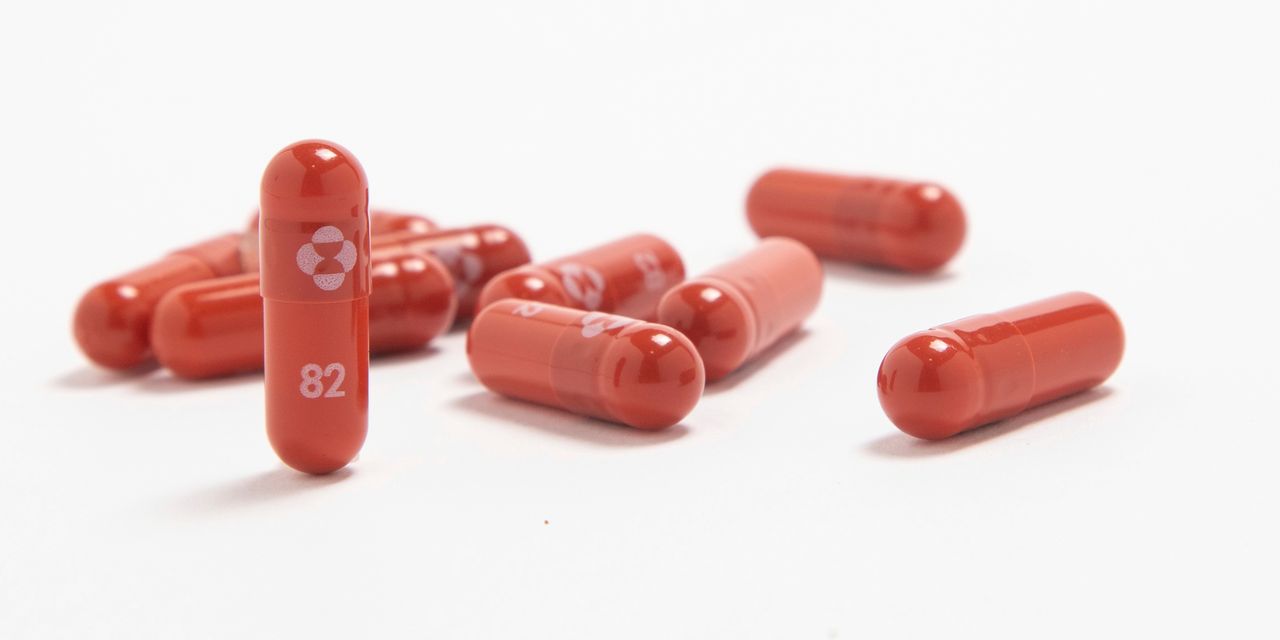 Four drug makers brought in more than $14 billion in sales of COVID-19 treatments in 2021, but the lucrative, new market will be tempered if the virus is kept under control this year.

The omicron surge that began in the final month of the year fueled better-than-expected utilization of these COVID-19 therapies as millions of people tested positive for the virus and hundreds of thousands were hospitalized.

That said, as the omicron wave wanes, all signs point to a very different landscape for COVID-19 treatments in 2022.

Several new therapies were authorized last year, including two much-awaited antiviral pills (Pfizer Inc.’s PFE, -0.71% Paxlovid and molnupiravir) that some people with mild and moderate forms of the disease can take at home. This is a big change from the first two years of the pandemic, when most of the available treatments like Veklury and the steroid dexamethasone were reserved for severely ill COVID-19 patients. (They were only proven to work in that patient population.)

Veklury is also an antiviral, though it’s primarily been used as an in-hospital treatment. That is changing now that the Food and Drug Administration said the treatment can be administered in outpatient settings to people with mild or moderate COVID-19 who are at high risk of disease progression.

The drug brought in $5.5 billion in sales in 2021; however, Gilead said it expects half of that ($2 billion) in 2022, based on an expected “step-down in hospitalization rates.” Gilead CFO Andrew Dickinson told investors this week that figure applies if omicron is the “only major surge” of the year.

For the new antivirals, there’s no step-down in sight.

Molnupiravir, which was developed with the privately held Ridgeback Biotherapeutics, generated $952 million in global sales in the fourth quarter—an impressive feat considering it received FDA authorization in the final two weeks of the year. As for 2022, the legacy drug maker said it expects sales of $5 billion to $6 billion, against a FactSet consensus of $6.3 billion.

Expect middling Paxlovid sales of $99 million for 2021 and then a colossal $22.0 billion in 2022, according to the FactSet consensus. (Pfizer is expected to report earnings on Tuesday.)

The market for monoclonal antibodies likely won’t fare as well, now that it’s evident that variants can impact the therapies’ effectiveness and Wall Street is focused on what else these drug makers have to offer investors.

The FDA last month revised the authorizations of Lilly’s bamlanivimab and etesevimab and Regeneron’s casirivimab and imdevimab, saying both monoclonal antibodies can’t be used for people infected or exposed to omicron because they’re not effective.

Lilly told investors on Thursday that its monoclonal antibodies generated $2.2 billion in sales in 2021, half of which ($1.0 billion) arrived in the fourth quarter. However, the FactSet consensus for 2022 sales indicates a sharp drop in revenue, to $396 million.

The company said that it already has another monoclonal in development, called bebtelovimab, which it submitted to the FDA for authorization in January.

But Wall Street still isn’t putting its long-term bets on monoclonals as a revenue source. Mizuho Securities analyst Vamil Divan told investors that while the monoclonals and Lilly’s rheumatoid arthritis drug Olumiant may have helped drive sales for the company in the final quarter of the year, “those products are less important from a longer-term perspective.”

Regeneron reported $5.8 billion in sales of its monoclonal antibody, Regen-Cov, in 2021—beating the FactSet consensus of $5.4 billion. Similar to Lilly, about 40% of that revenue ($2.3 billion) came in during the final quarter of the year. However, the same FactSet consensus predicts a much quieter year ahead for Regen-Cov revenue, estimating only $1.4 billion in sales in 2022.

Also up is Vir Biotechnology Inc. VIR, -0.12%, which developed another monoclonal antibody with GlaxoSmithKline GSK, -0.27%, although it won’t report its results until March 31.

: ‘It’s a perfect storm for women’: Tampon shortage adds to...