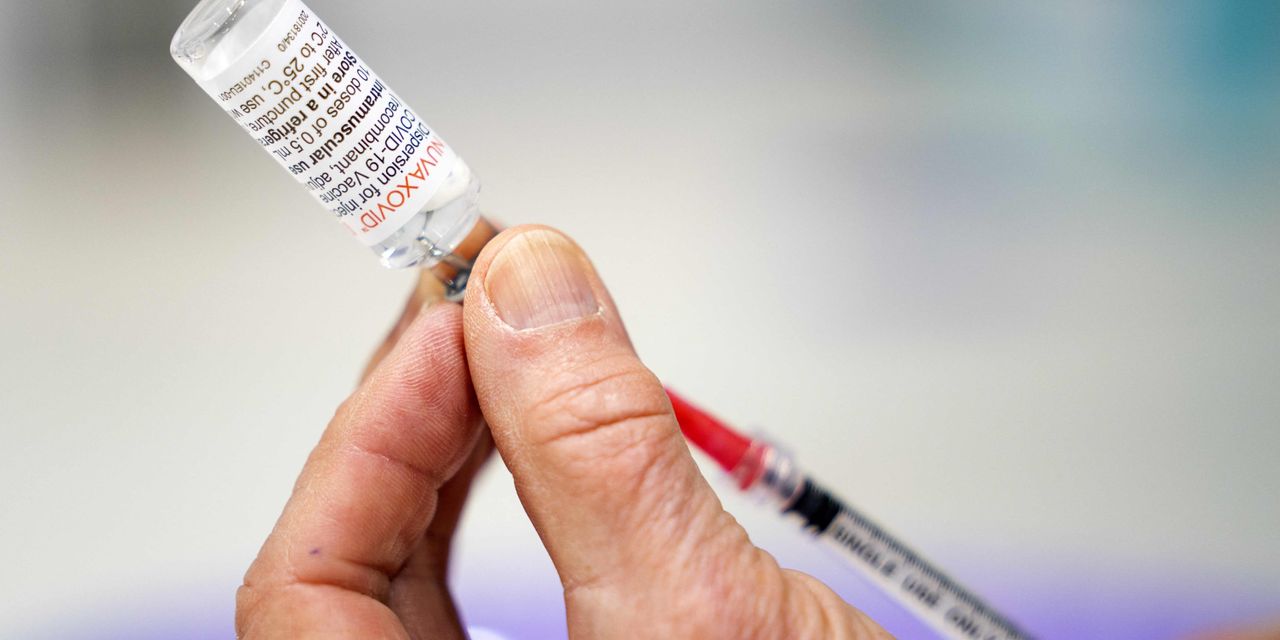 American adults who haven’t yet gotten vaccinated against COVID-19 may soon get another choice, as advisers to the Food and Drug Administration on Tuesday backed a more traditional type of shot.

Next, the FDA must decide whether to authorize the vaccine made by latecomer Novavax, a protein vaccine that’s made with a more conventional technology than today’s U.S. options.

Novavax stock NVAX, +6.21% was halted ahead of the news, and rallied more than 12% in the extended session Tuesday after it resumed trading.

Novavax shots are already used in Australia, Canada, parts of Europe and dozens of other countries. But U.S. clearance is a key hurdle for the Maryland-based company.

FDA’s vaccine chief Dr. Peter Marks said another choice in the U.S. may entice at least some vaccine holdouts — whatever their reason — to consider rolling up their sleeves.

“We do have a problem with vaccine uptake that is very serious in the United States,” Marks said. “Anything we can do to get people more comfortable to accept these potentially life-saving products is something that we feel we are compelled to do.”

If the FDA authorizes Novavax as the nation’s fourth vaccine, it’s not clear how widely it would be used — at least right away. Only about 27 million U.S. adults remain unvaccinated. Eventually, Novavax hopes also to become a choice for the millions more who haven’t yet had a booster dose of today’s vaccines. The shots are used elsewhere as a booster, regardless of which vaccine people got originally.

Tuesday’s question: Do the benefits of two primary doses of the Novavax vaccine outweigh any risks? The FDA advisory panel voted that they do, by a 21-0 vote with one abstention.

Large studies in the U.S., Mexico and Britain found two doses of the Novavax vaccine were safe and about 90% effective at preventing symptomatic COVID-19. One complication: Those studies were done far earlier in the pandemic, well before more contagious coronavirus variants emerged — including the omicron mutant and its relatives.

Novavax chief medical officer Dr. Filip Dubovsky said the company already has tested a booster dose — and it revved up virus-fighting antibodies that could tackle that mutant.

This type of vaccine “we think generates a broad immune response against a broad array of variants,” he told the FDA advisory panel.

And while the trials showed generally people experienced only mild reactions such as injection-site pain or fatigue, the FDA did highlight a possible concern: six cases of heart inflammation, known as myocarditis, found among the 40,000 people who received the vaccine in studies.

Vaccines are coming under close scrutiny for the possibility of that heart inflammation after the Pfizer and Moderna shots were linked to that rare risk.

Novavax argued there were other potential causes for some of the cases in its trials. COVID-19, as well as other infections, also can cause heart inflammation. The company said more than 744,000 vaccinations in other countries so far support the shots’ safety.

The Novavax vaccine is made of copies of the spike protein that coats the coronavirus, packaged into nanoparticles that to the immune system resemble a virus. Then an immune-boosting ingredient, or adjuvant, that’s made from the bark of a South American tree is added that acts as a red flag to ensure those particles look suspicious enough to spark a strong immune response.

Protein vaccines have been used for years to prevent hepatitis B, shingles and other diseases.

That’s very different than the vaccines currently used in the U.S. The most widely used Pfizer and Moderna vaccines deliver genetic instructions for the body to produce its own copies of the spike protein. J&J uses a cold virus to deliver those instructions.

Manufacturing problems held up Novavax’s vaccine but the company said those problems have been resolved. Novavax, a small biotech company, created the vaccine in its research lab, but the Serum Institute of India, the world’s largest vaccine maker, produces most of its shots including those slated for the U.S.

MarketWatch First Take: Google’s earnings should be a warning to investors in Facebook and...