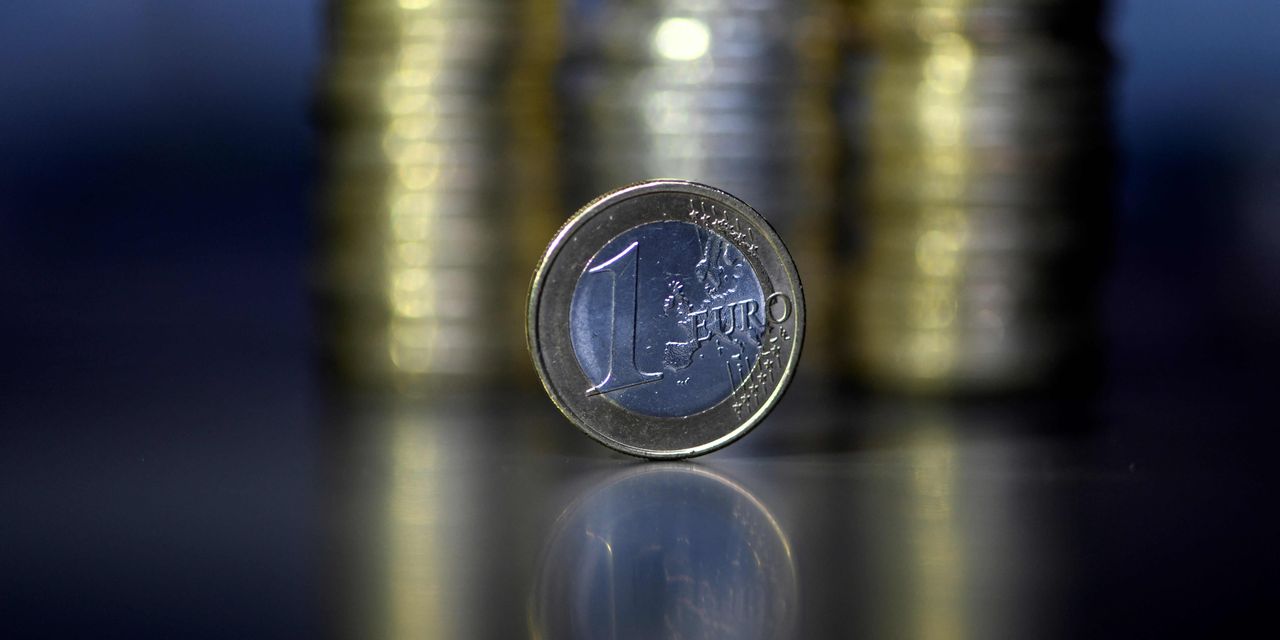 The euro moved another step closer to parity on Monday, with traders betting that high inflation leaves the region’s central bank unable to stop a recession as war rages in Ukraine.

Traders were juggling several concerns over the euro bloc, such as shortages of natural gas for several countries this winter if Russia decides to cut off supply. High commodity prices and potential energy shortages could worsen an already difficult situation on the continent.

One reason traders should expect more euro weakness is the European Central Bank’s unrealistic expectations over its ability to push through with promised hikes, Robin Brooks, chief economist at IIF, wrote on Twitter. And “‘parity’ is a psychological threshold that markets are afraid of. Both will fall by the wayside,” he predicted.

The ECB has vowed to hike at its July 21 meeting next week, and again in September. But some see that as tall order, and overshadowed by the Federal Reserve, which is largely seen increasing rates again after Friday’s strong U.S. jobs data. The ICE Dollar Index DXY, +0.93%, a gauge of the U.S. currency against a basket of major rivals, climbed 1% to 108.11, a level not seen since 2002.

“The euro is under renewed pressure as the market second guesses the ECB’s ability to tighten in line with other central banks and the incoherence/awkward ‘anti-fragmentation’ effort that prevents the kind of forceful balance sheet reduction operations that the Fed has committed to,” John Hardy, Saxo Bank’s head of FX strategy wrote in a note to clients.

Monday also marked the official start of a 10-day maintenance by Gazprom for the conduit that supplies Germany with most of its Russian gas. Some fear that Russia, in response to sanctions over its invasion of Ukraine in late February, will find excuses to keep the tap turned off. Some foreign ministers have been warning their citizens to expect that scenario, as countries work to bulk up supplies ahead of winter.

Other outcomes include maintenance ending as planned, the Nord Stream 1 gas pipeline opening with further flow limits, and then other flows of Russian gas cut off, said Kit Juckes, macro strategist at Société Générale, in a note to clients.

“The worst case (total stop of gas flows) brings recession and probably another 10% fall by the euro from here. The best case, continuation of the status quo, leaves markets nervous and the euro only able to manage modest short-covering relief,” Juckes said.

A Bloomberg survey published on Monday revealed that economists’ now see a 45% chance of a recession, up from 30% in a previous survey, and from 20% before Russia’s invasion of Ukraine.

Joining the euro in a slump on Monday was the British pound GBPUSD, -1.07%, which slid 1% to $1.1892 amid broad dollar strength. The pound has been weakened by political instability at home after Prime Minister Boris Johnson resigned last week, as the hunt begins for his replacement.

Market Extra: A fresh part of the Treasury yield curve is inverting, ahead of...

Weekend Sip: Why Arby’s is partnering with a Wisconsin distillery

AMC shares turn negative after having jumped nearly 12% earlier in...