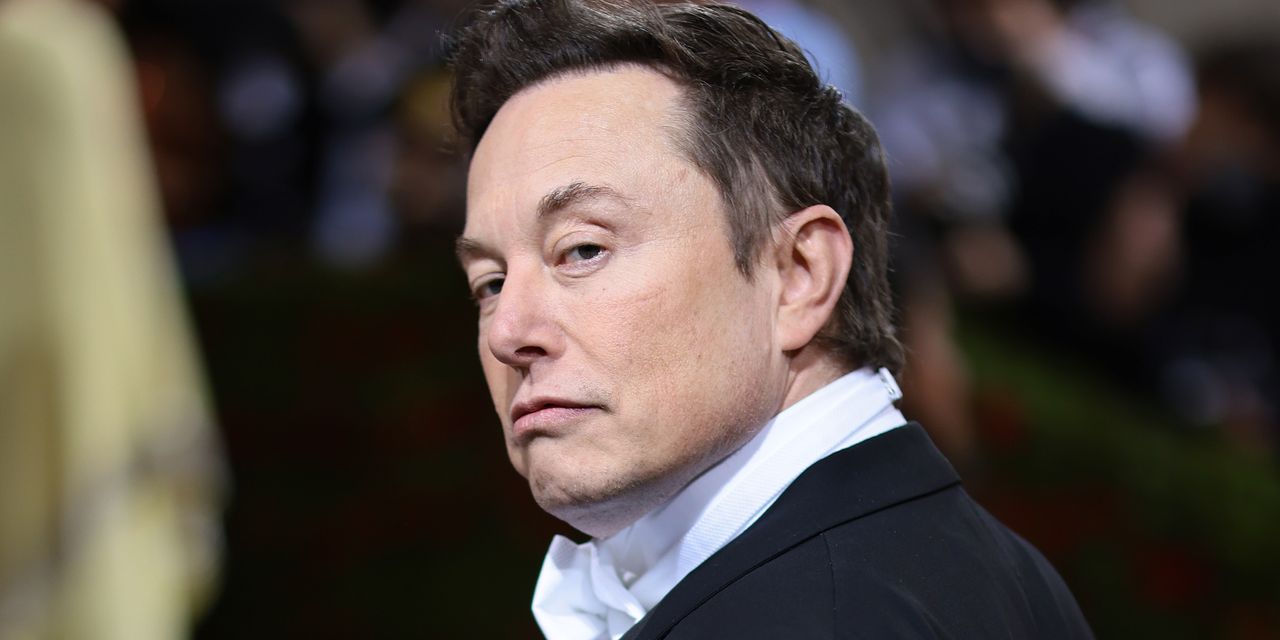 Elon Musk sold nearly $4 billion worth of Tesla Inc. stock in the past three trading sessions, launching the sale a week after closing his $44 billion acquisition of Twitter Inc.

According to filings with the Securities and Exchange Commission that were disclosed Tuesday evening, Tesla TSLA, -2.93% Chief Executive Musk sold roughly 19.5 million shares for a total of about $3.95 billion on Friday, Monday and Tuesday at prices ranging from $189.58 to $219.90 a share. Tesla shares fell in all three sessions, declining 11.2% collectively and closing lower than $200 for the first time since June 2021.

Musk originally reached a deal to purchase Twitter for $44 billion in April, after buying into the company earlier in the year. Musk sought to terminate the deal in July, however, leading to a monthslong legal battle between the richest man in the world and the social network he uses regularly. Facing a court-imposed deadline, Musk completed his purchase of Twitter on Oct. 28 at the agreed-upon $54.20-a-share price.

Musk had already sold $31.81 billion in Tesla stock in the past year before the most recent sales, according to calculations performed by Dow Jones Market Data Group. Those sales occurred in two legs — one in November and December of 2021, which was thought to be for an expected large tax bill Musk would face, and another in April 2022 after the Twitter deal was announced.

After that later round of sales, Musk tweeted, “No further TSLA sales planned after today.”

The Twitter acquisition included cash from Musk as well as debt equity from banks and investments in the private entity Musk had set up to fold Twitter into, called X Holdings. Even with all those inputs, Musk was believed to be short of the total needed ahead of the deal closing, especially when considering that he would have to buy the equity of Twitter employees who had received stock as compensation.

Estimates of the amount of stock Musk would have to sell ranged from $2 billion to $8 billion in recent weeks, according to reporting from Barron’s, a sibling publication to MarketWatch. With the recent sales, Musk’s Tesla stake declined from 465.1 million to 445.6 million shares, taking his ownership position from 14.7% to 14.1%.

Musk was precluded from selling Tesla stock due to a blackout from the beginning of the quarter until the EV company reported quarterly earnings. Tesla reported earnings Oct. 19, with Musk proclaiming in a subsequent conference call that Tesla could one day be worth as much as the combined market capitalizations of the two most valuable companies in the world, Apple Inc. AAPL, +0.42% and Saudi Arabian Oil Co. 2222, -0.14%, commonly known as Saudi Aramco.

: Got a spare room? This school district is hoping you’ll rent it out...

Bond Report: Treasury yields drop by most since June on signs of slowing U.S....