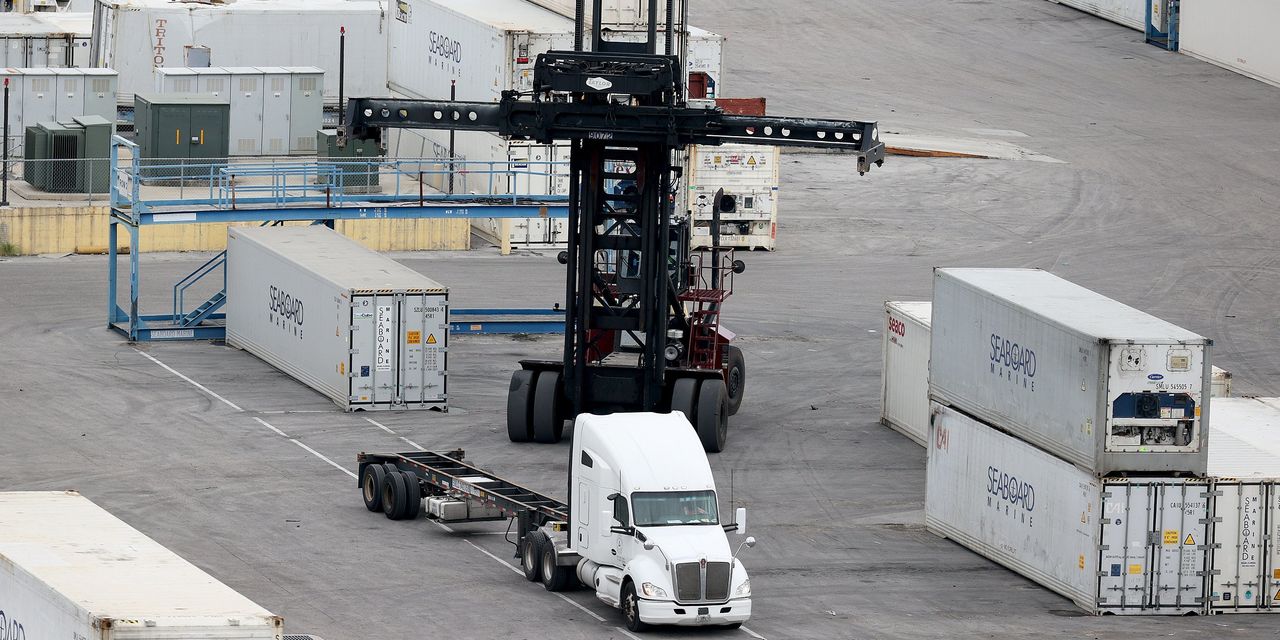 The numbers: The U.S. trade deficit jumped 27% in 2021 to a record $859 billion largely because a recovering economy gave Americans the means to buy more imports. Yet they also paid higher prices due to rising inflation.

The deficit widened in December by 1.8% to $80.7 billion, marking it the second largest monthly increase ever. Economists polled by The Wall Street Journal had forecast a $82.9 billion shortfall.

The bigger trade gap at the end of the year likely reflects efforts by U.S. ports to clear out a backlog of cargo containers and get imported goods to businesses in time for the holidays.

“I think a big part of what transpired here is that retailers continued to work hard to get their goods into the country right up until the last minute of the Christmas season,” said chief economist Stephen Stanley of Amherst Pierpont Securities.

Key details: U.S. imports rose 1.6% in December to $309 billion, topping the $300 billion mark for the second month in a row. Imports had never reached that level before the final two months of 2021.

Exports rose 1.5% to $228 billion in the final month of 2021. That’s also a record high, but exports have grown more slowly compared to imports.

The U.S. continued to regain its appetite for foreign oil. The value of crude imports surged to $138.8 billion in 2021 from a pandemic-depressed $76.5 billion in the prior year.

The U.S. trade deficit with China advanced to $355 billion last year from $310 billion in 2020, but it still fell short of 2018’s record high. The Biden administration has largely kept in place ex-President Trump’s tariffs and is weighing stiffer sanctions.

Mexico is the only other country in which the U.S. trade deficit tops $100 billion.

Big picture: The deficit is expected to subside, but only after the pandemic fades, economies of other countries catch up and demand for America exports recovers to precrisis trends.

Even then, the U.S. has run large deficits for years and that’s likely to continue.

High deficits are generally viewed as a negative because they subtract from gross domestic product, the official scorecard of the economy. It also means the U.S. does not produce enough of what it buys.

At the same time, foreigners have been converting lots of money into dollars and effectively financing the deficits because they see the U.S. as the best place to invest. That’s a sign of confidence, economists say.

Looking ahead: “It’s unlikely that the trade deficit will significant unwind its covid-related expansion until the pandemic is sustainably contained domestically and abroad,” said Mahir Rasheed, U.S. economist at Oxford Economics.

The Big Move: I own a rental home in New York that I want...

The Conversation: New York’s $250 million lawsuit against Donald Trump is the beginning, not...

Mark Hulbert: Stock investors are now starting to feel the 5 stages of bear-market...

Outside the Box: ‘Those state taxes, man’: How much NFL star Tyreek Hill is...

: The man who brought tiramisu to the masses has died....

Mutual Funds Weekly: These money and investing tips can be keys...