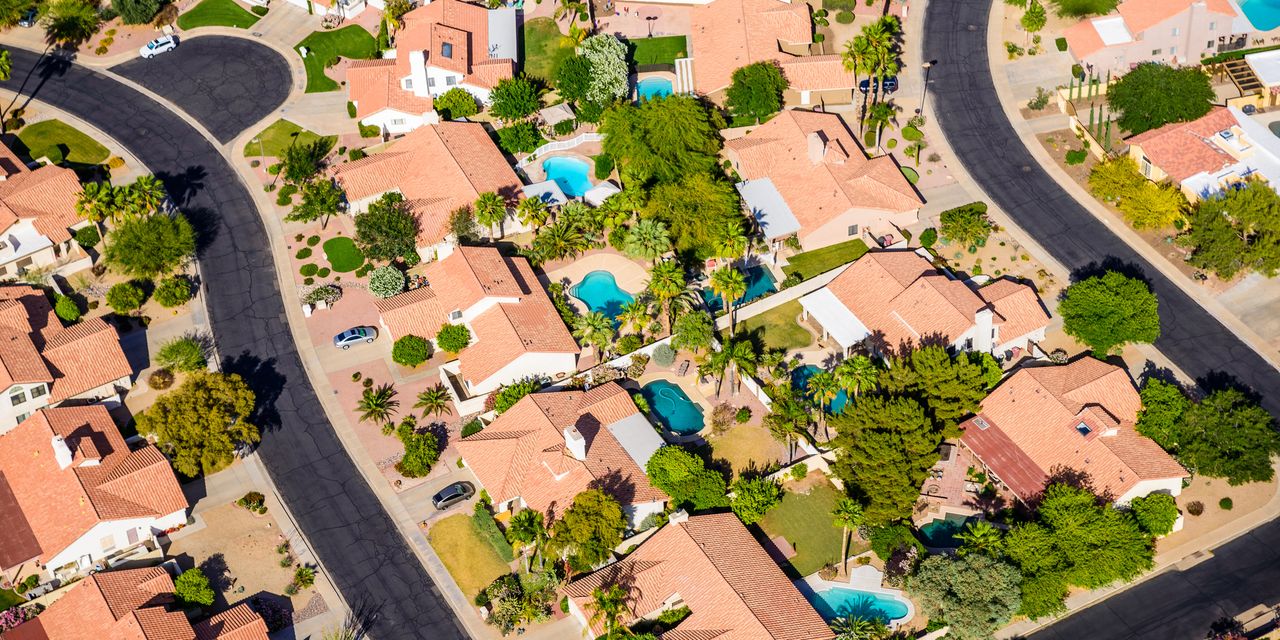 The number: The cost to purchase a home rose by a record amount, according to two major barometers of house prices in the U.S.

The index of home prices across 20 large cities increased at yearly pace of 11.9% in February, according to the S&P CoreLogic Case-Shiller home price index. On a monthly basis, home prices were up 1.2%.

That’s the biggest gain since February 2006.

The separate national index, which measures home prices across the country, displayed a similar 12% gain over the past year.

What happened: Prices rose in all of the 20 cities tracked by Case-Shiller. Among these cities, Phoenix saw the largest increase once again with a 17.4% leap, followed by San Diego (up 17%) and Seattle (up 15.4%).

Separately, the Federal Housing Finance Agency released its own monthly house price index, which showed that home prices were up 0.9% on a monthly basis and 12.2% over the past year as of February. This was a new record high for the index, said Lynn Fisher, FHFA’s deputy director of the division of research and statistics.

“ ‘Housing market strength is reflecting many of the positive and continually improving signs of the economic recovery, including employment gains, consumer savings and more purchase power.’ ”

Regionally, as with the Case-Shiller index, the FHFA measure showed prices accelerating in every region of the country. The Mountain region, which incorporates the states traversed by the Rocky Mountains including Arizona and Idaho, saw the largest gain, with a 15.4% increase.

The big picture: The housing market is charging ahead at full speed, but is it running out of gas? Home prices are rising at a record pace mainly due to the low supply of homes for sale. Inventory has dropped to a record low in recent months. While there’s some evidence that sellers may be coming back into the market, it may not be enough to meet the burgeoning demand, particularly among millennials who have reached the home-buying phase of life.

But the lack of inventory also represents the largest hurdle for the housing market. The pace of sales could very well drop in the months to come, especially if rising prices begin to outweigh rock-bottom mortgage rates to make affordability a major headache once again. While mortgage rates were increasing for much of the first quarter of the year, they have since begun to fall again in light on continued concerns related to the pandemic. Most economists do expect them to rise for the rest of 2021, but the question is how much higher they could go.

What they’re saying: “The housing market is running full steam ahead — with many observers questioning where the train is heading and what the next stop will look like,” said CoreLogic CLGX, +0.06% deputy chief economist Selma Hepp. “Nevertheless, while the sustainability question is reasonable, housing market strength is reflecting many of the positive and continually improving signs of the economic recovery, including employment gains, consumer savings and more purchase power among home buyers, all while mortgage rates remain historically low.”

“We’ve seen 200,000 fewer new sellers than we would typically see in January and February and an additional 117,000 new sellers were missing compared to the typical year in March,” said Realtor.com chief economist Danielle Hale. “These trends have resulted in extraordinarily frustrating trends for buyers, especially first-timers. However, there may be hope on the horizon as we are currently in what is the best time of the year for sellers to list a home for sale in many markets.”

Why the Dow finally bounced this week — and is this market resilience for...

The Wall Street Journal: There may be a silver lining for Aaron Rodgers and...